After selling Honor last year, Huawei may spin off its premium Mate and P smartphone brands next to get around crippling sanctions, according to Reuters. The company has reportedly been talking to a consortium led by investment firms backed by the Shanghai government as far back as last September.

Huawei flatly denied the news, though it did the same when rumors it would sell the Honor brand cropped up. “There is no merit to these rumors whatsoever. Huawei has no such plan,” a spokesperson told Reuters. The Shanghai government also declined to comment.

Obviously, the price of any deal is still unknown. Last summer, however, Huawei topped the smartphone sales charts with 55.1 million units shipped. Sales of the Mate and P Series phones (the latest models are the P40 Pro and Mate 40) were reportedly $39.7 billion between Q3 2019 and Q3 2020, according to IDC. The Mate 40 will be Huawei’s last chip with its high-end Kirin processors, though. That’s because its primary chip manufacturer, TSMC, said it won’t build chips for Huawei anymore — because TSMC sources some components from the US, which has banned US companies from selling to Huawei. Samsung also recently announced that it will stop supplying Huawei with phone chips amid US sanctions.

On the other hand, ARM — the company that makes the chip designs used by all major smartphone makers — has said that it would continue working with Huawei. To that end, Huawei has reportedly been working on a way to manufacture Kirin chips itself using ARM designs. It may decide not to sell the Mate and P brands based on how that goes, according to Reuters.

Shortly after Huawei sold it off, Honor unveiled the View40 5G smartphone powered by a MediaTek processor. That model in theory can now be sold in Europe and the US with Google’s apps, as it’s no longer on the US entity list. If Huawei spun off its premium brands, they could also possibly go on sale again in the west — a nice thing for consumers, as they P40 and Mate 40 are powerful phones. 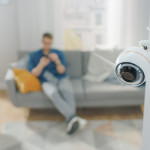 Don't miss a deal at Bodybuilding
Best offers at House of Fraser
Discounts, Sales and Deals at Udemy
Save your money with Boohoo
Online-Shopping with Carphone Warehouse
Best products at Farfetch