Huawei Nova 5, Nova 5i Launch Set for June 21 in China

The Huawei Nova 5i has leaked multiple times in the past on multiple benchmarking apps as well as certification website TENAA. Huawei has now announced that it will be launching the Nova 5 and Nova 5i. These two smartphones are expected to be mid-range smartphones and the company is expected to launch in China on June 21. We can expect Huawei to launch both the smartphones at the same event. The Huawei Nova 5 is going to be the successor of the Nova 4 and will have upgraded internals.

Huawei took to Weibo to confirm the launch of two new smartphones, the Nova 5 and Nova 5i. The Huawei Nova 5i had leaked on certification website TENAA, indicating that the phone will come with 6.4-inch full HD+ (1080 x 2310 pixels) display having a screen resolution. The smartphone is expected to be powered by a Huawei Kirin 710 SoC. It will come in 6GB RAM or 8GB RAM variant and could have 128GB of storage. A 4GB RAM variant could also be in the works as one such example of the Nova 5i was spotted on Geekbench.

The Nova 5i has a quad camera setup at the back consisting of a 24-megapixel primary camera, 8-megapixel secondary camera, 2-megapixel depth sensor, and a TOF camera. It also houses a fingerprint scanner at the back along with an LED flash. Both smartphones are expected to have a hole-punch design which is on the top left corner of the display. At the front, it has a 24-megapixel selfie shooter. The Huawei Nova 5i is powered by a 3900mAh battery, and it runs EMUI 9 on top on Android Pie.

Details of the Nova 5 are unknown at the moment but it is expected to be powered by a powerful processor, most likely the Kirin 970 SoC or Kirin 980 SoC. These smartphones will launch in China on June 21 and most likely launch without Google services. 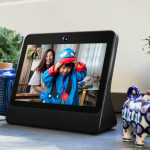 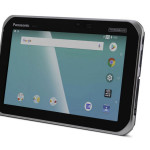 Don't miss a deal at Ancestry
Best offers at O2 Mobile
Discounts, Sales and Deals at Intuit Small Business
Save your money with Sephora
Online-Shopping with Farfetch
Best products at Microsoft Store