Huawei is reportedly working on the first 5G 8K television and could unveil it as early as this year, according to Nikkei Asian Review. The Chinese tech giant, which makes its own 5G chips, would be a newcomer in the television space. Few companies, if any, have floated the idea of a 5G TV, but that kind of connectivity would allow users to quickly download VR and other data-heavy content and watch it on an equally high-res display.

Engadget reached out to Huawei, but the company declined to comment. Despite being banned from selling most of its products in the US on national security grounds, Huawei remains popular in Europe and Asia. The company overtook Apple in 2017 as the world’s second largest smartphone maker in terms of shipments, next to Samsung. As sales of Samsung phones and iPhones begin to slump, Huawei keeps growing. But Huawei’s global success has run into some obstacles, largely thanks to US authorities. The Trump administration has threatened to reconsider intelligence sharing with allies if they use Huawei’s 5G networking gear.

While 8K television broadcasts are still rare, 4K televisions are quickly becoming standard, which means TV makers are looking toward the next big thing. The next PlayStation is expected to support 8K resolution. Samsung and Sony have both begun selling 8K televisions, despite 8K content still being relatively rare. Samsung recently released its Q900 8K television, which costs an eye-watering $70,000. Sony released an 8K TV this year will also set you back $70,000.

While 8K may be too pricey for the average consumer, it’s only a matter of time until that changes. As more households buy smart home appliances that run on 5G, a connected smart television becomes a useful hub. As VentureBeat notes, the Huawei 5G TV could serve as a router for other devices as well. 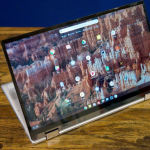 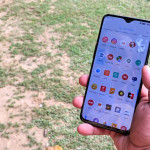 Don't miss a deal at Currys
Best offers at Turbo Tax
Discounts, Sales and Deals at John Lewis
Save your money with TalkTalk Phone and Broadband
Online-Shopping with EE Mobile
Best products at Argos