Wyze’s $20 security camera has a price and value proposition that’s difficult to beat, but with the C20, Imilab is certainly game to try. At $34, the camera’s a whopping $14 pricier, and it’s not suitable for outdoor use like the Wyze, but it does have a killer feature that Wyze has yet to touch: a motorized pan and tilt system that lets you reorient the image via the Imilab Home app.

While inexpensive options are becoming more commonplace, so-called PTZ cameras have long been associated with outsized price tags and large, unattractive housings. The Imilab C20 however, is quite demure, a cute sphere mounted on top of a hockey puck base that will fit in with any of your existing smart home gear. The system has no battery and requires full-time power; a micro-USB cable and an A/C adapter are both included in the box, along with wall-mounting hardware. A blue LED flashes on the front of the camera when it’s recording, but this can be turned off in the app. 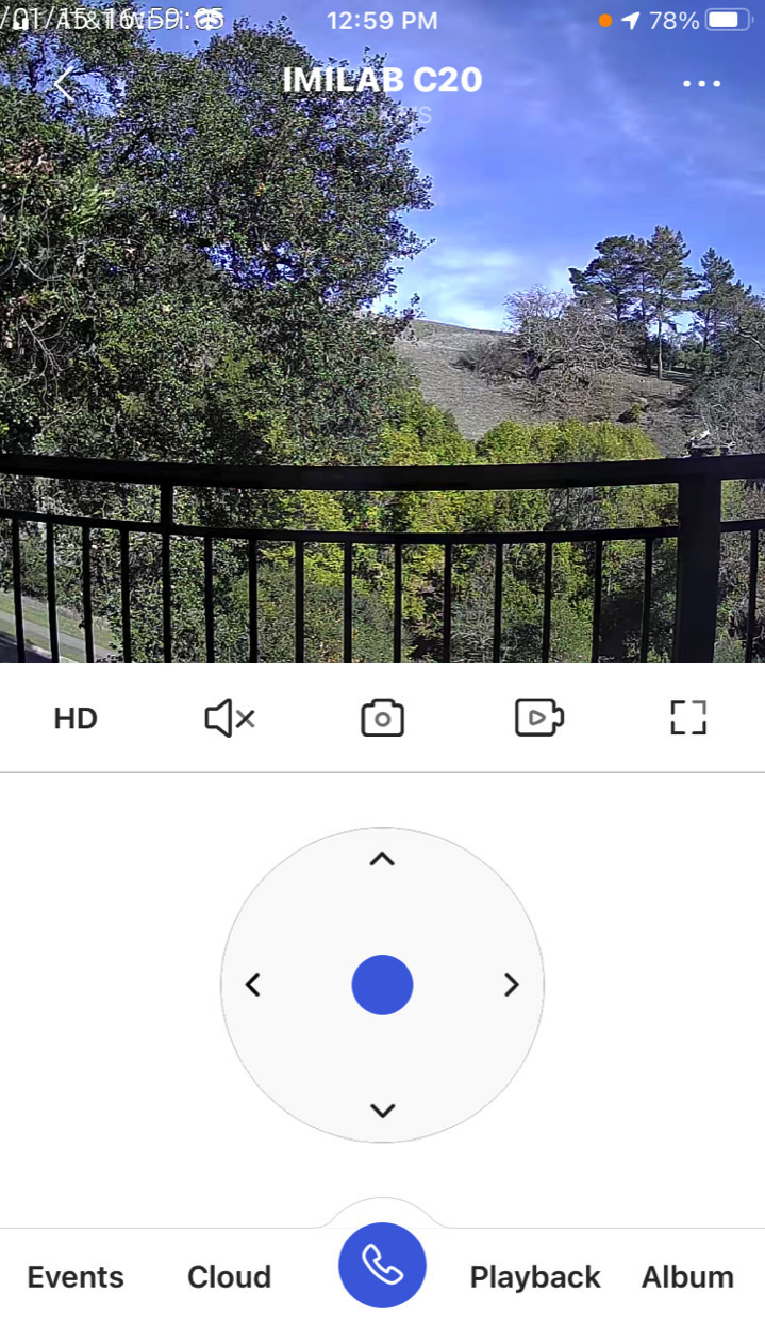 Setting up the camera and connecting it to my Wi-Fi network (2.4GHz only) wasn’t entirely intuitive, but it was fairly easy to muddle through to get things going; the initial connection to my network failed, but a second attempt got everything running reasonably quickly.

Imilab also doesn’t offer a lot of handholding when it comes to operation—once you have it installed, the manual is mute—but it’s reasonably intuitive when it comes to sussing out its features. For starters, there’s the live view, a crisp 1080p image that can be controlled with a four-way virtual joystick that’s front and center in the app. The camera silently spins horizontally through a full 360 degrees, though note it cannot rotate continuously around and around; you’ll have to rotate back the other way once it gets “stuck.”

Vertically, you have 105 degrees of viewing angle to play with, and a capable night vision mode kicks in automatically after hours. Two-way audio is also supported, so you can speak through the camera and get a response, all with the touch of a button on the app. And finally, the camera also supports Alexa devices that have displays, so you can view your video remotely (though I did not test this functionality).

The camera offers two options for saving video. A microSD card slot on the camera lets you save video locally, or you can opt for Imilab’s cloud storage service (which can’t be absconded with as easily). The cloud plan gives you unlimited storage limited by time: A 7-day history runs $1.99 per month or $19.99 a year, while a 30-day history costs $6.99 per month or $69.99 for a year. You can also save still images directly to your mobile device via the app without either storage, but you can’t store video that way. 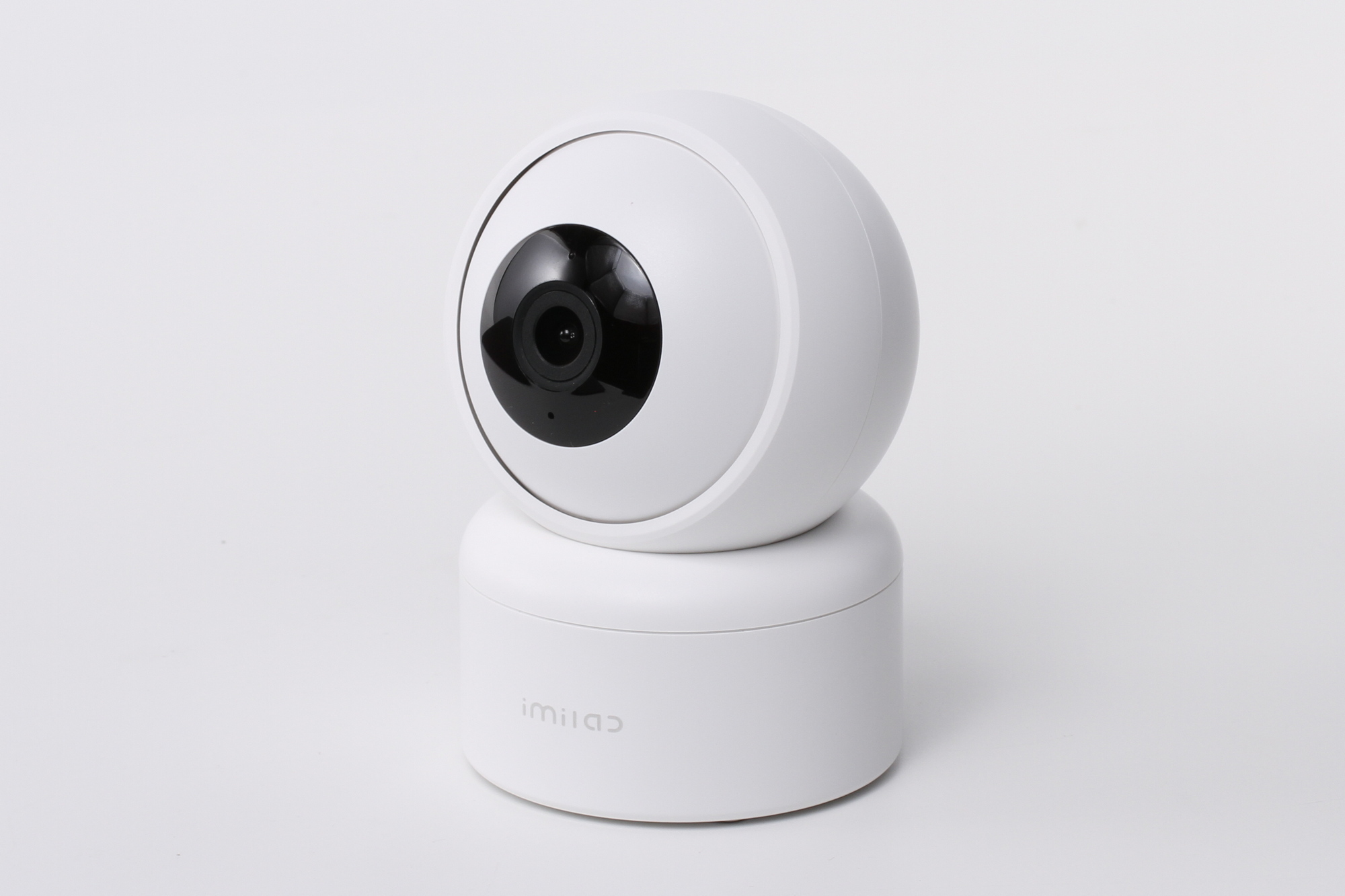 One of the more interesting features of the Imilab C20 is its ability to detect humans and follow them, automatically panning the camera as they move around the room. This worked fairly well in my testing, though the camera was occasionally prone to panning away from the human in the room, spinning away from the action to record a video of the wall instead. Also, I often found the camera spinning on its own when I had it aimed outside, through a window, though no person was visible in the frame. The automatic tracking features can easily be disabled in the app.

The camera is also designed to behave similarly when it detects a loud sound (so it can be used as a baby monitor, for example), but I was unable to get the camera to respond at all to loud noises during my testing. Another bug: The system is supposed to be able to send push notifications when it detects motion or sound, but I never received notifications of any kind, despite ensuring both were turned on in the device settings.

While the camera is generally responsive and the image quality is better than expected, my biggest frustration was how frequently it stopped responding, throwing out a “buffering” message that could last for up to a minute. Other errors (“Turning on failed. Try again later!”) were also common. These reliability issues are what really keep the camera from being appropriate for serious security needs, but considering it’s priced at less than $35, I wouldn’t hesitate to pick one up for incidental monitoring, such as solving the mystery of who keeps eating all the cookies.

A rock-bottom price for this PTZ camera makes up for some of its operational failings. 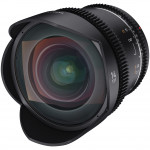 Don't miss a deal at Microsoft Store
Best offers at Vimeo
Discounts, Sales and Deals at Argos
Save your money with H&R Block
Online-Shopping with Bodybuilding
Best products at O2 Mobile