In a recent court filing, Intel revealed that it sold its smartphone modem chip business to Apple at a “multi-billion dollar loss” as it was allegedly forced out of the market by Qualcomm.

The US chipmaker made this claim in a brief filed with the 9th US Circuit Court of Appeals where its rival Qualcomm is currently trying to overturn an antitrust decision against it following a lawsuit by the US Federal Trade Commission.

Back in May, US District Judge Lucy Koh in San Jose wrote a 233-page decision in which she said that Qualcomm’s patent licensing practices “strangled competition” in the modem chip market. Koh then ordered the co

However, Qualcomm appealed the ruling and it won’t be enforced until after the appeal is concluded.

In a recent blog post, executive vice president and general counsel at Intel, Steven R. Rodgers explained that the chipmaker was forced out of the market due to Qualcomm’s patent licensing practices and he argued that the decision against the company should stand, saying:

“We invested billions, hired thousands, acquired two companies and built innovative world-class products that eventually made their way into Apple’s industry-leading iPhones, including the most recently released iPhone 11. But when all was said and done, Intel could not overcome the artificial and insurmountable barriers to fair competition created by Qualcomm’s scheme and was forced to exit the market this year.”

Qualcomm has denied the FTC’s accusations against it and other parts of the US government have even urged the appeals court to pause enforcement of the FTC ruling against the company.

However, replacing Qualcomm won’t be so easy as both the Pentagon and the Department of Energy said in July that Qualcomm was a “trusted” supplier of 5G technology and that the firm would be “impossible to replace” in the short term. 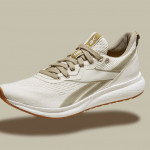 Reebok's new performance shoe is made from plants 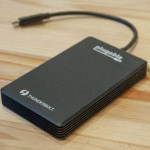 Don't miss a deal at The Home Depot
Best offers at John Lewis
Discounts, Sales and Deals at Mobiles
Save your money with Boohoo
Online-Shopping with Udemy
Best products at Sky