iOS 13.6 is here, bringing CarKey and improved Apple News to your iPhone

While fans of Apple’s software may have already downloaded the iOS 14 beta, those who haven’t can now download iOS 13.6, which has rolled out for iPhone users around the world.

While the update doesn’t bring all the new features that are coming with the next full version of the iPhone OS, it does bring a few interesting new features and changes.

One of these is CarKey, shown off by Apple at its WWDC 20 keynote as a way of unlocking your car using your iPhone. While the number of people with compatible cars who might make use of it is likely quite small at the moment, it’s an area of technology that’s set to grow in the coming years.

Another iOS 13.6 change is to Apple News. The service is now offering select stories in audio form, so you can listen as a form of podcast, and Apple says it’s going to release roughly 20 stories like this from select publications per week.

There’s also Apple News Today, a news podcast that the company is releasing on its news app, which runs through some of the biggest stories each day.

Anther change in iOS 13.6 is that going forward, you won’t have to download new operating system updates straight away – instead, you can schedule your phone to download and install them when the device is plugged in for the night.

iPads have had this functionality for a while now, and while it doesn’t always work, it’s still useful, as it stops your device unexpectedly shutting down on you. 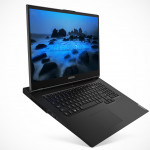 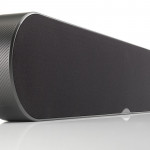 Don't miss a deal at Adobe
Best offers at Brian Tracy
Discounts, Sales and Deals at TalkTalk Phone and Broadband
Save your money with The Home Depot
Online-Shopping with Ancestry
Best products at House of Fraser