iOS 14 may introduce a new translation feature to your iPhone

An early build of the upcoming iOS 14 update has shown off one of the core features you can expect it to bring to your iPhone later in the year.

According to software seen by 9to5Mac, Apple is including a built-in translator within the Safari app. That’ll allow you to translate a page within the web browser without using a third-party app.

9to5Mac also found the translation option was being tested on other apps throughout the Apple ecosystem. The website gave the App Store as a clear example, which if rolled out allow you to read reviews of apps and games that are written in other languages.

All of the translation is also set to be done on your device itself, so you wouldn’t need an internet connection to be able to use it. It’s also thought the new tech that will allow for this, will allow Siri to complete translations offline.

Another feature spotted allows you to automatically translate web pages to your preferred language when you’re using them. Always want to be able to read your tech news in a different language to your iPhone’s operating system? That’s now an option.

Finally, the software has also shown a tool that allows you to switch between the original text and the translation without reloading the page. That should allow you to compare text in both languages to make sure the translation is correct.

Alongside that, the website also had a glimpse at the iPadOS 14 upgrade. It’s not clear if the same translation features will be included – but we’d expect them to be – and the software suggests a big upgrade is increased Apple Pencil support.

According to the early build of iPadOS 14, the software will allow you to use the Apple Pencil to draw on top of websites or scroll through a page using the stylus.

Take this all with a pinch of salt for now as there’s a chance these features won’t make it to the final build of either software. We expect to hear about iOS 14 and iPadOS 14 in the coming weeks though as the company hosts an online-only WWDC 2020 starting on June 22. 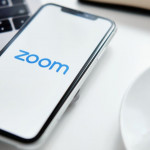 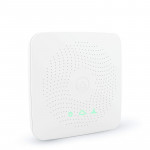 Airthings Hub review: Now you can get your Wave air quality readings on demand

Don't miss a deal at House of Fraser
Best offers at Newegg
Discounts, Sales and Deals at Bodybuilding
Save your money with O2 Mobile
Online-Shopping with John Lewis
Best products at Myprotein