Apple’s iPad Pro 2021 is rumored to sport a mini LED display in 2021, but that may in fact be a temporary upgrade before finally switching to OLED for the iPad Pro 2022.

We first heard that Apple will transition iPads to mini LED screens in late 2019, and noted analyst Ming-Chi Kuo recently predicted we’ll see them as early as 2021. But the new rumor suggests Apple will instead tap Samsung and LG to produce hybrid OLED panels for iPads beginning in 2022, according to SamMobile.

These hybrid OLED panels will allegedly be thinner than usual OLED screens, which Samsung is reportedly calling ‘Ultra Thin’ (UT) panels, while LG is calling them ATO (Advanced Thin OLED). Samsung is allegedly already gearing up to start producing these for Apple, a source told SamMobile.

It’s not too surprising for Apple to switch to OLED displays on its iPads, since it’s already using Samsung OLED screens across the iPhone 12 line – the first iPhones to shift away from LCD.

But it would be interesting for Apple to switch from mini LEDs so quickly. Apple reportedly invested in a new Taiwan facility to manufacture mini LED displays in mid-2020, and we’ve yet to see a product feature the new screens.

Instead, Apple might only use OLED screens in its higher-end iPads and use mini LED in its cheaper tablets = or MicroLED, as SamMobile claims, which is a different kind of lighting tech, casting further uncertainty on which will end up in the iPad models. 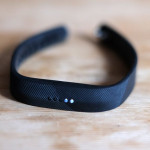 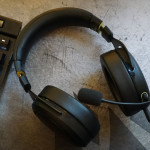 Don't miss a deal at Farfetch
Best offers at Argos
Discounts, Sales and Deals at Argos
Save your money with Nike DE
Online-Shopping with TalkTalk Phone and Broadband
Best products at Groupon