Is the Mostly-Ignored Amazon Photos a Good Google Photos Replacement?

Jim Salter at Ars Technica decided to take a second look at Amazon Photos, a platform that has flown pretty under the radar since its launch in 2014. Now that Google Photos no longer offers free unlimited high-resolution storage, Salter decided to give Amazon a second try.

Admitting the platform is lesser-known despite its age, Salter says that Google’s choice to kill off its free unlimited plans suddenly makes Amazon an attractive option. And while its services are limited to personal use (you cannot use Amazon’s platform for a commercial business without violating the company’s terms of service), the fact anyone with a Prime membership can store an unlimited number of original-resolution images would make it worthy of new consideration as long as the experience was palatable.

Amazon Photos works across multiple operating systems. It has a desktop application that is supported on both Windows and Macs, can be accessed by supported apps on the Apple App Store and Google Play, and additionally links to Amazon Fire devices.

For straight backups, Salter found little to complain about with the Amazon Photos desktop application. And while the editor (which is accessible through a browser or as part of the desktop app) was only “serviceable,” it’s likely that interested PetaPixel readers wouldn’t be looking to Amazon to provide editing capability.

One of the benefits of using Google Photos was easy access to prints, but Amazon Photos has you covered there as well but with even more options. According to Salter, Google only gave you one choice: the size of the print. Amazon offers photo prints in glossy, matte, lustre, or pearl finishes in a bevy of sizes from 4×5.3 through 20×30 inches.

Google also offers canvas and photo book options, which Amazon also has along with a list of other merchandise ranging from Christmas ornaments to mugs and blankets. And as expected with Prime, delivery of these items is free.

After looking at how it operates and the number of options available with it, Salter finds little reason to recommend against Amazon Photos, a platform most have forgotten exists.

While none of these services are going to likely give anyone everything they’re looking for forever, many photographers don’t want to deal with the upfront cost and hassle of a NAS or other storage solutions. So while using Amazon Photos is just giving your business to another giant corporation – something many are vehemently against – it will be equally as hard for many photographers looking for an easy plug-and-play solution to deny the appeal of what’s on offer here. 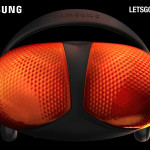 Don't miss a deal at Vimeo
Best offers at Marks and Spencer
Discounts, Sales and Deals at Myprotein
Save your money with Mobiles
Online-Shopping with Adobe
Best products at Udemy