The Kami Indoor Camera promises a lot but is, ultimately, infuriating to use

There can’t be many products that describe their purpose so neatly as the Kami Indoor Camera. It’s a security camera for indoor use; what more do you need to know?

Actually, that does sell it a bit short. Because, while other cameras we’ve looked at from the cheap and cheerful £20 Neos Smartcam all the way up to the £450 Arlo Ultra have a fixed position, the Kami Indoor Camera’s lens sits on a motorised base that can spin a full 360 degrees and tilt up and down, too. These combine to let it see everything in the room.

Does it do the job? Yes, but you’d better be prepared to wrestle with one of the worst apps I’ve ever seen. 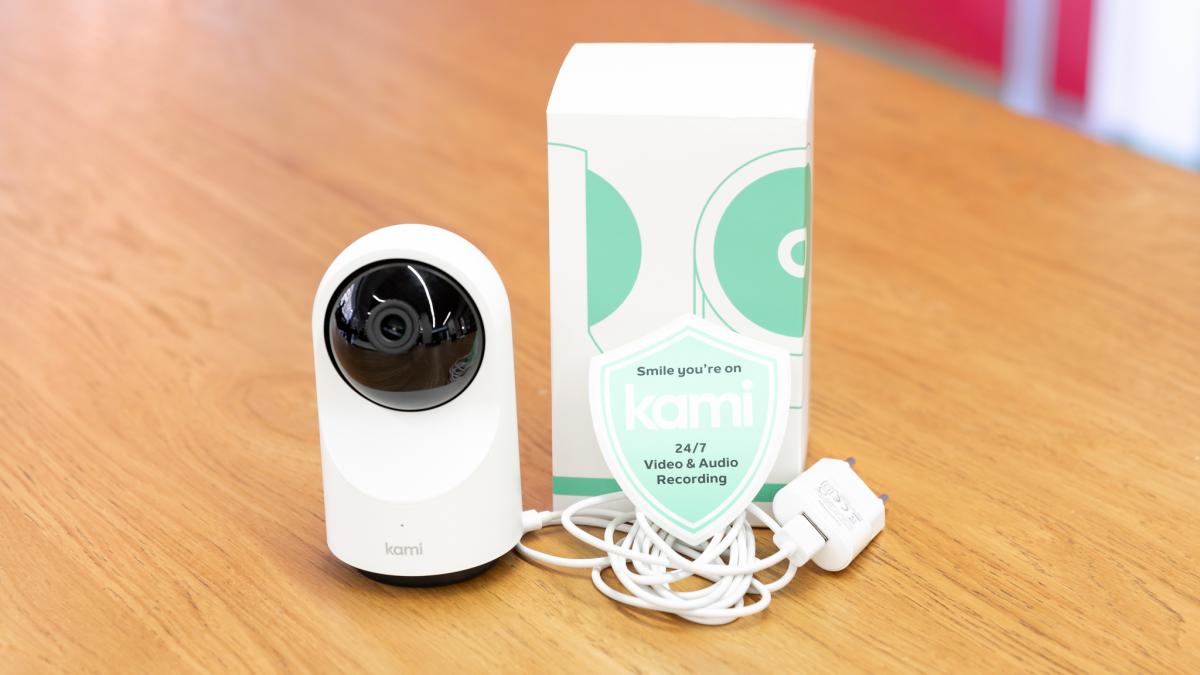 Kami Indoor Camera review: What you need to know

The Kami Indoor camera is marked as being for indoor use only – and that’s not just because it needs to be connected to the mains to function. Outdoor cameras are protected with waterproofing and tested to work in extreme cold. The Kami Indoor Camera is neither and, to be fair, the clue is very much in the name.

What it does do, however, is everything you’d look for in a security camera before we get on to its party trick. Connecting to your Wi-Fi network via the 2.4GHz or 5GHz spectrum, it captures in 1080p HD, with night vision mode for low-light conditions, and it can detect movement to spring into action when activated. 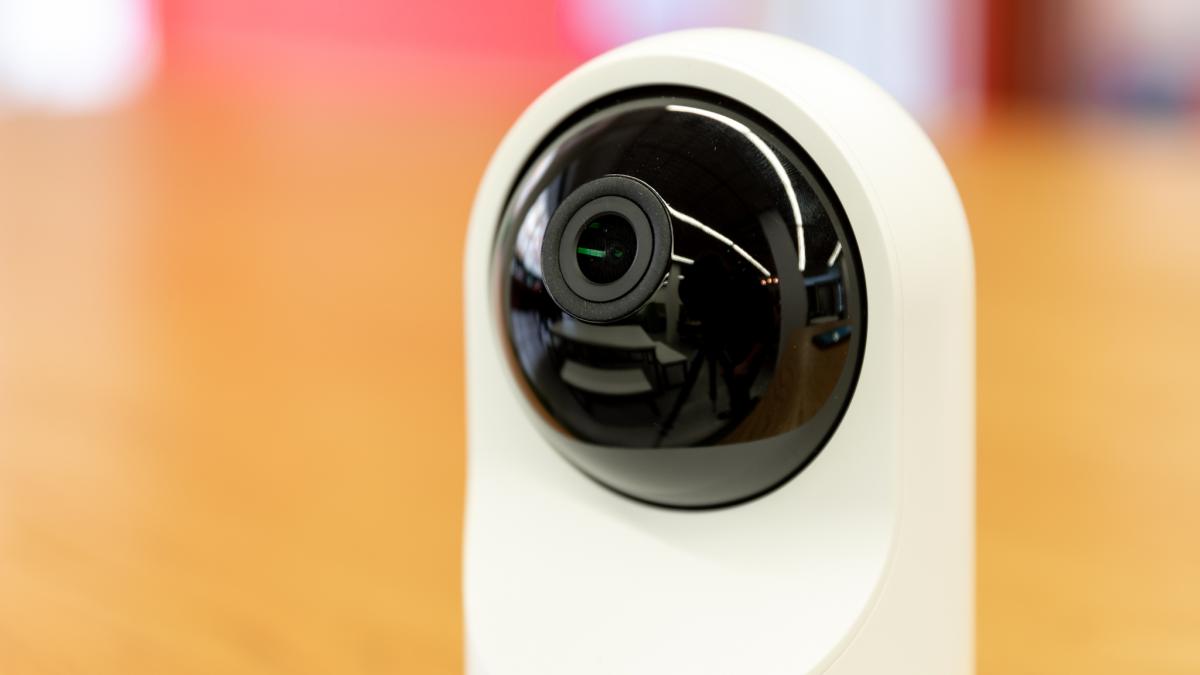 It has a two-way microphone, meaning you can both hear what’s going on and send a warning message to any intruder you see and, if you use it as a baby monitor, you’ll be pleased to know it has built-in crying detection. The privacy mode is neat, too – when you don’t want the camera spying, the lens aims upwards inside the body, meaning it captures nothing.

Then there’s it’s special skill. Because the base rotates, and the camera lens can move up and down on an axis, the camera gets a full 360-degree view of the room. Technically it can’t see immediately above it, but unless you have burglars rappelling in through a skylight, then that’s unlikely to be an issue.

When it’s activated, the camera can also lock on to movement, tracking whatever it spots as it moves around the room. This works, although not brilliantly. It caught sight of both myself and the cat moving across the room, but it always seems to trail a little behind and, even in this gentle test environment, it was trivial to stroll far enough ahead of it to prevent it getting a look at my face. 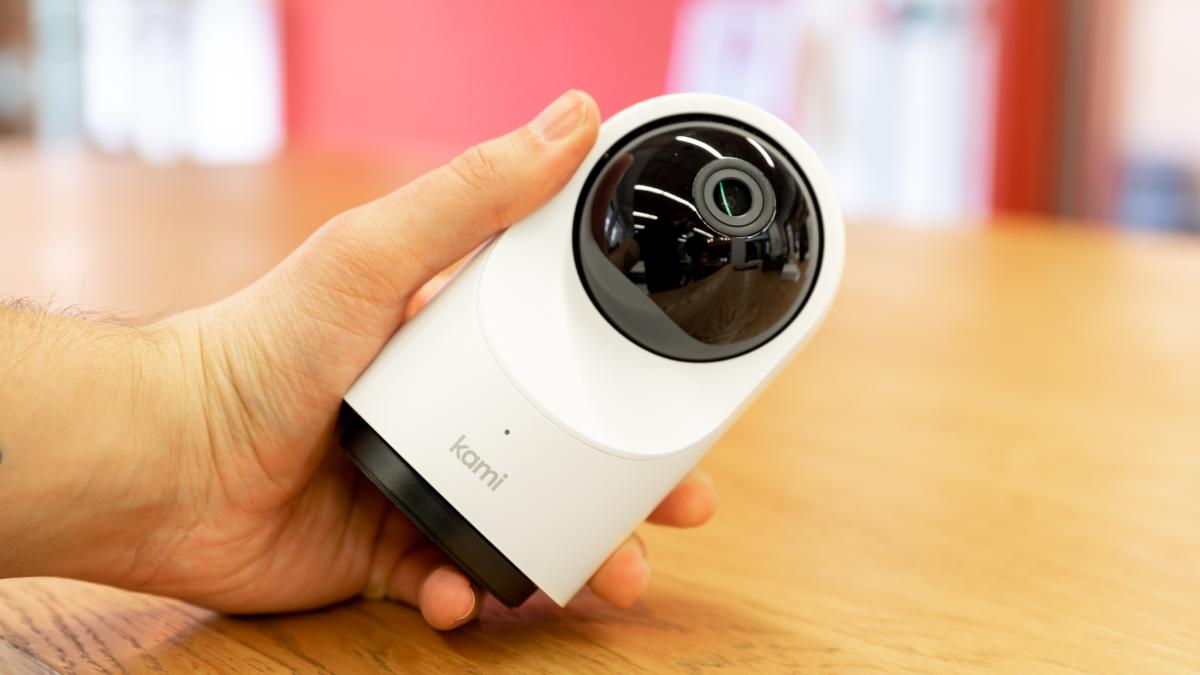 Setting up is simple enough and it will record and store six-second clips then store them for a week for free. However, I’m not keen on the app used to control and access this at all. In particular, I simply couldn’t figure out how to download any of the clips.

Even after starting a month’s free subscription to try and get some footage to share with you, dear reader, the app stood in my way at every opportunity. Despite there being a whole section of the app dedicated to downloaded videos there’s simply no obvious way of downloading those clips. 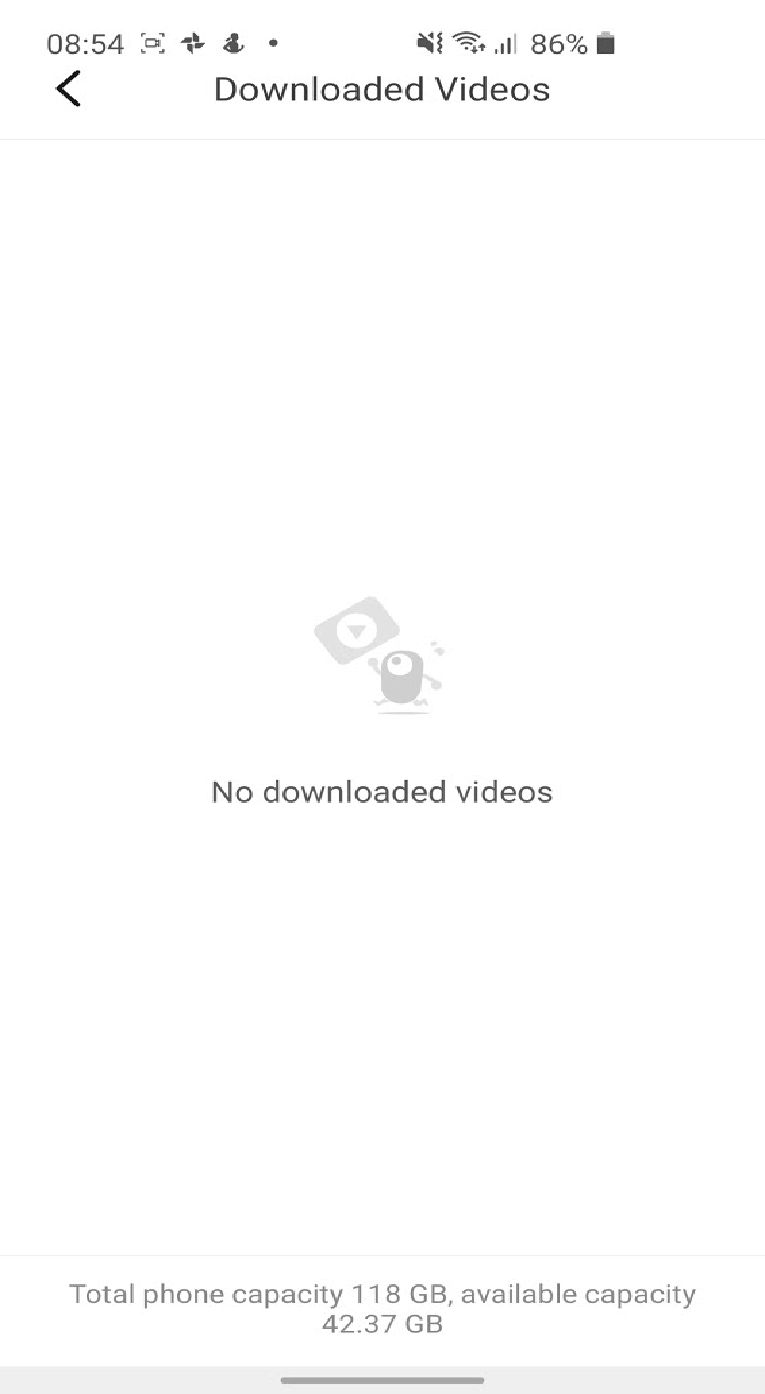 Swiping on clips stored in the cloud doesn’t work. Holding a finger down on them doesn’t work. Putting them in full screen and looking for extra buttons comes up empty – although that did allow me to grab the screenshots included in this review for your viewing pleasure. 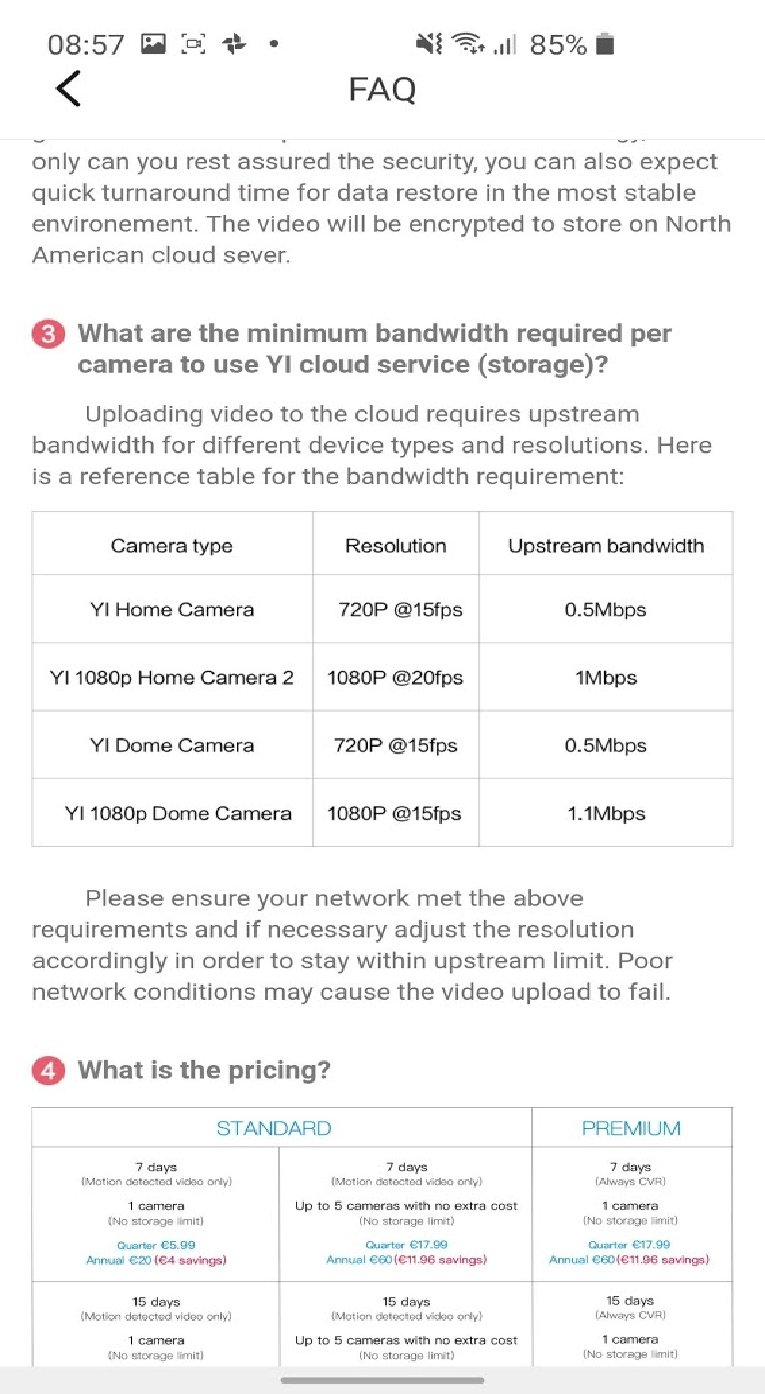 You know what also doesn’t work? The FAQ button, which tells you all about Yi Cameras from the same company. Unfortunately, there’s nothing about the camera I’m actually using.

Kami is a rebrand of Yi, so in theory that’s not a problem – just look up the equivalent Yi camera and you’re golden. Except the Kami Indoor Camera isn’t exactly the same as the Yi equivalent; in particular, it doesn’t have a microSD card slot. One suspiciously glowing review on the site insists a microSD slot exists but Kami itself, however, is clear that there isn’t.

Still attempting to download clips, I attempted to download the PC software, as the FAQ suggested. It hung on this screen forever: 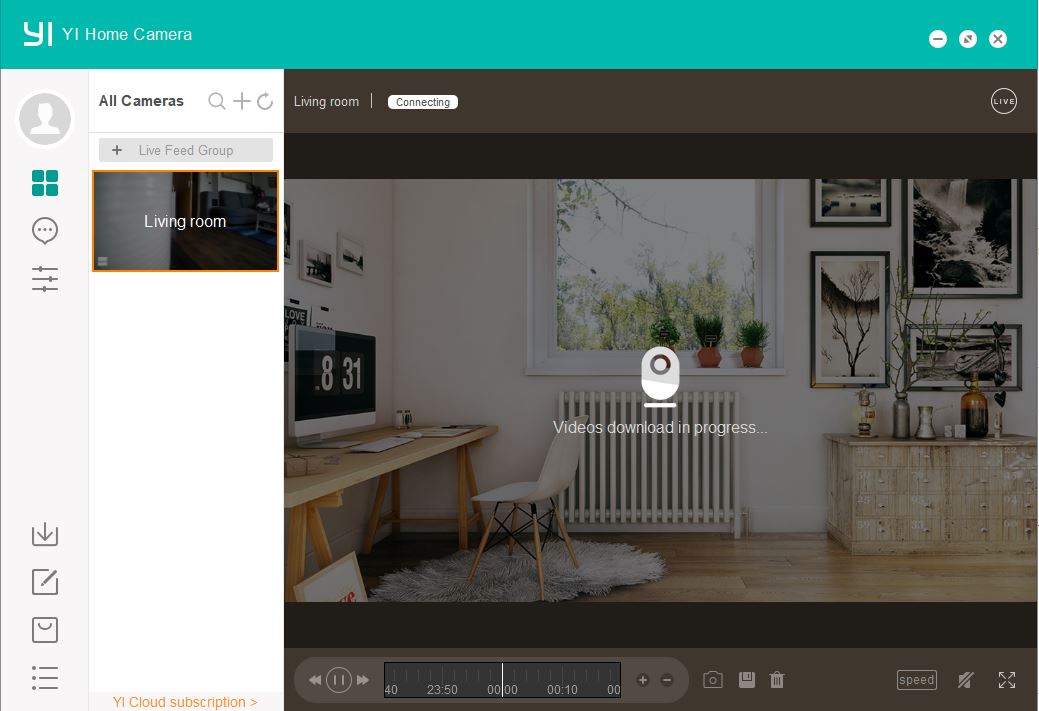 So instead, you’re going to have to imagine what you’re missing with this screen capture straight from my Samsung Galaxy S10e. I know this is a poor substitute, but in the absence of competent software it’s all you’re getting.

It’s a shame because there’s some good functionality here, if you’re patient enough to play trial and error for hours on end. If you go to the live view of the camera, for example, you can control the camera yourself either with the phone’s gyroscope (unwieldy) or with a virtual analogue stick. You can schedule times for the camera to be active, too. Neatly, the app lets you set bookmarks in the room you can immediately jump towards – the window, say, or your dog’s basket. Just don’t expect it to successfully identify the dog as a dog: 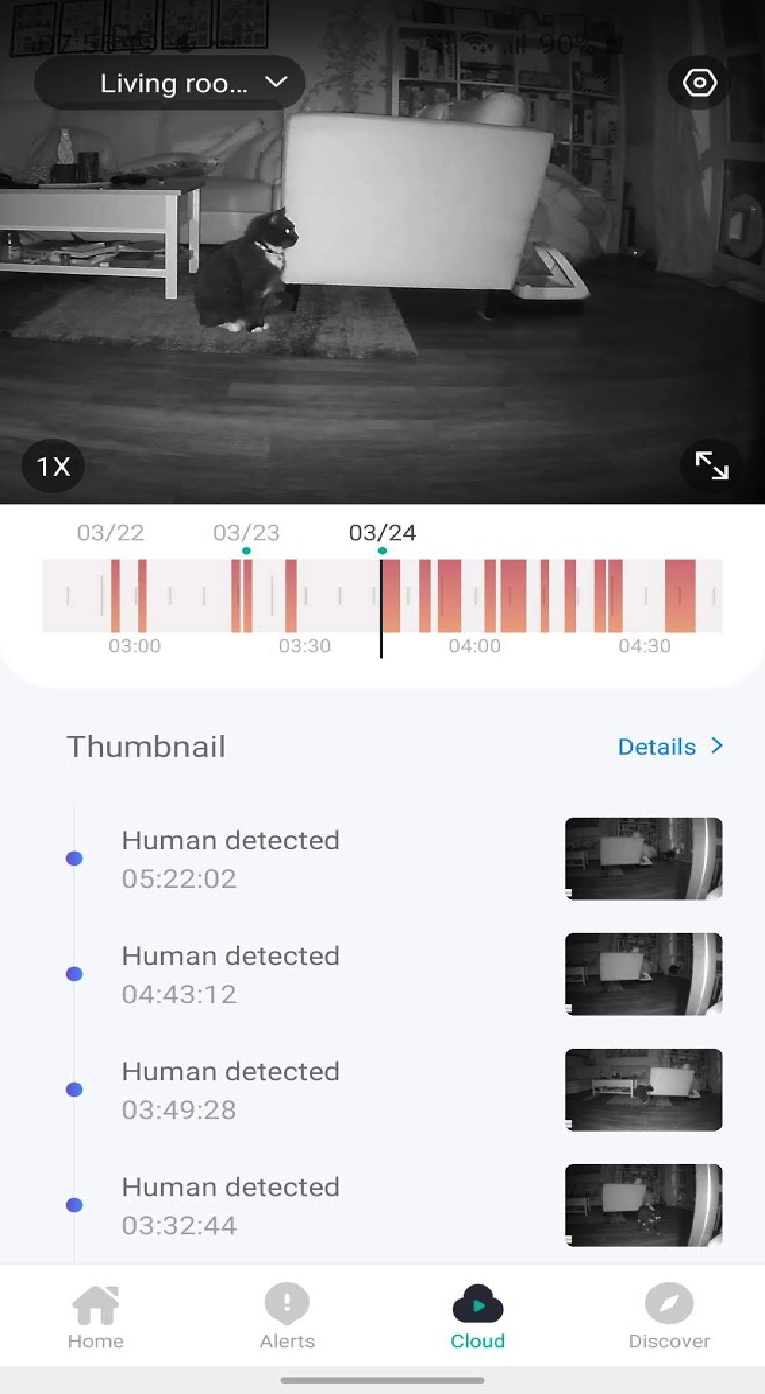 The Kami Indoor Camera costs £80 but, as with many similar security cameras, there is a fairly significant catch to this: subscription costs. A subscription theoretically isn’t necessary, but the free cloud storage is limited: clips are limited to six seconds and will be deleted after a week. If you want real security, however, you’re going to have to stump up some money, especially as there’s no SD card slot for local storage.

Prices start at £9.99 per month for up to five cameras, which is steep, with clips stored for 15 days based on motion detection, or £14.99 if you want 30 days’ worth. You can cut down the cost of this to £150 per year (or £12.50 per month) if you pay in one go. Notably, you can also upgrade to CVR (constant video recording) for £7.99 per month per camera, with footage wiped after seven days – impressive, given this is a feature that not all home security brands offer. 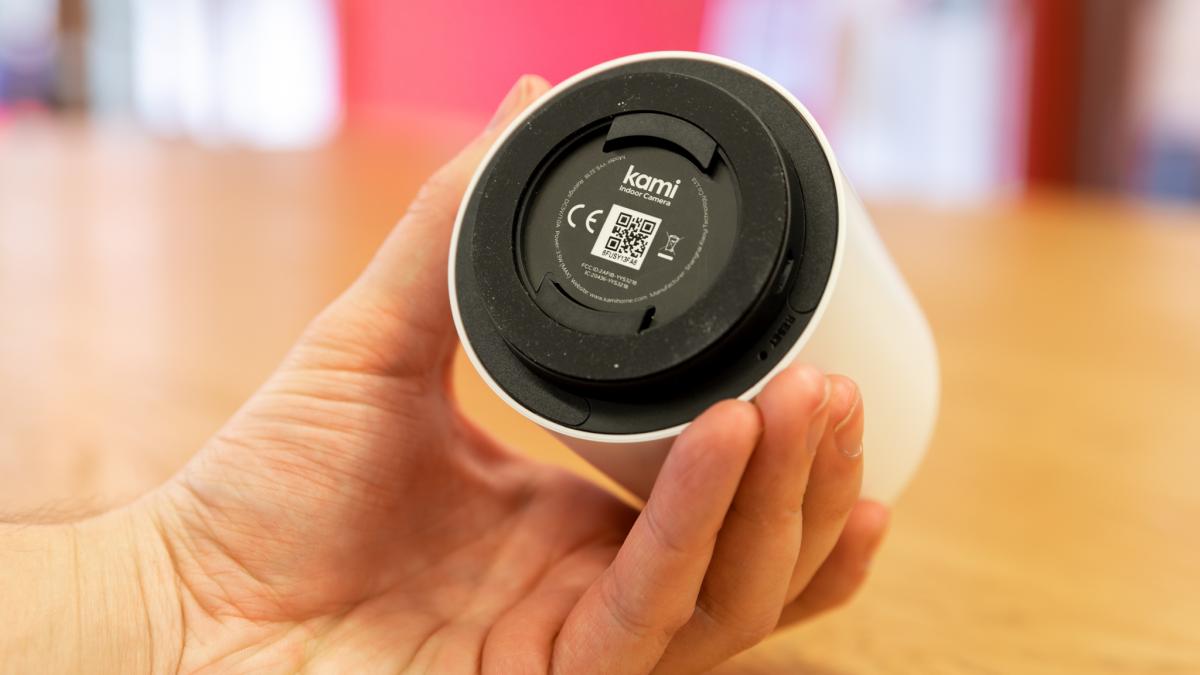 So what else could you consider? The Neos Smartcam is the obvious choice – a 1080p camera with free cloud storage for just £25 makes it a bonafide bargain. Alternatively, Blink offers some excellent cameras for both inside and outdoors, with the added reassurance that parent company Amazon’s giant cash reserves make the free offering reasonably safe for the foreseeable future. The 720p indoor Blink camera sells for £80, while the outdoor Blink XT2 goes for £100.

When the Kami Indoor Camera works, it’s reasonable, I guess. But the experience even writing this review has made me want to smash things, with the least intuitive app I’ve ever been forced to use. 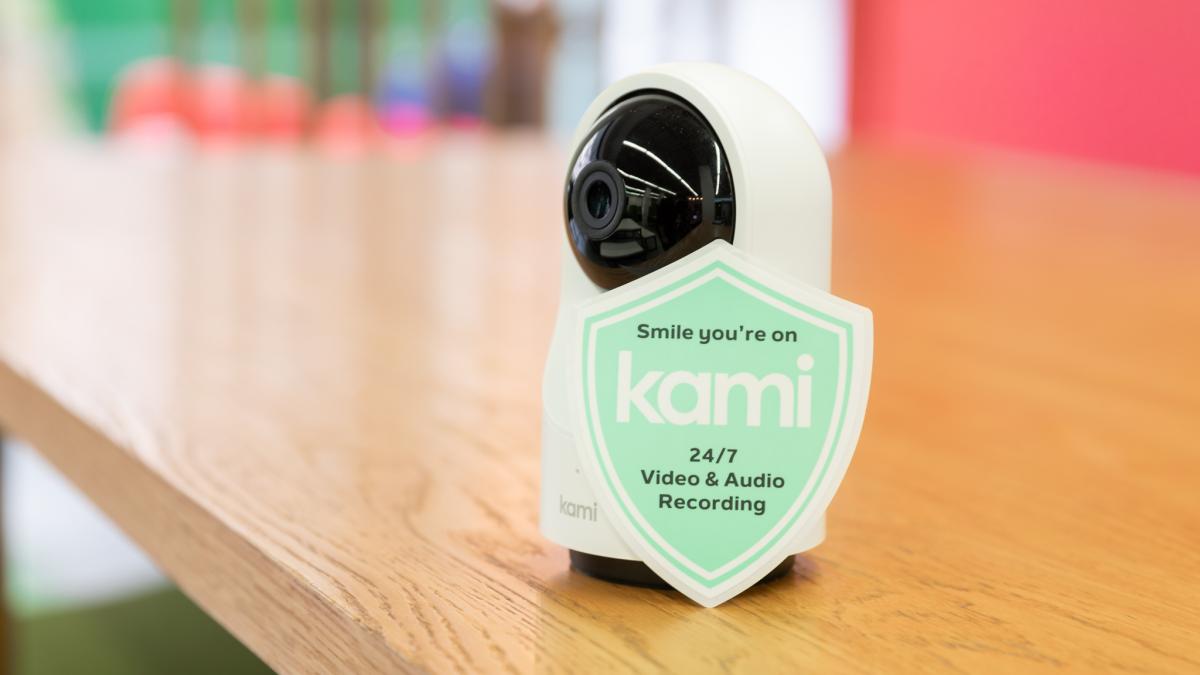 The tracking is clever – if a little jarring – and the footage seems okay as far as I can tell without putting it onto the big screen but security cameras shouldn’t be this difficult to get working convincingly.

Save yourself a whole heap of headaches and buy three Neos smartcams for the same price, then spend the spare fiver on a couple of share bags of Maltesers instead. 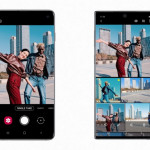 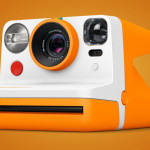 Is the new Polaroid Now the perfect camera for family isolation? Read our review

Don't miss a deal at Go Daddy
Best offers at Sephora
Discounts, Sales and Deals at Ancestry
Save your money with Newegg
Online-Shopping with Bodybuilding
Best products at Vodafone UK