Taiwan Semiconductor Manufacturing Co (TSMC), the world’s largest contract chipmaker, has reportedly stopped taking orders from Huawei following the latest round of sanctions by the US government.

Huawei has been on the US ‘non-entity’ list since 2019, a status which bans it from doing business with American tech firms on national security grounds.

This has limited its access to key technologies such as Google applications and US-manufactured components.

TSMC has become an increasingly important supplier over the past year, producing Huawei’s custom processors and providing it with key components such as networking chips. The Chinese mobile giant is now TSMC’s second largest customer, after Apple, accounting for anything up to a fifth of its revenue.

However Washington is intent on increasing the pressure on Huawei and has closed what it believes to be a “technical loophole” that allows chipmakers to ensure their components are not classified as ‘US-made’ despite including American technologies.

All chipmakers wanting to supply Huawei will have to apply for a licence, handing the US government greater control over the company’s supply chain.

Nikkei says TSMC is no longer taking new orders from Huawei but will honour existing commitments, in line with the latest US regulations. It is said that the Chinese mobile giant hs been preparing for every eventuality over the past year and has been stockpiling networking chips.

However in a statement earlier this week it suggested the latest US measures were targeted, malicious, and threatened the future of its business. A possible option could be to co-develop chip designs with another party but this would not be an immediate solution.

“The US is leveraging its own technological strengths to crush companies outside its own borders,” said rotating chairman Guo Peng. “This will only serve to undermine the trust international companies place in US technology and supply chains. Ultimately, this will harm US interests.” 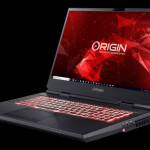 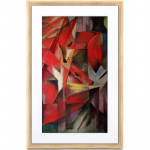 Don't miss a deal at Argos
Best offers at Currys
Discounts, Sales and Deals at House of Fraser
Save your money with EBay DE
Online-Shopping with Marks and Spencer
Best products at Adobe