Leica Rumors has shared a screenshot of EXIF data from what it claims to be a Leica M10 Monochrom model. The leak suggests past rumors about a 41MP sensor may have been correct; the EXIF data shows a 40.89MP resolution at 7864 x 5200, as well as a 50mm focal length and 12500 ISO.

The new EXIF data leak follows a report that Leica Rumors published in late August that claims the camera will feature the same body as the Leica M10 model and that it will launch with a limited edition ‘celebrity’ variant. The speculation about an official launch in September didn’t pan out, however; the model remains unconfirmed and it’s unclear when Leica may release it. 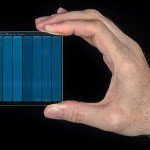 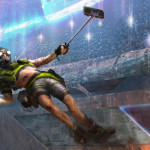 Don't miss a deal at Argos
Best offers at Farfetch
Discounts, Sales and Deals at Vodafone UK
Save your money with Bodybuilding
Online-Shopping with Carphone Warehouse
Best products at Sky