In the past, Lenovo has flirted with Linux, but now the company is making the operating system a much bigger part of its product lineup. Starting this month and moving into the summer, it will begin certifying its P-series ThinkPad and ThinkStation workstation computers for the operating system. Specifically, you (or more likely the company you work for) will be able to configure those devices with the enterprise versions of Red Hat and Ubuntu.

As part of the process, Lenovo will provide full web support for those computers, as well as offer configuration advice and host a dedicated Linux forum where customers can troubleshooting help. To be clear, Lenovo isn’t making Linux an option throughout its entire lineup — so you won’t be able to configure your next ThinkPad X1 Carbon with the operating system, for example.

Lenovo isn’t the first mainstream PC manufacturer to make Linux a bigger part of its product lineup. For the past several years, Dell has sold “Developer Edition” versions of some of its machines that come with Linux pre-installed. All the same, it’s a significant show of support from Lenovo. Save for 2017, when it temporarily lost the number one spot to HP, the company has consistently been the biggest PC manufacturer in the world. 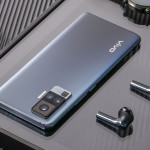 Don't miss a deal at Microsoft Store
Best offers at H&R Block
Discounts, Sales and Deals at Virgin Media
Save your money with Mobiles
Online-Shopping with The Home Depot
Best products at Currys