One of the devices Lenovo has announced today is a premium Android tablet that the company says is its most powerful one yet. The Lenovo Tab P11 Pro has an 11.5-inch OLED display with a resolution of 2,560 x 1,600 pixels, HDR10 and Dolby Vision. While Lenovo presents it as a device meant for “productivity on the go,” it’s powered by one of the gaming chips Qualcomm launched last year: the Snapdragon 730G mobile platform.

The chip, along with the Snapdragon 730 and 665, was one of the mobile CPUs the company released in 2019. All three promise flagship features at lower prices. The Snapdragon 730G’s power efficiency feature gives the Tab P11 Pro 15 hours of battery life on a single charge, though how long it lasts would of course depend on how you use it.

Lenovo’s new pro tablet will come with an optional keyboard and pen, as well as Microsoft Office apps. It also has four JBL speakers optimized by Dolby Atmos, as well as smart algorithms for user-facing cinematic surround sound, which you may appreciate if you use the tablet to stream shows or music. Other features include face unlock and background blurring on video calls for privacy — the latter sounds especially useful now that a lot of people are working from home and hopping on video conferences more frequently.

The company has also introduced a new family tablet called the Tab M10 HD Gen 2, which will serve as the debut device for Kids Space. That’s that new kids mode Google designed for devices with Android 10 and higher. Kids Space will recommend underage users various apps, books and videos based on the interests they choose. Its Play and Read tabs will list teacher-approved apps and (free) popular children’s books, while its Watch and Make tabs will show fun videos from YouTube Kids. The tablet will also come with Google’s Family Link parental controls. 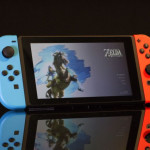 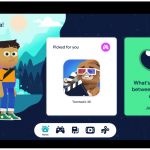 Google is bringing a kids mode to some Android tablets

Don't miss a deal at Vodafone UK
Best offers at Sephora
Discounts, Sales and Deals at The Home Depot
Save your money with Bodybuilding
Online-Shopping with EE Mobile
Best products at Farfetch