Lenovo maintains lead in PC market share, but Apple is catching up

The latest reports from market intelligence firms IDC (International Data Corporation) and Gartner show that Lenovo continues to lead when it comes to PC sales (which includes desktops and laptops) – but it looks like Apple could be catching up.

IDC notes that this is “notably higher” than its previous estimates, thanks in part to Intel’s processors being more readily available.

“Supply for Intel’s processors improved markedly during the quarter, allowing most PC vendors to fulfill old orders while also shipping a healthy supply of new PCs into the channels,” said Jitesh Ubrani of IDC.

The trade standoff between the US and China also appear to have caused a surge, with Ubrani noting that “the threat of increased tariffs led some PC makers to ship a surplus of desktops and notebooks, thereby artificially propping up the PC market during the second quarter.”

It also looks like the looming arrival of Windows 7’s End of Life is boosting sales, as companies and individuals upgrade their Windows 7 machines ahead of January 14, 2020, which is when Microsoft is ending support for the elderly operating system.

According to IDC, Lenovo remains the top company when it comes to PC market share, with 25.1% of the market and a growth of 18.2%.

HP is next, with 23.7% market share, followed by Dell with 17.9% and Acer with 6.6%. Apple just makes it into the top five with 6.3% – but IDC estimates the Cupertino company saw growth of 9.6% – which is the largest growth seen by a company apart from the seemingly-unstoppable Lenovo.

‘Estimates’ is a key word here, as Apple no longer reports Mac unit sales, which makes it tricky for market analysts to confirm just how many computers Apple is selling.

While IDC’s report paints a rather rosy (if possibly brief) picture for the PC industry in general and Apple in particular, Gartner’s report tells a different story.

According to Gartner, PC shipments also grew in the second quarter of this year, but only by 1.5% compared to Q2 2018. Again, Gartner points to the fact that Intel’s processors are now more readily available.

“There are signs that the Intel CPU shortage is easing, which has been an ongoing impact to the market for the past 18 months,” said Mikako Kitagawa, senior principal analyst at Gartner. “The shortage mainly impacted small and midsize vendors as large vendors took advantage and continued to grow, taking market share away from the smaller vendors that struggled to secure CPUs.”

A bigger difference between reports is that Gartner suggests that Apple had a far worse year than IDC estimates, with the company having a negative growth of -0.2%. According to Gartner, Apple’s Mac shipments were the lowest they’ve been since 2014.

The stark difference in reports for Apple show how difficult it can be to estimate sales when the company doesn’t provide information. Only Apple itself will really know how well (or how badly) it did this year.

However, Gartner’s report does correlate with IDC’s findings in some regards. It puts Lenovo at the top of PC manufacturers with a 25% market share, with HP next at 22.2% and Dell third with 16.9%. That largely matches up with IDC’s report.

However, Gartner puts Apple fourth with 5.9% market share, and Acer fifth with 5.4%.

With these differing results, it’s hard to get a firm idea of how well Apple’s computing division is doing, but it seems like the company is at around 6% market share.

We can be more certain that Lenovo continues to lead PC market share, and that the PC market has been growing this year. However, with the US/China trade war still looming, who knows how long that will last. 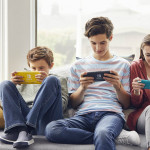 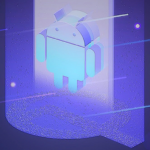 Don't miss a deal at Farfetch
Best offers at Intuit Small Business
Discounts, Sales and Deals at EE Mobile
Save your money with Vimeo
Online-Shopping with Marks and Spencer
Best products at Udemy