If you’re a PC maker with a mission to reduce weight but maintain rigidity, then you need to be smart about what material you use. For Lenovo, it’s clad one of its flagship convertibles in titanium in order to create what it says is the “thinnest ThinkPad ever.” The 11mm thick X1 Titanium Yoga packs a 13.5-inch, low-power display with Dolby Vision HDR and Dolby Atmos as standard. The convertible is also one of the first to support Dolby Voice to help clean up the audio during the video conferences we’re all saddled with doing.

Lenovo were a little stingier on the details about the rest of the new lineup, which includes the ThinkPad X12 Detachable, which packs a 12.3-inch removable display and stylus support. Then there’s the ThinkPad X1 Carbon and X1 Yoga, which carry 16:10 displays with low blue-light filters and better presence detection. It’s only the X12 Detachable, however, which also gets Dolby Voice to help make video calls more bearable.

All of the models launched today have the option of getting a built-in 4G/5G modem as well as WiFi 6 for better mobile connectivity. The whole range will, naturally, pack Intel’s new 11th-generation chips paired with its Xe integrated graphics which should please the target market of business travelers. And each model here has the fingerprint sensor mounted on the power button, as well as better security overall.

As for when you can get hold of these, the Titanium Yoga and X12 Detachable will land this month, with prices starting at $1,899 and $1,149, respectively. The X1 Carbon and X1 Yoga, meanwhile, arrive in February, with the base models priced at $1,429 or $1,569 before you start adding options.

All Hitman 3 starting locations revealed, along with what's inside the Deluxe Edition 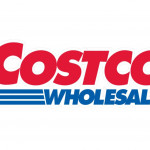 Don't miss a deal at Mobiles
Best offers at H&R Block
Discounts, Sales and Deals at Adobe
Save your money with EE Mobile
Online-Shopping with Sephora
Best products at EBay DE