We’re less than a week away from getting an official look at the LG G5, but key details of the phone may only just be emerging.

According to reliable tipster @evleaks the LG G5 will have a secondary screen. He doesn’t reveal the size, location or purpose of the screen, but claims to have seen the G5 for himself, so there’s a very good chance this is true.

This isn’t the first time LG has stuck a second screen on a phone. We saw the same thing on the LG V10, with a small 2.1-inch display at the top giving you quick access to notifications and favourite apps and contacts – so there’s a good chance a second screen on the LG G5 will serve a similar purpose.

Alongside a second screen it’s looking increasingly likely that the LG G5 will have an extra camera too, or at least an extra lens. According to Blass (@evleaks) it has a wide-angle dual-lens camera on the back, just like the recent LG X Cam.

Again, as Blass claims to have seen the LG G5 it seems pretty likely that this is true, especially as it’s not the first we’ve heard of a dual-lens camera on the phone.

What it will use the extra lens for is still unclear. A likely possibility is that it could have each lens at a different focal length, allowing for optical zoom. Or it could simply be used to adjust the focus of a shot after taking it, much like we’ve seen on the HTC One M8.

Whatever the case, the LG G5 is shaping up to be an innovative and powerful handset, with earlier rumours pointing to a metal shell, a removable battery, a Snapdragon 820 processor and 4GB of RAM. Colour us excited. 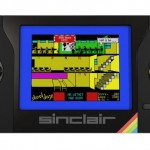 A handheld ZX Spectrum is in the works, but you'll have to fund it 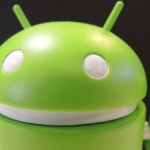 Android 6 Marshmallow update: when can I get it?

Don't miss a deal at Turbo Tax
Best offers at Argos
Discounts, Sales and Deals at Newegg
Save your money with Carphone Warehouse
Online-Shopping with Groupon
Best products at Ancestry