Remarkably good value but not the broadest soundstage

Dolby Atmos soundbars have, to date, mostly existed at the more expensive end of manufacturers’ product ranges, but the prices are slowly coming down.

That’s not to say that the LG SL8YG is cheap but it’s certainly among the least expensive Atmos-enabled soundbars on the market.

LG SL8YG review: What you need to know

Atmos isn’t the only thing the LG SL8YG has going for it, though. It also comes with a sizeable wireless subwoofer in the box, an infrared remote control.

It has integrated Google Assistant as well, meaning you can ask it to turn on your TV, or play back music from your Spotify account using your voice.

As with most other Google Assistant-powered speakers, the LG also features Chromecast support, making it child’s play to stream music from your phone’s display.

The LG SL8YG started life at £699 but has since pretty quickly plummeted in price to a much more reasonable £499. At that price, there isn’t much around that matches it when it comes to the sheer number of features on offer. Sure, you can buy soundbars that support Atmos at this price, but few that also include a separate wireless subwoofer.

The Sony HTFX9000 supports Atmos can be bought for less, at £389 from Currys but that’s only a stereo 2.1 product with no centre channel or dedicated height drivers (the LG is a 3.1.2 product). It also doesn’t come with Google Assistant or Chromecast support.

Among our top soundbar choices, you can’t go wrong with the Samsung Samsung HW-N650 for pure sound quality. Like the LG, it comes with a subwoofer for extra bass but it doesn’t support Dolby Atmos or voice control. If you want that you can’t beat the Sonos Beam for sheer elegance and neatness. It’s £400 right now at Amazon and supports Google Assistant and Amazon Alexa but doesn’t come with a subwoofer.

As soundbars go, the LG SL8YG is reasonably attractive. It’s finished in grey, with a flat, brush-finish metal top and there’s a perforated metal grille that wraps around the curved ends and front. A small, centrally mounted, 15-character LED display lurks behind the grille to show you which source you’ve selected, which audio format is currently being used or which menu item you’ve chosen.

The whole thing looks understated but slick, with the Meridian logo stencilled on the top panel lending the soundbar an air of audiophile exclusivity. This isn’t just for show, either. The famous UK Hi-Fi firm has worked on tuning the audio with LG – and it shows. But more on this later.

All the soundbar’s ports and sockets are housed in a square-ish cutout at the rear of the soundbar. The selection is pretty limited, though: all you get is a pair of HDMI 2.0 ports – one input with 4K passthrough and one output with ARC (audio return channel) support – and one optical S/PDIF, plus a USB Type-A port that you can use to connect external media. That’s pretty paltry for a £500 soundbar. 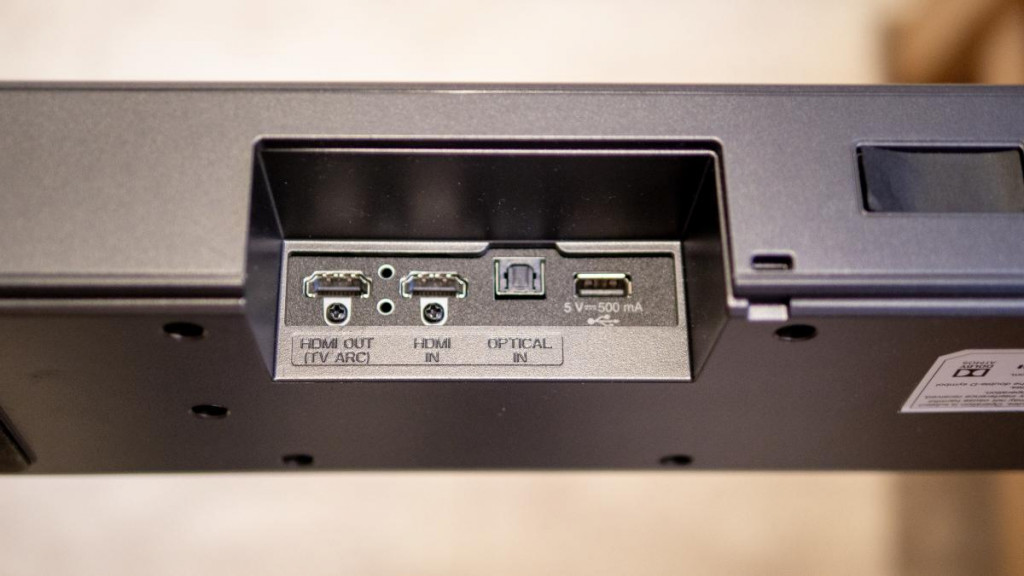 This is, however, the only area in which I’d say the LG SL8YG falls short. In all other respects, it’s as well-appointed as you could possibly expect, especially in its support for surround sound standards.

There’s Google Assistant and Chromecast support as well, of course, and these features work largely as you’d expect. Once you’ve set it up via the Google Home app, the LG SL8YG acts just like a Google Home or Nest Mini speaker: say “Okay Google” or “Hey Google” then ask it a question or to perform a task and Google’s voice recognition smarts will endeavour to get the job done for you. The one exception to this is that when the soundbar is in HDMI mode, you have to press the Google Assistant button on the remote control to get its attention.

Elsewhere, the supplied remote control is neat and well organised and provides access to most of the soundbar’s core functions. That includes being able to adjust the volume of all the individual channels, including the height channel Dolby Atmos mixes include. 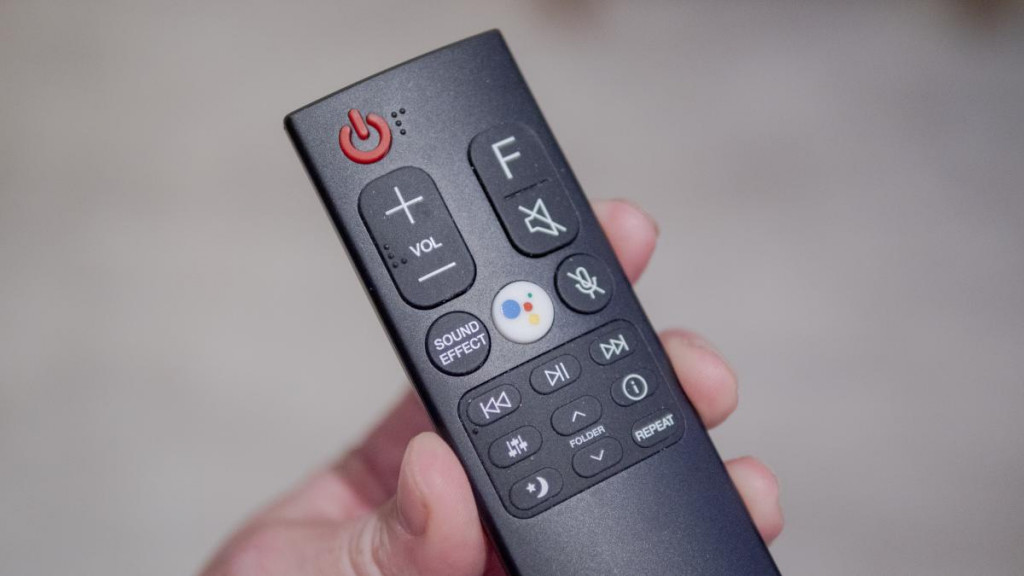 The LG SL8YG is a 3.1.2 speaker system, and that means it’s not, strictly speaking, capable of producing surround sound. It has left, centre and right front channels, two front height channels and a subwoofer but no rear speakers.

You can add those missing channels further down the track by purchasing the LG SPK8-S set (£130) but, as it stands, all the sound produced by the LG SL8YG comes from the front.

The Dolby Atmos effect isn’t all that dramatic either. Despite upwards-firing drivers at the right and left end of the soundbar, the speaker only seemed to be able to generate audio at a limited height. To my ears, it sounded as if were coming from somewhere around a foot or two above the speaker, rather than up by the ceiling, where it should be coming from. Even with the height channel adjusted to maximum volume, this didn’t change much. 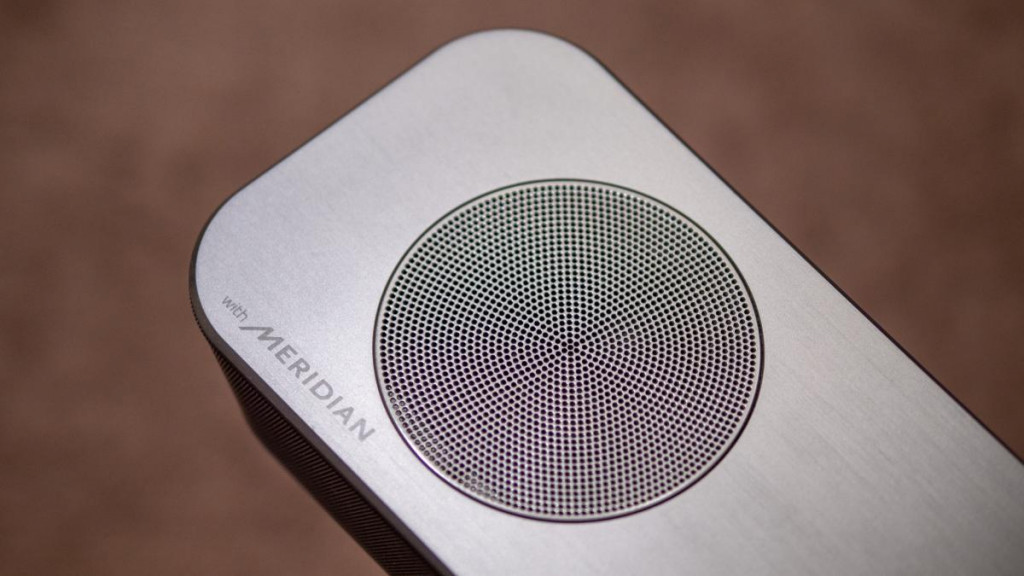 Other than that, the LG SL8YG put in a sterling performance with most material I shoved its way. After firing up the opening scene of Mad Max: Fury Road to give the Atmos reproduction a workout – it sounded pretty good if a little small in scale – I switched to DTS:X and Star Wars: The Force Awakens. I’ve found in the past that the audio mix on this Blu-ray can be problematic for audio equipment without direct support for DTS:X but the LG SL8YG coped superbly, in particular keeping vocals keen and clear and locked in the centre channel.

In fact, throughout my testing, I found speech reproduction to be a strength. Even if you find a mix it doesn’t cope well with, you can always boost the volume on the centre channel to rectify any issues and, if you install the LG app, you can also enable DTS Neural X. I found this improved clarity a touch, too, but not at the cost of overall sound quality.

Positionally, the SL8YG performs well. Whenever an audio event occurs to the left or the right or travels across a scene – perhaps a car zooming past or an aeroplane – the SL8YG recreates the effect convincingly. There isn’t a whole lot of width to the soundstage though. 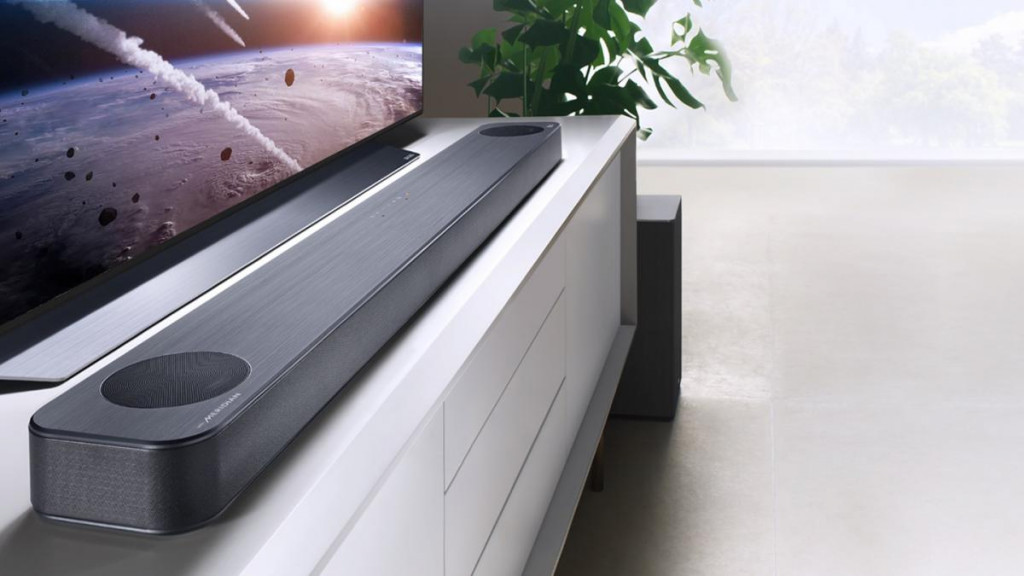 Still, there is plenty of scale. Explosions rock the room with thunderous, rumbling bass and there’s more than enough volume to fill small to medium sized rooms. You might have to turn the subwoofer level down a touch, though, as I found it a touch thick and uncontrolled at the default settings.

It also isn’t worth bothering with any of the presets other than Movie. The rest – Bass Blast, Music, ASC and Standard – all sound compromised to my ears, particularly the Music setting, which sacrifices a lot of the system’s inherent warmth in favour of detail.

Stick with Movie mode, however, and you’ll be largely okay. With the bass turned down a touch, there’s a pleasing sense of balance between the lower, middle and upper registers and, although it isn’t super-detailed in the treble, overall it’s a pleasant listen. 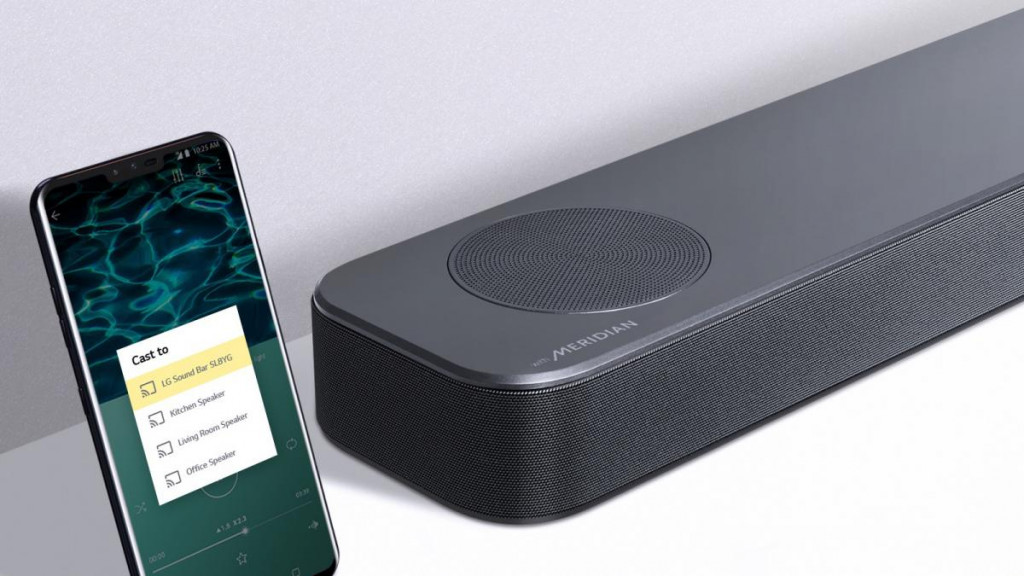 If fact, the LG SL8YG as a whole comes as a pleasant surprise. Like a surprise Bake-Off Showstopper after a dismal technical challenge it’s crammed with stuff including a wireless subwoofer, plus Atmos and DTS-X, and topped with a mirror glaze of Google Assistant loveliness. And there’s plenty of substance here, too, with good looks and solid sound quality.

Yes, there are compromises – physical connectivity is limited, for instance – but that’s the case with most mid-priced soundbar systems.

And, while there are other soundbars at around this price that sound better and create a more convincing surround sound effect, few can match the SL8YG’s audio format support and overall balance of features. 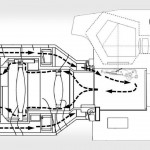 Canon Designed a Lens That Sucks

Don't miss a deal at Ticketmaster UK
Best offers at Mobiles
Discounts, Sales and Deals at Farfetch
Save your money with Bodybuilding
Online-Shopping with Marks and Spencer
Best products at Intuit Small Business