The LG Wing is LG’s next smartphone and it also looks to be a real oddity. While not many details about the phone are official yet, we’ve seen a number of leaks pointing to a dual-screen device that’s unlike the LG Dual Screen, unlike the Microsoft Surface Duo, and unlike any foldable phone.

You see, it seems that the LG Wing has one fairly conventional smartphone screen, and then a much smaller secondary display that can be flipped out when needed.

You can see how that would probably look below, but suffice it to say this might be a bit of a niche device. Still, it’s certainly interesting, and if you’re interested in it then read on, as you’ll find everything we’ve heard so far about the LG Wing below.

Latest news: LG has now confirmed its next phone will be called the LG Wing, and that it’ll have a “new and different form factor”.

One thing we do know about the LG Wing is that it is set to be announced on September 14 (a Monday). While the LG teaser video invite (above) doesn’t mention the LG Wing by name, it has since confirmed the device in a separate press release.

Based on the rumored specs of the LG Wing we’d say the lower of those two price leaks is more likely to be right, but we can’t be certain.

We have a good idea of what the LG Wing will look like from the front, as two videos have leaked showing it.

The first video, which you can see above, shows the LG Wing displaying a sat nav on its main screen, while a small secondary screen sits to the right.

Look closer and you can see that there’s a bit sticking out the left edge of the phone too. It appears then that the secondary screen sits on a panel the same size as the main display that you can rotate to reveal it.

Interestingly, there’s no sign of a front-facing camera on either screen, which might mean the hardware here is non-final. It’s always possible that the camera is built into the screen, but that hasn’t been rumored and seems unlikely.

The main screen is 6.8 inches according to ETNews, while the secondary screen is said to be 4 inches and to have a 1:1 aspect ratio.

As for what the purpose of this secondary screen is, the video above shows an example – while the main screen displays a sat nav, the secondary one has music controls, so you can seemingly have one app running on each. Then when a call comes in, it displays on the second screen, so the view of the sat nav remains uninterrupted.

In a second leaked video, obtained by Android Authority (below) you can see the phone in landscape orientation with the secondary screen above the main display. A racing game is being played on the main screen, while a map of the course is on the display above, giving the player a large, clear view of it without cluttering up the main display.

The one camera rumor so far states that there will be a triple-lens one with a 64MP main sensor. This claim comes from ETNews, though it’s not clear where the site got the information from, so we’d take it with a pinch of salt, especially when we haven’t seen any images of the camera at the time of writing.

As noted above, there’s oddly no sign of a front-facing camera, but presumably there will be one.

We don’t know anything about the battery of the LG Wing yet, but hopefully it’s got a big juice pack given that there are two screens to keep lit up.

We don’t know a whole lot else about the LG Wing, but ETNews has claimed that the phone has a Snapdragon 765 (or possibly 765G) chipset. That’s an upper mid-range chipset, the same one as you’ll find in the LG Velvet and the OnePlus Nord.

As such, the LG Wing might not have flagship power, but that could help keep the price down, and this is a chipset that’s capable of 5G at least. 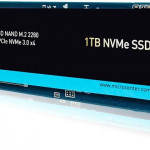 This is the cheapest NVMe SSD per TB, and it's available at an unbeatable price 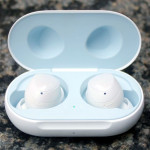 Don't miss a deal at Ticketmaster UK
Best offers at Intuit Small Business
Discounts, Sales and Deals at Mobiles
Save your money with O2 Mobile
Online-Shopping with The Home Depot
Best products at Adobe