Logitech MX Keys has made its way to the Indian market. The wireless keyboard is part of Logitech’s Master series and was originally launched last year. Logitech MX Keys can connect over Bluetooth or through the included USB receiver. It is compatible with a variety of operating systems. The MX Keys is a low-profile keyboard with concave keycaps for a better typing experience. You get a number pad, full sized arrow keys, and media shortcuts as well with Logitech MX Keys.

Logitech MX Keys, according to the company, has been “designed for creatives and engineered for coders.” It comes with Logitech’s Perfect Stroke keys that have a spherical dish design to match the shape of the fingertips. The keys have a matte coating for a smooth typing experience. The key stability has been increased to reduce noise and optimise responsiveness.

Logitech MX Keys is held together by a single metal plate that gives it a solid build. The keyboard is backlit with white lighting that turns on when you reach for the keys, thanks to an inbuilt proximity sensor. The lighting fades away when the keyboard does not detect any activity. 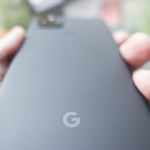 Google Pixel 4a 5G review: Stuck in the middle 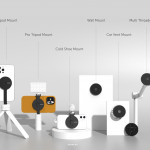 Don't miss a deal at Intuit Small Business
Best offers at Sky
Discounts, Sales and Deals at Currys
Save your money with EBay DE
Online-Shopping with Ticketmaster UK
Best products at Vimeo