The Logitech Z407 is surprisingly impressive for its size and price, and it’s a smart addition to your productivity setup.

The Logitech Z407 is somewhat of a rarity. Even now, if you want an excellent set of computer speakers, chances are you’ll have to spend a little more than $100/£100. Spend less, and you’re likely to end up with ones that sound middling at best.

Once in a while though, we are treated with more than decent computer speakers that not only look great but sound great as well. And, the Logitech Z407 is one such peripheral. 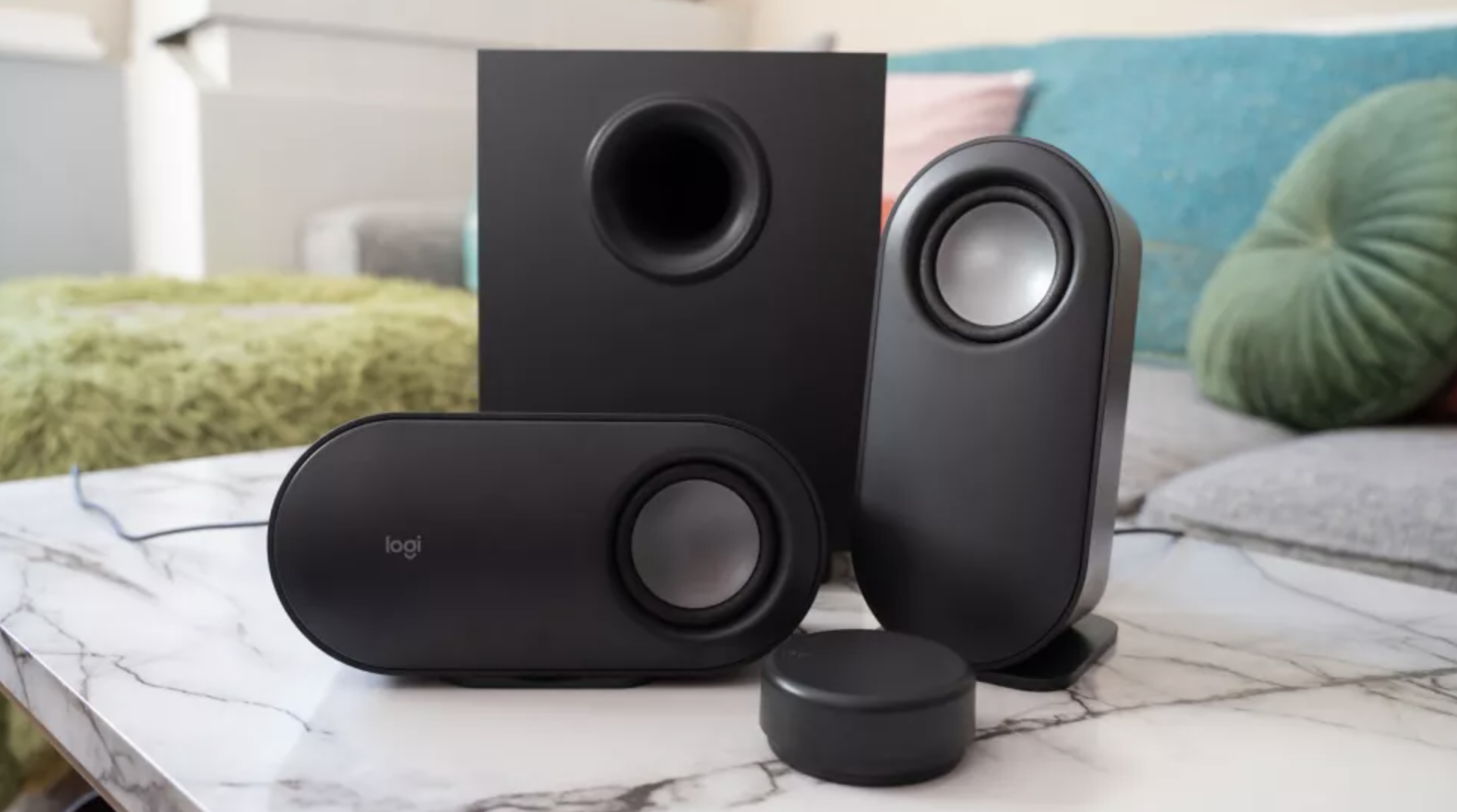 This fairly new release from Logitech has surprised us in many ways, delivering a powerful sound, rumbling bass, several connectivity options, and a nifty wireless dial for only $79 (£79, AU$149).

For that same price, the older Edifier M3200 is slightly less powerful and doesn’t offer Bluetooth connectivity. Meanwhile, the 2019-released Creative T100 may boast satellites that offer the same level of audio power, but doesn’t have a subwoofer, is slightly bigger, and costs $20/£20 more – which makes the Z407 a better value. 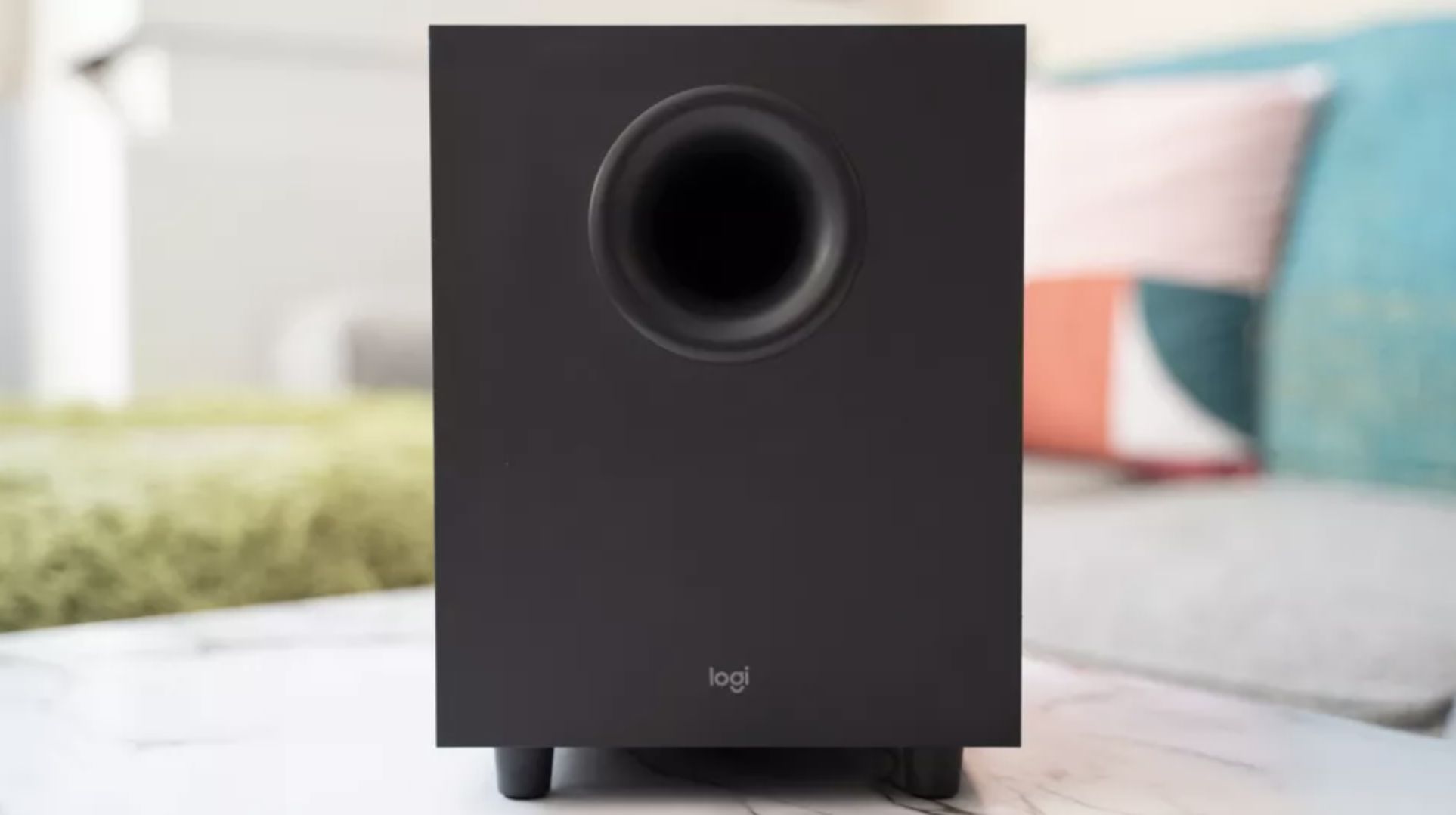 That value starts in design. At 7.87 x 3.70 x 3.35 inches (satellites) with a 9.45 x 9.21 x 7.09-inch sub, the Logitech Z407 is small enough to fit perfectly on a small desk. The speakers also sport a smart look, with capsule-shaped satellites and a dark gray finish that makes it a classy addition to work and creative setups. And, it has an overall rigid build that should see it last several years. 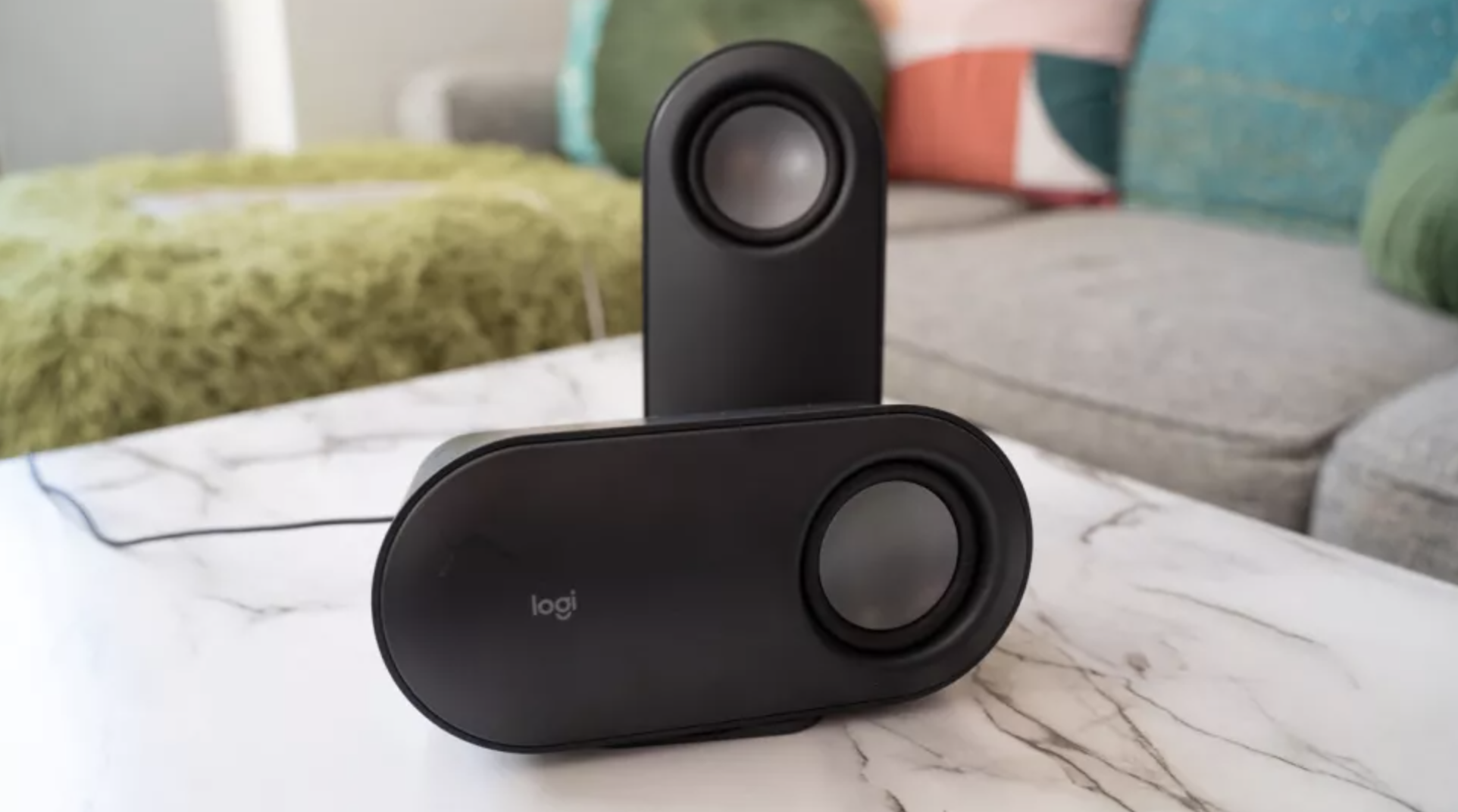 The Logitech Z407 is also versatile. The removable satellite stands may be attached in two ways so you can either have a horizontal or an upright setup. It also has a wireless control dial with a 20-meter range, and three connectivity options – Bluetooth, micro USB, and the 3.5 mm – which further boosts its versatility. 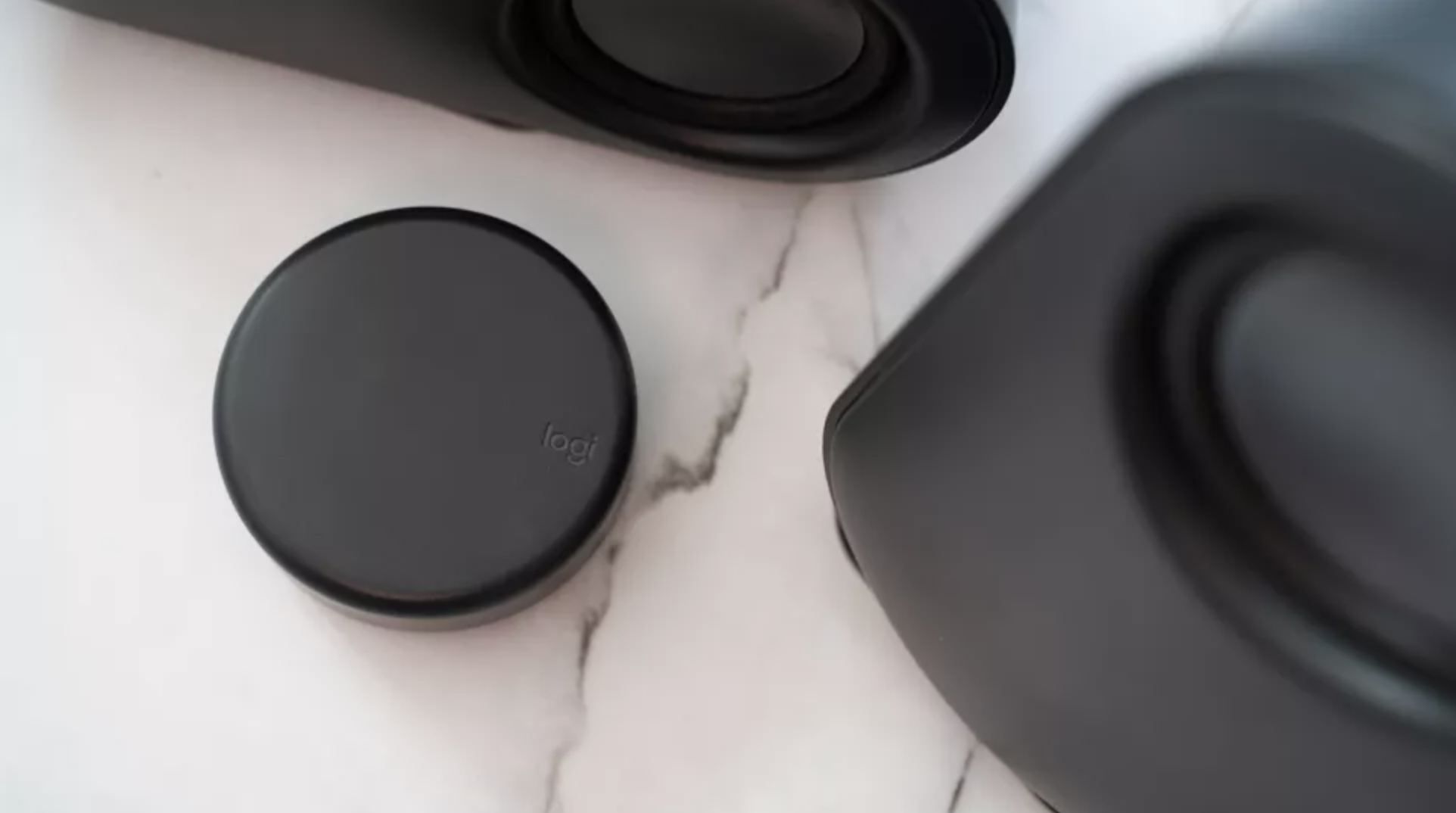 The wireless dial may be confusing at first, especially because not all media apps offer full support: Spotify does, but Apple TV on Mac doesn’t support the skip or forward functionality while Netflix on Windows won’t even let you rewind with it. On top of that, it may take you a bit to figure out whether you’re controlling the volume or the bass level as you’re essentially using the same physical dial for both.

We’re not saying it’s convoluted, just that it’s not as straightforward as most people (aka those who won’t bother reading the manual) would prefer. However, once you do get used to how the dial works, it’ll feel like an extension of the arm. 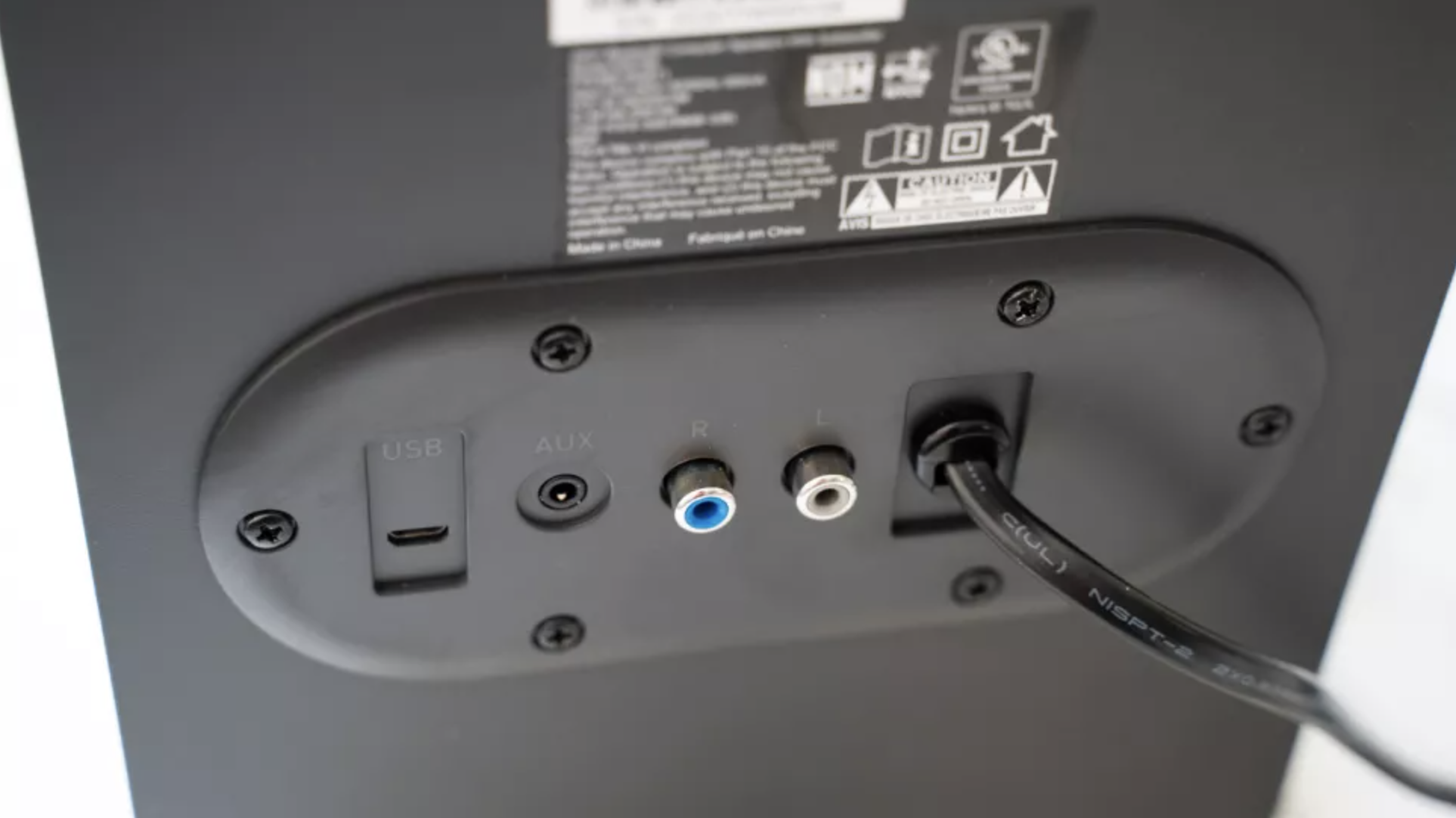 Just because there’s wireless connectivity, doesn’t mean you’ll be going cable-free with these speakers. The satellites themselves need to be connected to the sub via RCA cables. However, you still have the option to connect the system to your computer or device via Bluetooth, which means that the clutter can stay behind your desk where it belongs.

Since the Bluetooth connectivity is pretty darn good and up to par with the 3.5mm option, you can stick with it for convenience and still get excellent, lag-free audio. For slightly higher quality sound, the micro USB connection seems to have a bit more high end and detail. 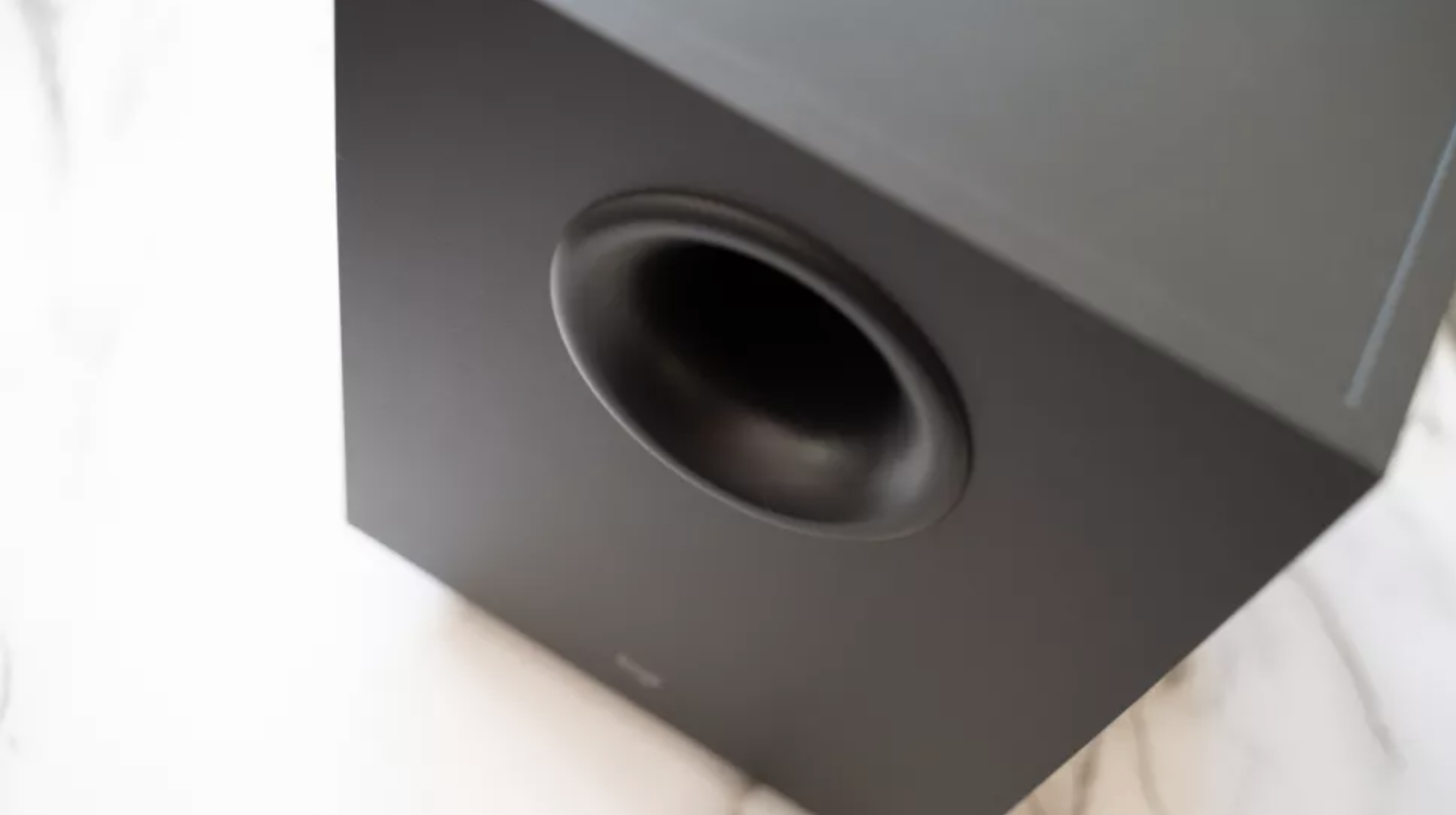 When it comes to audio quality, the Logitech Z407 gets right what so many cheaper computer speakers fail to do. In fact, for a computer speaker system this compact, it blasts out surprisingly hefty audio in terms of quality and volume.

Its sound may be slightly lacking in detail and its sub can overpower the rest of the frequencies when it’s at a higher volume (though a simple turn of the dial should fix it right up). However, the Logitech Z407 still sounds impressive.

Unlike other affordable speakers out there that tend to bump up their bass and high end, which typically make them sound harsh and easily fatiguing, this offering from Logitech is mid-focused, allowing it to produce a richer, warmer sound. The subwoofer has a lot of power for its size, with a down-firing driver that gives it a whole lot of rumble. Trust us: even at a lower bass level, you will hear AND feel this sub.

You’ll get decent separation when you’re sitting directly in front of it, which is where you’re meant to experience computer speakers. However, there’s no virtual surround sound feature here so you’re really only experiencing 2.1 audio, which means that you’ll hear things from the left, the right, and somewhere in between… but that’s about it.

As a result, it may not be immersive enough for hardcore gamers. If you’re looking for something that will help you game better, you’re better off with a gaming headset with surround sound features.

Still, the Logitech Z407 boasts plenty of rumble and produces terrific sound quality that will satisfy most gamers as well as users looking to consume media – whether that’s music or movies. And, its added perk of being versatile will benefit every type of user. 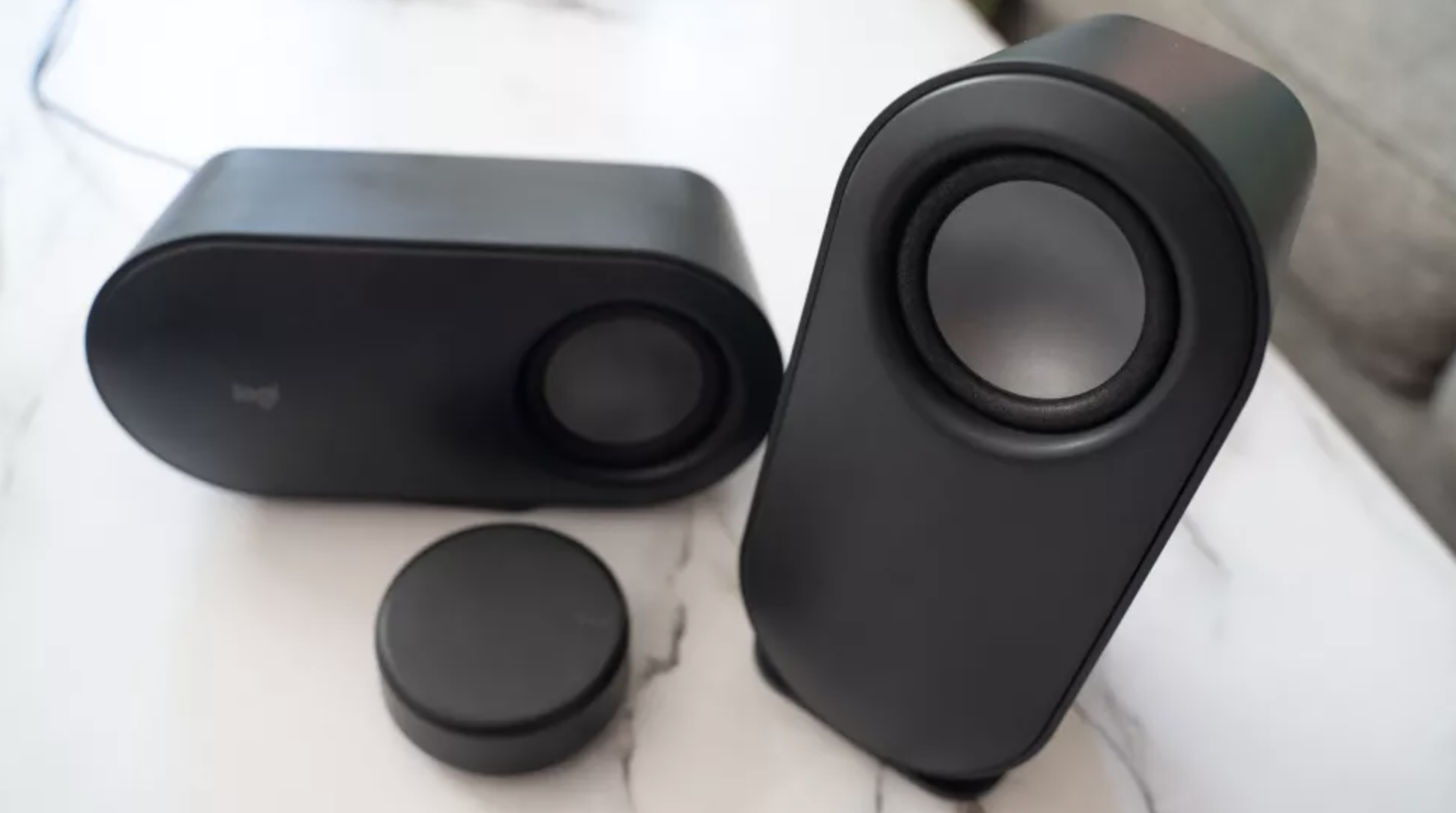 Considering how much the Logitech Z407 costs and how compact it is, these speakers deliver sound quality that will impress as much as it will surprise.

You need something more compact.

Small desk owners and tiny apartment renters will appreciate the compact design of the Z407. Even the subwoofer is small.

You want a smart-looking set of speakers for your office setup.

The Logitech Z407’s sleek and classy design makes it perfect for those trying to avoid flashy or gaudy peripherals.

You want something incredibly immersive for gaming.

While the Logitech Z407 sounds great and has a lot of rumble, it’s a 2.1 system with no virtual surround sound features.

You only have a budget for something less than $50.

The Logitech Z407 is incredibly affordable, especially for what it offers, but there are much cheaper options if you need something in the budget market. 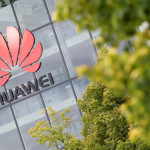 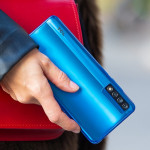 Don't miss a deal at Nike DE
Best offers at Bodybuilding
Discounts, Sales and Deals at The Home Depot
Save your money with EBay DE
Online-Shopping with H&R Block
Best products at John Lewis