Lyft’s self-driving team called Level 5 has published its first ever Voluntary Safety Self-Assessment (VSSA) report (PDF), giving us a glimpse of how it plans to make sure that its autonomous vehicles are safe to use. The company says it’s applying what it has learned from its ride—hailing business to focus on the safety of vulnerable road users (VRUs), such as pedestrians, bicyclists and scooter riders.

Its priority, it says in its report, is to make sure its autonomous vehicles are unlikely to cause danger “in an environment amongst a growing number of vulnerable road users that are increasingly reliant on walking, biking and scooting in dense urban areas.” Lyft is also providing riders with 24/7 pre-ride and in-app support to earn their trust. It could mean the difference between success and failure, seeing as a lot of Americans still believe that autonomous vehicles aren’t ready for primetime yet.

Lyft also explains that it conducts different kinds of tests to ensure the safety of its technology, including simulations, closed-course testing and on-road operations. At this point, the vehicles already being tested on the road have human operators and co-pilots onboard and are focused on collecting data and metrics.

Finally, Lyft says it shares best practices with the industry “to create a system that is safe, effective, and transparent.” It’s a member of the Automated Vehicle Safety Consortium — other members include Uber, Ford and GM — that aims to create best practices for collecting metrics in an effort to further safety of self-driving vehicles. Lyft is also a founding member of the Self-Driving Coalition for Safer Streets, which works with lawmakers, regulators and the public “to realize the safety and societal benefits of fully self-driving vehicles.” 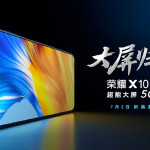 Don't miss a deal at Carphone Warehouse
Best offers at Sephora
Discounts, Sales and Deals at Newegg
Save your money with Vimeo
Online-Shopping with Groupon
Best products at Ticketmaster UK