MacBook models with Apple’s M1 processor have been put through iFixit’s teardown process that shows that the internals have not changed much when compared to Intel-powered models. The team at iFixit notes that these new MacBook models are “less accessible for upgrades and repairs.” MacBook Air with Apple Silicon has mostly the same configuration for the components as the previous-generation model, except for the fan that has been removed. MacBook Pro with M1 processor has even fewer changes compared to the previous-generation model.

Apple announced MacBook Air, MacBook Pro 13-inch, and the Mac mini powered by its in-house M1 processor earlier this month. The company claimed significant performance improvements with lower power consumption compared to the previous models that were powered by Intel processors. But, internally, not much seems to have changed. iFixit tore down the two new laptops and found that the internal layout was pretty much the same for MacBook Air, even more so for MacBook Pro.

Starting with the M1-powered MacBook Air, the biggest change was the exclusion of the cooling fan, that has been replaced by a simple aluminium heat spreader. This means no more active cooling for the components, but it also provides silent operation, less maintenance, and lower chance of mechanical failure. iFixit also notes that there is a new battery model with “minimally different specs.”

Coming to the M1-powered MacBook Pro, the cooling system is very similar to the Intel-based predecessor. A copper pipe carries heat away from the processor towards a small heatsink, where the hot air is pushed out by the fan. The fan is also identical to the one present in the MacBook Pro 2020.

The M1 processor is built on a 5-nanometer process, features eight CPU cores and an integrated GPU with either seven or eight cores. The RAM is also integrated in the processor and Apple calls it Unified Memory Architecture or UMA. 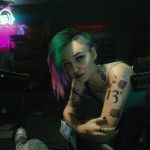 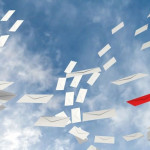 Don't miss a deal at Microsoft Store
Best offers at Marks and Spencer
Discounts, Sales and Deals at Myprotein
Save your money with Udemy
Online-Shopping with Sephora
Best products at EBay DE