Apple brought macOS Big Sur as its next-generation operating system last week. The update carries a list of fresh features for Mac machines. However, macOS Big Sur was also found to include an issue that causes Apple apps to bypass firewalls and virtual private networks (VPNs). This privacy-concerning problem was initially spotted in a macOS Big Sur beta last month. Apple didn’t fix it at the time of bringing the public release, though. Separately, the macOS Big Sur update was reported to some older MacBook Pro models. Apple also responded to the privacy concerns raised by some researchers over its Gatekeeper security feature that caused some hiccups last week.

A Twitter user @mxswd initially spotted the firewall bypass issue on the early macOS Big Sur beta last month. The issue was causing the system to bypass firewalls and VPNs when using an Apple app, such as the Apple Maps. It was confirmed by security researcher Patrick Wardle.

“Previously, a comprehensive macOS firewall could be implemented via Network Kernel Extension (kext). Apple deprecated kexts, giving us Network Extensions… but apparently (many of their apps/ daemons bypass this filtering mechanism,” Wardle noted in a tweet.

The security researcher found that the Mac App Store on macOS Big Sur was bypassing firewalls. The issues in the beta were detailed by Apple-focussed blog Apple Term.

It was at that time presumed that Apple would fix the issue when releasing the Big Sur update to the general public. However, the company didn’t make any changes.

Wardle noted in a tweet posted on Sunday that the issue of bypassing firewalls and VPNs still persisted in the stable release and could be abused by malware and impact user security on the latest macOS version.

In addition to the issue of bypassing firewalls and VPNs, macOS Big Sur seems to have some problems that are bricking some older MacBook Pro models. As reported MacRumors, several users on the late 2013 and mid-2014 13-inch MacBook Pro models are reporting that the latest macOS update is bricking their machines.

“I am not sure how Apple will be dealing with this issue, especially that all affected Macs are out of warranty. And I am not sure if they’ll be able to fix this with a software update since this seems to be a hardware problem that Big Sur somehow caused,” the user wrote.

Apple is reportedly aware of the problem as it has been escalated to the Apple support team. However, the company hasn’t yet provided any clarity to users whether it would be able to resolve the issue through a software update.

That said, it is safe for the older MacBook Pro users to delay installing macOS Big Sur until the company makes an official response on the bricking problem.

Some users last week reported that macOS Big Sur took hours in the download process. However, the massive rush in installing the new software update that could be thanks to the list of its new features impacted users on existing macOS versions as many of them faced delays in app launches. The problem was caused by a certificate issue, where the macOS Gatekeeper service was failing to check the developer certificate of the app.

Some researchers claimed that the app slowdowns happened due to a glitch in the system that was allowing macOS to send user data to Apple servers. Apple, however, has now provided some clarity on that issue and said it had never combined data from Gatekeeper’s checks with information about its users or their devices.

“We do not use data from these checks to learn what individuals users are launching or running on their devices,” the company said.

Apple also mentioned that it’s overhauling the designing of the network request and enabling an opt-out preference for users. These changes, which are to ensure user security and to resist issues like what happened last week, would come into effect over the next year. 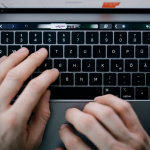 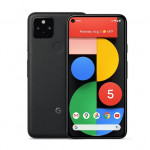 Don't miss a deal at Microsoft Store
Best offers at Farfetch
Discounts, Sales and Deals at Virgin Media
Save your money with Ancestry
Online-Shopping with Carphone Warehouse
Best products at Sephora