macOS Big Sur has just emerged, but not without causing some serious issues with older MacBook Pros, it would seem.

As highlighted by Wccftech, according to various online reports, macOS Big Sur is bricking some older MacBook Pro machines.

That includes the likes of the MacBook Pro 13-inch from mid-2014, as this denizen of Reddit makes clear, while pointing out that others have had the same problem, apparently with the same model.

“I’m getting a black screen with backlight when I power on, can’t enter recovery mode, no startup sound, nothing. Not impressed at all. Apple support tried getting me to reset the PRAM, SMC, etc., and when that didn’t work, they asked me to take it for in-person servicing.”

Various other MacBook Pro owners have chimed in on that thread with similar tales of woe for 2013, 2014 and 2015 models.

There are also complaints of this happening on Apple’s own support site, and that thread provides a number of links to other reported cases (also on Apple.com, and the MacRumors forum).

Affected laptops get a black screen as described, with nothing happening except the screen lighting up – but staying black – and the Apple logo on the MacBook lighting up.

There are anecdotal reports of solutions that work, but we’d certainly advise a great deal of caution around them – the most common one is seemingly to open the MacBook Pro and unplug the I/O board, but messing around with the internals of the machine is something you undertake entirely at your own risk.

If you have been hit by this issue, your best bet is to contact Apple for help, and the company has apparently advised at least some of these affected folks to bring their laptop in for servicing (as mentioned above).

Whatever the root issue is here, hopefully Apple is investigating and will tackle any potential issues with Big Sur and older portables.

Meantime, for those mulling a move to Big Sur, it might be prudent to steer clear of this upgrade – at least for a while – if you’re running one of these older MacBook Pros, particularly if you’re a cautious type. 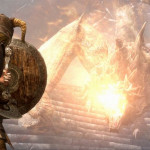 Bethesda games will get preferential treatment on Xbox Series X 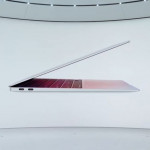 Don't miss a deal at GoCompare
Best offers at EBay DE
Discounts, Sales and Deals at Vimeo
Save your money with Microsoft Store
Online-Shopping with Myprotein
Best products at Vodafone UK