Warner Bros parent AT&T was discussing a sale of its Interactive Entertainment gaming division that owns popular videogame Mortal Kombat for a deal that could be worth about $4 billion (roughly Rs. 29,958 crores) , CNBC reported last month.

Microsoft and AT&T did not immediately respond to requests for comment on The Information report.

In June, Microsoft said it was throwing in the towel on its livestream gaming platform Mixer and teaming up with Facebook to better compete with rivals like Amazon-owned Twitch. Microsoft Mixer will be shuttered on July 22, the tech giant said in a statement.

“It became clear that the time needed to grow our own livestreaming community to scale was out of measure with the vision and experiences that Microsoft and Xbox want to deliver for gamers now, so we’ve decided to close the operations side of Mixer and help the community transition to a new platform,” the Mixer team said.

The gamers will be encouraged to transition to Facebook Gaming, which has some 700 million people who play or watch games every month.

“We will work to transition the Mixer community over the next few weeks. Starting on July 22, all Mixer sites and apps will redirect users to Facebook Gaming,” said by Phil Spencer, head of Xbox, the gaming division of Microsoft,

Microsoft announced it was buying the livestream service Beam in August 2016 to bolster its effort to boost its ranks of people who play and watch games online. 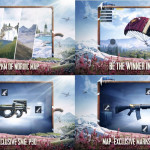 PUBG Mobile Getting New Livik Map Today With 0.19.0 Update: All You Need to Know 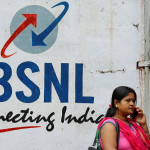 Don't miss a deal at The Home Depot
Best offers at EBay DE
Discounts, Sales and Deals at Boohoo
Save your money with Nike DE
Online-Shopping with Vimeo
Best products at Newegg