Microsoft has finally taken the wraps off the Lumia 650, a smartphone focused at the enterprise segment. It goes on sale later this week in select markets with a price tag below $200.

The Lumia 650 has long been a part of the rumor mills, and is also said to be the only Lumia smartphone Microsoft plans on launching this year. While we will have to wait and see if that is the case, Microsoft has quietly unveiled the Lumia 650 today. The smartphone goes on sale in Europe starting this week, priced around $199, which roughly translates to Rs 13,500.

Microsoft describes the Lumia 650 as device focused at the enterprise segment boasting “the best of Microsoft productivity and security, all wrapped in a beautiful slim package.” The smartphone is preloaded with Microsoft’s business applications including Office 365, as well as third-party apps like Uber. Microsoft also includes the option for the IT team to test the latest Windows 10 Mobile updates against critical line of business systems and apps, before release.

Microsoft Lumia 650 specifications and features: The smartphone flaunts a 5-inch HD (1280×720 pixels) AMOLED ClearBlack display with 297ppi and Corning’s Gorilla Glass 3 protection. Under the hood is Qualcomm’s Snapdragon 212 quad-core processor clocked a 1.3GHz and paired with 1GB of RAM.

On the storage front, 16GB internal storage is on offer, which can be further expanded up to 200GB using a microSD card. As for photography, the smartphone is equipped with an 8-megapixel f/2.2 rear camera with 2x digital zoom and LED flash. Up front, there is a 5-megapixel f/2.2 wide angle selfie camera.

The Lumia 650 also features a 2,000mAh battery that Microsoft says is good enough for up to 16 hours of talktime and up to 26 days on standby mode. Connectivity options include 4G LTE support, Bluetooth 4.1, NFC and Wi-Fi 802.11 b/g/n. On the software front, it runs on Windows 10.

The Lumia 650 is going on sale later this week in select European markets, but there is no word on plans for an India launch. 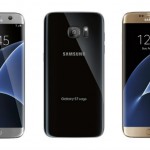 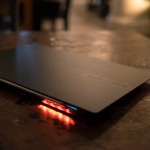 Don't miss a deal at Bodybuilding
Best offers at Ancestry
Discounts, Sales and Deals at House of Fraser
Save your money with Adobe
Online-Shopping with EBay DE
Best products at TalkTalk Phone and Broadband