Microsoft is rolling out fresh versions of its Office apps that work natively with Apple’s M1 chip, the powerhouse of the new Macbook Air, Macbook Pro and Mac Mini. Specifically, the apps getting an upgrade are Outlook, Word, Excel, PowerPoint and OneNote.

Microsoft says the programs will run faster and take full advantage of the performance boost provided by the M1. These are Universal apps, and Macs with Intel processors should also run them just fine.

Apple unveiled the M1 system-on-a-chip in November. The M1 is an impressive piece of 5nm technology, with an 8-core CPU, up to an 8-core GPU, and an advanced Neural Engine to facilitate machine learning processes. It’s the first processor designed by Apple.

To grab today’s Microsoft 365 update, head to the Mac App Store and check the Updates tab. Aside from the fresh Outlook suite and a visual upgrade to match macOS Big Sur, Microsoft has also added support for iCloud accounts in Outlook for Mac. 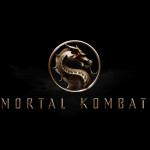 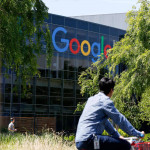 Don't miss a deal at Boohoo
Best offers at O2 Mobile
Discounts, Sales and Deals at Udemy
Save your money with Sky
Online-Shopping with EE Mobile
Best products at H&R Block