As of now, the users with Windows 7 Home Premium and Windows 7 Ultimate are receiving the notification. Enterprise users still have the option to use Windows 7 until 2023, while paying for Extended Security Updates (ESU).

Microsoft has linked a support page with the notification pop-up, explaining the end of support for Windows 7 and what options users have right now. The final security update for Windows 7 will be released on January 14, 2020.

The support page clarifies that without software and security updates, Windows 7 users will be prone to malware and viruses. Microsoft is asking users to switch to Windows 10 and claims it is ‘not recommended’ to install Windows 10 on your older device, and users should buy a new machine.

In case you’re still using Windows 7, you should look at upgrading your machine right away. You can upgrade to Windows 10 or switch to a Linux distribution of your choice. 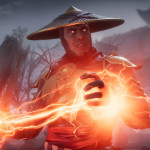 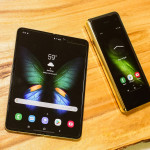 Samsung Galaxy Fold Sample Retrieval Said to Be in Progress

Don't miss a deal at Sky
Best offers at Farfetch
Discounts, Sales and Deals at Currys
Save your money with Go Daddy
Online-Shopping with Carphone Warehouse
Best products at H&R Block