Microsoft is continuing to work hard on its revamped Edge browser, and has just implemented a change that will make for smoother scrolling when viewing websites and using the scrollbar.

And the further good news is that while this change is still in testing, it has also arrived in preview for the Chrome browser (as Edge is based on Chromium, the same engine as Chrome, Google’s browser will benefit from some of the changes Microsoft is making – like this one, with any luck).

As spotted by Windows Latest, Microsoft has deployed the tweak to the earliest preview builds of Edge: Canary and Dev. The move shifts composited scrollbar scrolling to the ‘impl’ thread, meaning that “even when the main thread is busy, users can continue to interact with and scroll using scrollbars.” (The compositor is split into two halves – the main thread, and the impl thread).

It’s not necessary to know the exact technical ins-and-outs, of course, but the new way of facilitating scrolling should be generally more responsive, and will be particularly helpful when it comes to busy websites with lots of stuff going on, ushering in a more fluid scrolling experience.

The change has been implemented in the Chromium project, which means other Chromium-powered browsers should be able to take advantage of it.

Indeed, one of Microsoft’s software engineers said that these scrolling benefits have recently been implemented with Chrome Canary (to be precise, version 82.0.4072.0 of the early test version of Google’s browser adopted this new scheme of things).

The engineer notes: “This will be a perf [performance] win for scrolling on Chromium based browsers and takes us all one step closer towards scrolling unification.”

Another recent useful change in the pipeline for Microsoft Edge is the ability to switch away from Bing being the default search engine when you open a new tab, so you can use Google (or your other preferred search site) instead. 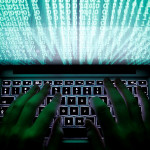 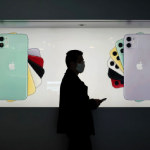 Smartphone shipments saw their largest drop ever in February

Don't miss a deal at Currys
Best offers at Argos
Discounts, Sales and Deals at H&R Block
Save your money with John Lewis
Online-Shopping with Go Daddy
Best products at Groupon