Home » laptops & PC » Microsoft’s profits jump by 33 percent thanks to the cloud, PCs and Xbox
0

Microsoft’s profits jump by 33 percent thanks to the cloud, PCs and Xbox

Another quarter, another booming earnings report from Microsoft. But what’s notable for Q2 2021is that it isn’t just the cloud driving the company forward this time. The company reported revenues of $43.1 billion, up 17 percent from last year. That’s $2.9 billion more than what analysts were expecting. Even more impressive, its profit jumped by 33 percent to reach $15.5 billion. During the last quarter, we were surprised that Microsoft managed a 30 percent profit increase.

While Microsoft’s cloud business shows no signs of slowing down, with a revenue increase of 23 percent compared to last year, it’s also seeing strong growth when it comes to the PC market in general. Its More Personal Computing business, which includes Windows, Surface and Xbox, rose 14 percent over last year to reach $15.1 billion. Analysts expected that segment to earn $13.55 billion. Not surprisingly, the company also saw a 40 percent increase in Xbox content ands services, as well as an 86 percent increase in Xbox hardware sales, both thanks to the release of its next generation consoles.

Much like Intel, Microsoft clearly benefited from the demand for more PCs during the COVID-19 pandemic. While its Windows OS sales didn’t increase much — it only reported a 1 percent jump over last year — Windows commercial products and cloud services saw a 10 percent bump. 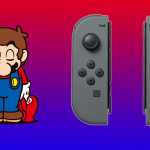 Nintendo is being sued over Joy-Con drift… again 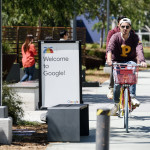 Don't miss a deal at Ancestry
Best offers at Farfetch
Discounts, Sales and Deals at Virgin Media
Save your money with Boohoo
Online-Shopping with Go Daddy
Best products at Mobiles