Home » Phones » Moto G 5G Plus: Release date, price, specs and everything else you need to know
0

Moto G 5G Plus: Release date, price, specs and everything else you need to know

If you’re lucky enough to live in one of the few 5G hotspots dotted around the UK, chances are you still won’t be able to afford the entry fee. Only a small handful of smartphones can access these faster mobile data speeds, and they tend to be flagship devices that cost the best part of a grand. Let’s also not forget that you have to sign up to a pricey 5G data contract, too.

Still, a few phones have tried to bring down the 5G network’s high barrier for entry since it was first switched on last May. Samsung’s Galaxy A90 5G managed to push the SIM-free cost down to a more considerate £669 earlier in the year, but even this was far out of reach of most customer’s wallets.

Thankfully, the Moto G 5G, which was only recently unveiled, is now the cheapest 5G phone on the market. Pitched as a phone which finally brings 5G to the masses, the Moto G 5G Plus is less than half the price of the Galaxy A90 5G, but what’s the catch?

Read on to find out everything you need to know about the Moto G 5G Plus, including price, release date and specifications.

Moto G 5G Plus: Everything you need to know

Moto G 5G Plus price: How much will it cost?

First things first, let’s reveal how much (or in this case, how little) the Moto G 5G costs. In the UK, the entry-level model – which comes with 64GB of storage and 4GB of RAM – costs £299, and is available at Argos, John Lewis, EE and O2. A 128GB variant with 6GB of RAM is also available, which costs £349 and is exclusive to Vodafone in the UK.

For reference, this is only £80 more than the 4G-limited Moto G8 Power, and you can almost buy three of these for the price of just one Samsung Galaxy S20.

Moto G 5G Plus release date: When can you buy it?

Alas, Motorola is yet to reveal a firm release date for the Moto G 5G Plus, and there’s no word yet on when the phone will be available for preorder. During the reveal event, Motorola announced that the Moto G 5G Plus will be available in the UK in July and August for the rest of Europe. As such, we can expect to see the phone begin to make its way to online shops in the coming weeks, so we won’t have to wait too long.

Moto G 5G Plus design: What does it look like?

Not only is this the first 5G-equipped Moto G phone, but the Moto G 5G Plus is also the first with a silky-smooth 90Hz screen with support for HDR playback and an aspect ratio of 21:9. This “Cinema Vision” screen measures 6.7in across the diagonal, has a 1080p resolution and has a couple of small holes in the top-left corner for the two selfie cameras (more on that later). 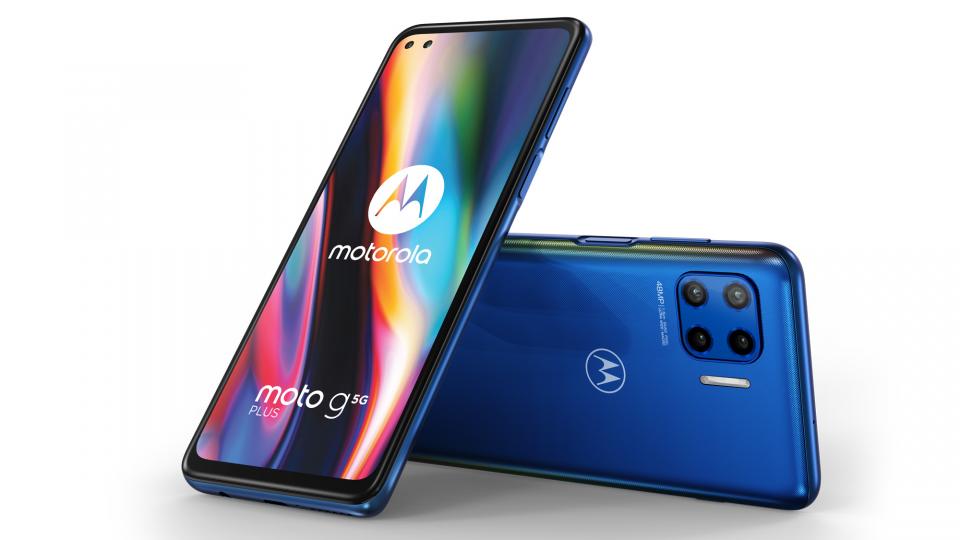 Design-wise, the Moto G 5G Plus is a bit of a departure from the rest of Moto’s budget offering. As far as I can tell from the handful of press images dotted around this article, the Moto G 5G Plus looks rather swish, with a neat iPhone 11-like square camera housing at the back, and an oblong fingerprint reader – which is also the power button – on the phone’s right edge.

Jack-lovers can rejoice too, since Motorola has opted to include a 3.5mm headphone socket, which sits next to the solitary speaker grille on the bottom, alongside the USB-C charging port which supports charging speeds up to 20w. The Moto G 5G Plus can be picked up in two colours: Surfing Blue and Mystic Lilac, and is just “water repellent” according to Motorola.

Moto G 5G Plus specifications and features: What’s inside?

In order to access the 5G network, the Moto G 5G Plus uses a Qualcomm Snapdragon 765 processor. This is the same chipset that powered Moto’s first 5G phone, the Motorola Edge, earlier in the year, which is quite surprising when you consider that the Moto G 5G Plus costs almost half the price.

As for the technical goodies, this 5G chipset is an octa-core CPU that’s built using a 7nm fabrication process and clocked at 2.3GHz. That’s a tad slower than the Snapdragon 865 – the chip that powers flashy flagship phones – which has a clock speed of 2.84GHz, but it’s still miles faster than any budget phone has any right to be, and it will likely be a rapid performer in our tests.

When it comes to the cameras, the Moto G 5G Plus has four on the back, including a 48MP camera (which takes 16MP images by default), a 118-degree 8MP wide-angle camera, 5MP Macro lens with a 2cm focus distance, and a 2MP depth-sensing unit. As I mentioned earlier, the Moto G 5G Plus also has two selfie cameras on the front: one is a 16MP snapper, and the other is an 8MP wide-angle camera. 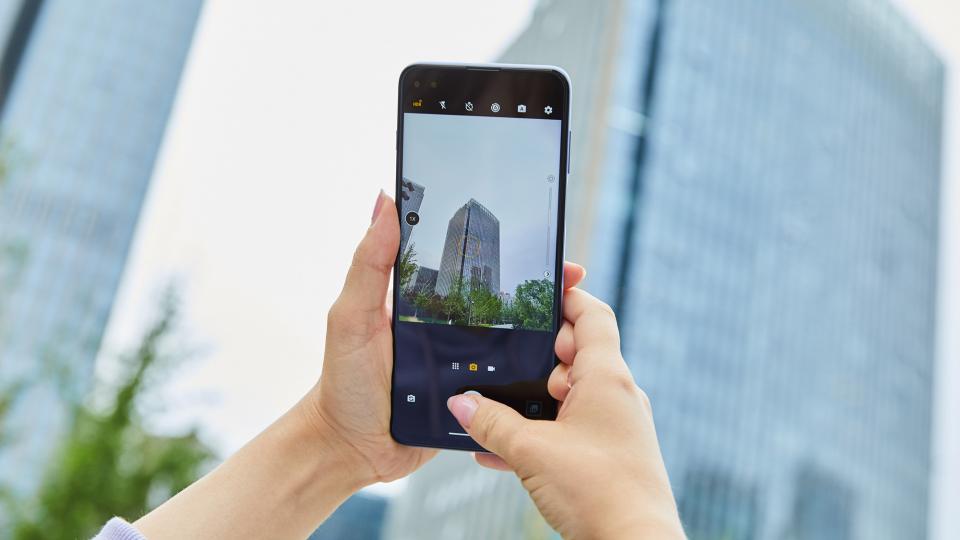 As usual, there’s also a handful of shooting modes to choose from. The Night vision setting boosts shadows and increases dynamic range and the new long exposure mode allows you to open the shutter for up to 90 seconds for fancy-looking motion blur effects and light trails. Auto smile capture also returns, as does shot optimisation, which helpfully suggests shooting modes or camera settings based on the scene.

Finally, it’s all pretty standard stuff when it comes to the 5G capabilities. The Moto G 5G Plus’ integrated 5G modem supports all Sub-6GHz frequencies, so you should be able to get connected to any 5G network in the UK without any hassle, provided you’ve got the coverage that is. 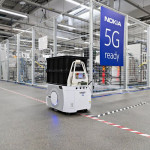 Nokia to integrate Open RAN in 2020 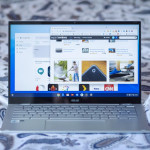 Don't miss a deal at John Lewis
Best offers at EBay DE
Discounts, Sales and Deals at Argos
Save your money with Sky
Online-Shopping with Carphone Warehouse
Best products at Intuit Small Business