Home » Phones » Moto G Nio leaks with a dual selfie camera, and it could sport a Snapdragon 865
0

Moto G Nio leaks with a dual selfie camera, and it could sport a Snapdragon 865

Motorola has confirmed it plans to include a Snapdragon 800 chipset inside one of its next Moto G phones, and we now have an idea of which, as such a chipset could end up being inside a newly leaked device called the Moto G Nio.

This isn’t the first time we’ve heard of this device, but it’s the first time it has been pictured in a leak, courtesy of often accurate leaker Evan Blass, and he specifically claims that it will be the first Moto G phone with a Snapdragon 800-series chipset.

This freshly leaked image, which we’re unable to publish here, suggests that the phone could come with a dual selfie camera setup and a large flat display with a near bezel-less design.

High-end for a G

Previous leaks have suggested the Moto G Nio will feature higher end specs than a typical Moto G device, including a Snapdragon 865 chipset, which is also found in the likes of the OnePlus 8T. So while not confirmed for now, this is looking likely to be the first Moto G with a Snapdragon 800-series processor.

Incidentally, a similar smartphone with a dual selfie camera was spotted in a Motorola video talking about a new feature the company is working on that would allow its smartphones to be used as a gaming console, a TV interface, and a Samsung DeX-like desktop interface. So the phone likely exists.

In order to fully support this new feature – and based on previous leaks – the Moto G Nio might also come with a DisplayPort Alternate Mode, an extension of USB Type-C to support video output to external displays. For Motorola phones that are already available, this new feature is expected to come with the Android 11 update.

Other specs previously rumored for the Moto G Nio include a screen with a 105Hz refresh rate, plus at least 8GB of RAM coupled with 256GB of storage, and a 5,000mAh battery.

We may also see a variant with a higher memory and storage combination though, and based on leaks the Nio is expected to run Android 11 out of the box. None of this is confirmed just yet, but we imagine we’ll hear more about the Moto G Nio soon. 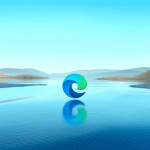 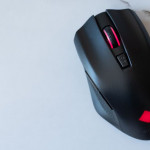 Don't miss a deal at EBay DE
Best offers at Ancestry
Discounts, Sales and Deals at Intuit Small Business
Save your money with The Home Depot
Online-Shopping with Turbo Tax
Best products at GoCompare