Home » Phones » Motorola Edge S teased – is this the anticipated Edge 2, or something else?
0

Motorola Edge S teased – is this the anticipated Edge 2, or something else?

We’ve been hoping for a Motorola Edge 2, and our wishes may have been answered in part, because Motorola has teased an upcoming flagship phone line called the ‘Motorola Edge S’, which may be this Edge successor.

The Motorola Edge S was teased on Chinese social media platform Weibo in a post by Chen Jin, the general manager of the Chinese arm of Lenovo (Motorola’s parent company).

The post teases a new flagship generation of Motorola smartphones using Snapdragon 800-series chipsets – this is a premium line of processors, so it suggests the phones will be fairly high-end.

The post also has a small image showing a Motorola logo, but the real clincher is the time-stamp, which mentions the post was made from a ‘motorola edge s’. This likely wasn’t an accident, and this is where the real tease comes in.

So what is the Motorola Edge S?

It’s very likely the Motorola Edge S series is the anticipated Edge 2 line in all but name – Jin says the S series will contain a ‘new flagship’, and the presence of the Snapdragon 800-series processor backs that up (the Edge Plus used the Snapdragon 865).

So why aren’t these new phones called the Edge 2 and Edge 2 Plus? Well, we’ll have to wait until the launch to find out (and maybe won’t even find out then), but Motorola has never been one for easily-understandable phone naming conventions.

It’s slightly possible this is something else though, as the suffix ‘S’ could be taken to hint at a foldable nature for the phones (such as how Samsung uses Z) due to the foldy nature of the letter (yes, this is pretty tentative).

A foldable phone with two hinges would look rather like an ‘S’ from above, after all, and we know Motorola is working on foldable phones thanks to its Razr line. But a Motorola Edge successor is still our best best for what the Edge S is.

According to Jin the Motorola Edge S is ‘coming soon’, so we’ll hold our breath for more information on the phones. 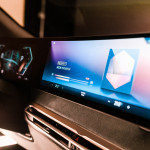 Don't miss a deal at Virgin Media
Best offers at Surfdome
Discounts, Sales and Deals at TalkTalk Phone and Broadband
Save your money with Currys
Online-Shopping with EBay DE
Best products at Microsoft Store