Motorola has a budget Galaxy Note rival in the works

In the world of smartphones with styluses, there are really only two options in 2020: the Samsung Galaxy Note 10, which comes bundled with the rather nifty S Pen and the Nintendo Switch-sized Huawei Mate 20 X which is compatible with the company’s M-Pen (M-Pen sold separately).

Make no mistake, both of these are expensive handsets. The Galaxy Note 10 sells for £869, while the Mate 20 X is £899 plus an extra £28 for the M-Pen. Stylus-packing phones are clearly for the deep pocketed only – and not just because of their monstrous screen dimensions.

But rumour has it Motorola is about to change all that. Say hello to the Moto G Stylus, pictured above via Evan Blass.

Motorola Moto G Stylus: Everything we know so far

Anyone familiar with Motorola’s line of smartphones will be instantly intrigued by the “G” in the brand name here. The Moto G range is Motorola’s stable of budget powerhouses that have dominated entry-level ‘best budget phone’ lists for the last decade.

And sure enough, specs leaked to xda-developers point to something that’s very similar to the Moto G8 Plus’ confirmed specs and those rumoured for the Moto G8 and G8 Power. That means it’ll likely be powered by the Qualcomm Snapdragon 665 processor, backed by 4GB RAM, 64GB of internal storage and a 4,000mAh battery.

It’ll have a punch-hole camera on the front of its 1080p 6.36in screen, and the back will have a triple-lens array comprising of a 48-megapixel f/1.7 camera, a 16-megapixel f/2.2 wide-angle snapper and a 2-megapixel macro lens.

Moto G Stylus: Yes, yes – but what about the stylus?

Then of course, there’s the stylus. It’ll sit snugly in a port on the bottom of the handset, much like how Galaxy Note fans would expect. Like the S Pen, it’ll be used for note taking, doodling and annotating documents digitally – far more practical than scrawling on your screen with a biro.

It does, however, have some neat tricks up its figurative sleeves. For starters, when you’re note taking, you’ll be able to write with the stylus and erase things with your fingers, without needing to fiddle with input settings.

Motorola also seems to worry you’re going to lose it. With that in mind, the phone will record a time and location every time you pop the stylus out. Then if it’s lost, you can find out where you were when you last used it and hopefully track it down that way.

Moto G Stylus price: How much will it cost?

At the time of writing, there’s no price on the Moto G Stylus – unsurprising given it doesn’t officially exist yet. But given the specifications and its place in the Moto G family, it would be surprising if it were much over £300 or much under £200.

That’s speculation, but informed speculation. The Moto G8 Plus is currently the only member of this generation of Moto Gs that’s been released, and it has an RRP of £220. It’s possible that it’ll be the cheapest one, but the G7 Plus was the most expensive model at £260, so it doesn’t seem probable. It’d kind of make a mockery of the word “plus” for one thing…

Moto G Stylus release date: When will it launch?

Again, no word on launch date, but the clever money would be on or around MWC 2020, which kicks off on February 24. Not only is this a common time for smartphone manufacturers to push out their latest and greatest handsets, but the G7 family launched the week before MWC back in 2019… 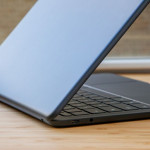 Gaming Chromebooks might finally be on their way, according to leaked commit 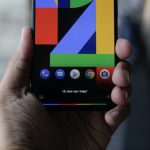 Don't miss a deal at Currys
Best offers at Carphone Warehouse
Discounts, Sales and Deals at Brian Tracy
Save your money with Surfdome
Online-Shopping with Farfetch
Best products at Ancestry