Motorola will show off its latest Razr successor on September 9th

Motorola will announce its next major device, which the company says will “flip the smartphone experience once again,” next month. Earlier today, the company sent out media invites asking journalists to set time aside on September 9th.

The teaser doesn’t provide too many hints about what we can expect, but between the included GIF and Motorola’s choice of words, it’s likely we’ll see the company announce a new version of its Razr foldable display phone.

Thanks to XDA Developers, we’ve known since May that Motorola has been working on a new Razr. The website published a report that said the device would improve on the current Razr by adding more RAM, additional internal storage and a higher capacity battery. XDA also said the flip phone would include Qualcomm’s Snapdragon 765 processor, making it 5G-capable.

Improved specs could go a long way toward making Motorola’s latest foldable compelling where its predecessor was not. In his review of the Razr, Engadget’s Chris Velazco found the phone suffered from average battery life, a dim and low-resolution screen and lackluster cameras. A $1,500 price tag didn’t help things either. Whether Motorola is able to make a better device this time around is something we’ll have to wait until September 9th to see. 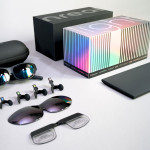 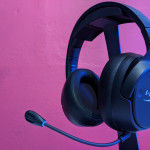 Don't miss a deal at Myprotein
Best offers at Udemy
Discounts, Sales and Deals at Boohoo
Save your money with Surfdome
Online-Shopping with Argos
Best products at Turbo Tax