When Motorola introduced the Edge, it was attempting to make an affordable 5G smartphone. The problem was that at $700 the Edge wasn’t all that affordable, and several other mid-range phones — LG’s Velvet, OnePlus Nord, Samsung Galaxy A71 5G — undercut the price. Now, after a few months on the market, Motorola has dropped the Edge price to $500 — that’s what people who preordered the phone in July paid.

At $500, the Edge is a smarter buy. Some will argue that this is really where the phone should have been priced all along. With the mid-range 5G market heating up, the new price presents an interesting choice for consumers who are comparing the Edge to other 5G phones in the $500 range.

While the speakers, fingerprint sensor and modest, 64MP camera aren’t great, the Edge gets nearly everything else right, and it is significantly more appealing at $500 versus $700. You can get the $200 discount at both Best Buy and Amazon. 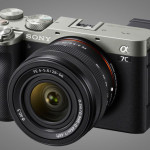 Don't miss a deal at Turbo Tax
Best offers at Argos
Discounts, Sales and Deals at Brian Tracy
Save your money with Virgin Media
Online-Shopping with The Home Depot
Best products at Ancestry