The MSI Trident 3 10th is an excellent value if you need a small form-factor gaming PC that will fit right at home with your TV and consoles. However, the entry-level model’s hard drive may be frustrating if you’re used to that SSD life.

Gaming PCs are magical things, aren’t they? They come in all shapes and sizes and can be some of the most powerful pieces of technology on the market, or just scrape by with the minimum. The fact that you can pick up an entry-level prebuilt gaming PC like the MSI Trident 3 10th and upgrade it at a later date with more powerful hardware means that you can continually keep up to date – but sometimes the “entry level” is a bit too low. 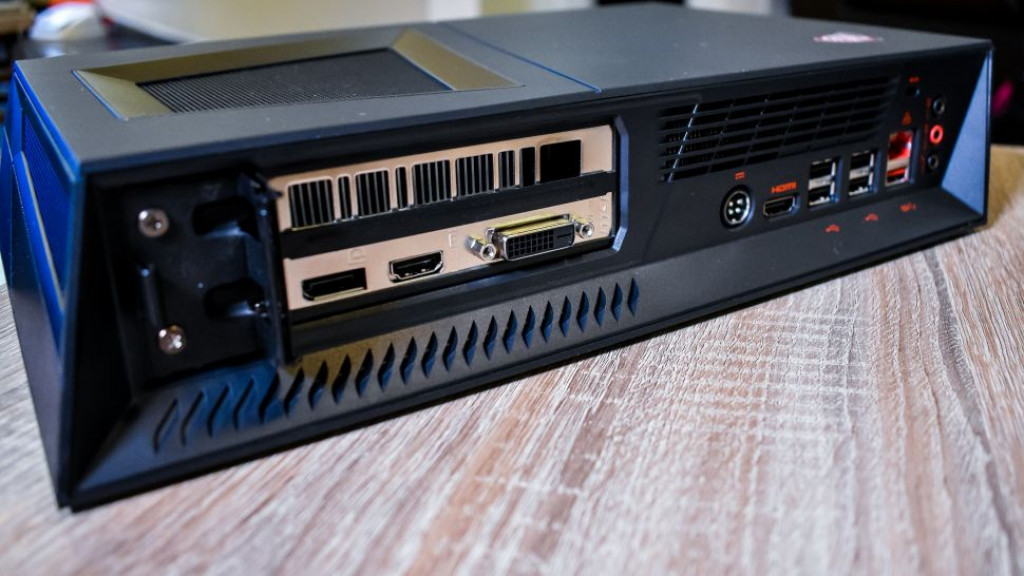 Fortunately, this is also one of the smallest gaming PCs we’ve ever used. When you lay the computer down on its side, similar to a console, it’s only a bit taller than the PS4 Pro, not as deep and just a bit wider. All told, it’s just 2.83 inches tall and has a similar footprint to any console other than the Nintendo Switch. The days where you need a giant tower to partake in a bit of PC gaming are over with the MSI Trident 3 10th.

The computer has this all-black, angular design that is way less edgy and “gamer-y” than we’d expect an entry-level gaming PC to have. The only lighting here is a red LED near the power button that, well, indicates that the thing is turned on.

At the front of the device, there is a healthy amount of ports, with two USB-A, a USB-C and separate 3.5mm audio jacks for audio in and out. 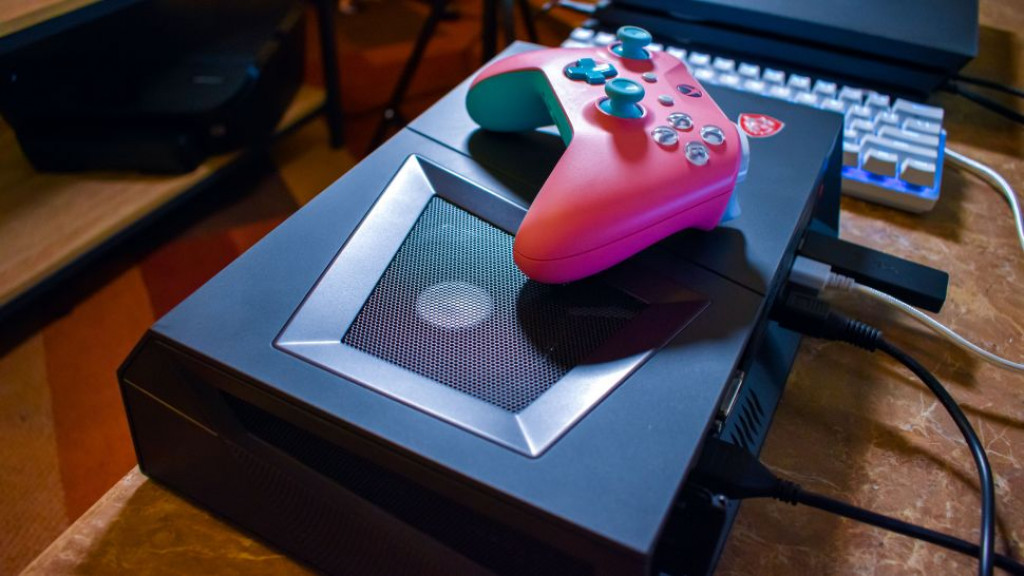 However, with this small form factor you lose out a bit one of the best parts of PC gaming: upgrade-ability. You can technically crack this chassis open, but it’s not the easiest thing in the world. Once you pop off the bottom panel, remove the screws and then slide the top of the chassis off, you can then access the internals.

However, with how complex and compact the MSI Trident 3 10th chassis is, we wouldn’t recommend novice PC users even try – which further makes it harder to recommend the entry level model. That version with a 1660 Super and a 512GB SSD keeps looking more and more tempting.

Which of course leads us to performance. If you pick up the entry level model of the MSI Trident 3 10th, you’re going to have a bit of an exercise in patience. At this point, Windows 10 is clearly designed with SSDs in mind, as the flash-based drives get cheaper and cheaper seemingly by the day. As such, once you boot into Windows, you’re going to have to sit and wait for a couple minutes, while the startup tasks finish up in the background. We find that the disk is pinned at 100% for the first two minutes or so as the computer starts up.

That’s just the hard drive life, however, but it’s something to be aware of going in, especially if you’re accustomed to using something like a modern laptop.

Once the system warms up a bit, however, the desktop performs exactly how we would expect it to. The Nvidia GeForce GTX 1650 Super in this device is perfect for medium-high settings in the latest AAA games, but where this GPU really excels is in esports. This graphics card will absolutely cut through the likes of Overwatch, Valorant, League of Legends or whatever your multiplayer poison is – just don’t go in expecting miraculous frame rates in Call of Duty: Warzone or Battlefield V. 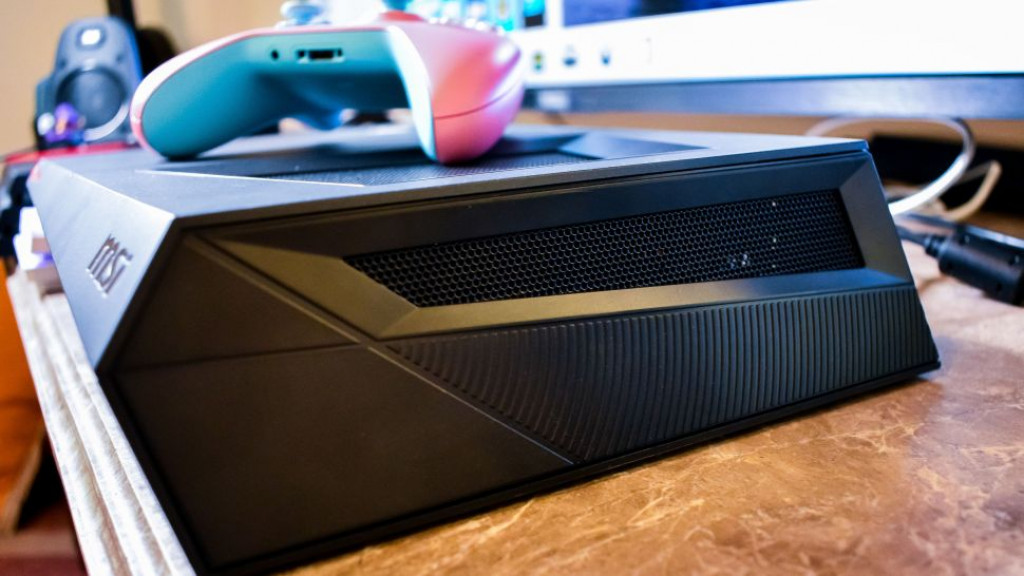 For the most part, our gaming benchmarks line up with the Surface Book 3 of all things, with the MSI Trident 3 10th coming in with a Time Spy score of 4,815 to the Surface Book 3’s 4,840. Microsoft’s pro-level laptop is similarly suited mainly for lightweight casual and esports games at 1080p, so that tracks.

Essentially, the MSI Trident 3 10th is ideal if your idea of a good time is sitting back and playing some League of Legends or World of Warcraft with friends, and you’re not too concerned about maxing out all the graphics settings. And, with how popular esports are, that’s probably a ton of people – and the MSI Trident 3 10th will work wonders for them.

Or, you can just use it as a media PC, as that GPU can easily handle 4K video, and the capacious hard drive is much more than something like the Apple TV offers. 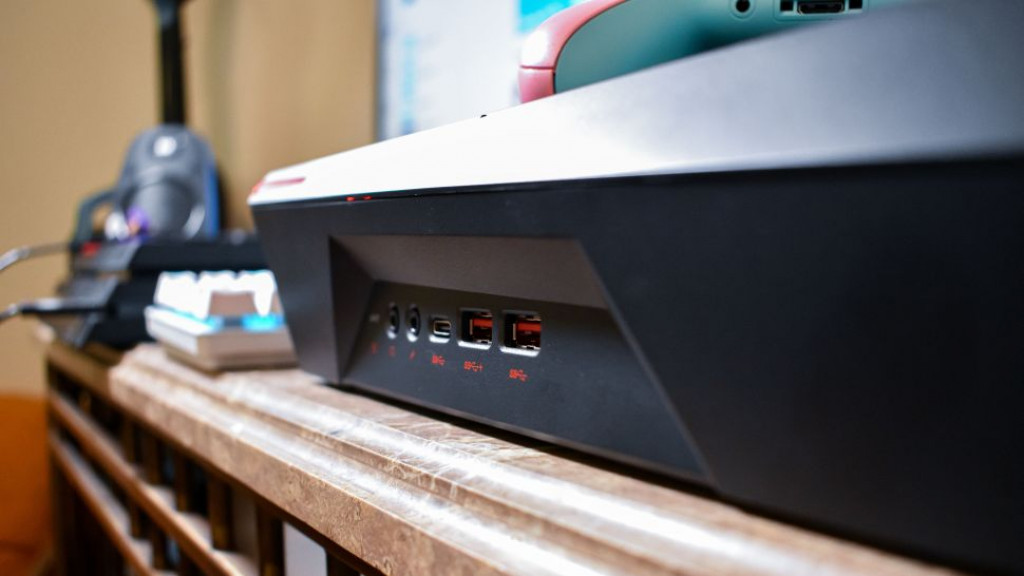 You don’t have a lot of space

The MSI Trident 3 10th is one of the smallest gaming PCs we’ve ever seen, not much larger than a gaming laptop – while being cheaper for equivalent hardware. If you don’t have a ton of space, this is an easy choice.

There’s a massive amount of gamers out there that only really want to play League of Legends or Counter-Strike. For people like this, the hardware on offer will be more than enough to ensure an excellent experience, without draining your wallet.

You’re trying to save some cash

There are other gaming PCs with a similar footprint – MSI makes one itself – that are far more expensive for the hardware on offer. This is thanks in large part to flashy RGB lighting and liquid cooling, none of which this desktop offers. If you’re looking for bang-for-the-buck, this is it. 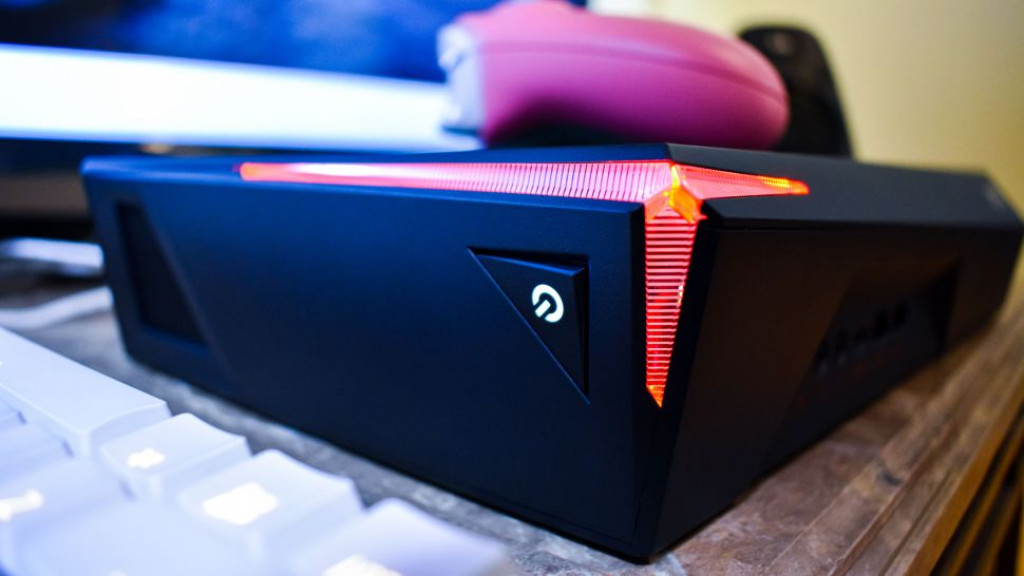 Because of how compact this PC is, it’s kind of a pain to tear apart to service or upgrade. For that reason alone, it’s probably best to get a higher-end version of the device, but if you want a PC that you can upgrade later, you may want to look elsewhere.

You need an SSD at the entry level

The entry level model of the MSI Trident 3 10th only has a hard drive and 8GB of RAM. For the money and considering the small form factor that’s not really a bad deal, but Windows 10 with an SSD is a much better experience. If you can afford it, we’d recommend going with the $999 model. 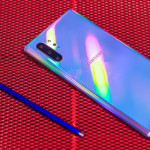 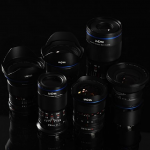 Don't miss a deal at Vodafone UK
Best offers at O2 Mobile
Discounts, Sales and Deals at Boohoo
Save your money with Marks and Spencer
Online-Shopping with Argos
Best products at Microsoft Store