Netflix is reportedly preparing to add an audio-only feature to its Android app that is said to let users (just) listen to Netflix shows, or, listen to their shows while they do other things with their devices. A publication has been able to unearth evidence in the Netflix app for Android that mentions a background audio playback feature. Apart from the benefits of multitasking, the feature – that essentially turns off video – will also be able to help users save data and their device’s battery life.

XDA Developers has been able to find a mention of it in the code of the Netflix app for Android version 7.79.1, suggesting that Netflix is preparing to add background audio playback feature to let users listen to their audio content of movies and shows in the background. The publication shares that code from the Netflix v7.79.1 app for Android contained these strings “Save your data by turning off the video and listening to your favorite shows […] The video is off, but you can continue listening to your show while you are busy doing other things.”

As mentioned, apart from the obvious benefits you get from being able to multitask while continuing to listen to your Netflix content in the background, the company appears to be also pitching it as a way to save data and battery life. This would make sense, as the screen and chipset no longer need to display video content. Of course, Netflix already offers a picture-in-picture mode, or more specifically, a floating window on both Android and iOS, allowing users to continue watching and listening to content while they do other things. The differences between the two modes, or background audio playback and picture-in-picture, should be apparent. 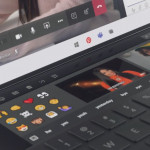 Windows 10X could be ready by December, but without an important feature 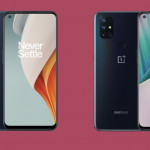 Don't miss a deal at Carphone Warehouse
Best offers at Vimeo
Discounts, Sales and Deals at Sky
Save your money with Argos
Online-Shopping with Microsoft Store
Best products at Brian Tracy