Google Chrome has a new feature that will warn you if your login details have been leaked in a data breach, so you can take action by checking your accounts for unauthorized use and changing your passwords to secure them.

The new tool is part of Chrome 79, which is rolling out now for desktop devices. Whenever you log into a site using the browser, it will check your credentials against a database of known leaked details and warn you if yours are included

Before now, Chrome could identify stolen logins using a plugin called Password Checkup, but this is the first time the function has been baked into the browser.

Firefox also has a similar tool in the form of Firefox Monitor, which lets you check for data breaches by entering an email address, and can monitor multiple email addresses and send you a warning if any of them appears in a new data breach in the future.

Keep it secret, keep it safe

Previously, Google had used a database that was updated every 30 minutes, but attackers change their domains so quickly, the company has decided to switch to a real-time model that it believes will stop 30% more phishing attacks.

It’s not foolproof though, and phishing attempts are becoming increasingly sophisticated, so it’s wise to consider protecting your accounts with multi-factor authentication wherever possible. This is an extra form of identification used in addition to a password (such as a code from a mobile app, or a USB device).

It’s also a good idea to install a free password manager, which will store all your logins in an encrypted vault and can help you create more secure passwords that are different for every site, so if one account is breached they won’t all be vulnerable.

You should receive the update to Chrome 79 in the coming days, but if you can’t wait then open the settings menu, scroll down to ‘Help’ and click ‘About Google Chrome’. The browser will scan for updates and prompt you to restart once the update has been downloaded. 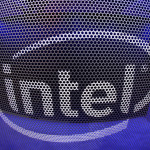 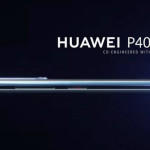 Don't miss a deal at Boohoo
Best offers at Marks and Spencer
Discounts, Sales and Deals at Argos
Save your money with Vimeo
Online-Shopping with Brian Tracy
Best products at Sephora