In the midst of celebrating the two million sales of the Redmi Note 7 series, Xiaomi has started teasing its new 48-megapixel camera phone. While initially the company hadn’t revealed the brand of the new 48-megapixel phone, now, the official Redmi India Twitter account on Tuesday suggested the new phone will debut under its brand. The phone could sit alongside the Redmi Note 7 Pro that was launched in late February with a 48-megapixel primary camera. The new revelation notably comes just days after the Chinese company teased the launch of its triple camera smartphone in India. The company is also in plans to bring a Snapdragon 730 or Snapdragon 730G powered phone to the country, and this might be the same phone that the company is currently teasing.

The official Redmi India Twitter account on Tuesday posted a teaser tweet suggesting the arrival of the new 48-megapixel camera phone. “An all-new Redmi with a new 48MP Super camera is coming,” the tweet reads.

The tweet teasing the new development also carries an image to confirm that the Redmi Note 7 Pro ₹ 16,599 will no longer to be the only 48-megapixel camera phone in the company’s lineup.

The new 48-megapixel camera phone is likely to be the one that was previously teased to carry a triple rear camera setup. Xiaomi was recently also teasing a new Snapdragon 700-series powered smartphone that could have either the Snapdragon 730 or Snapdragon 730G SoC.

If we look at some of the recent rumours, the new Xiaomi phone with a 48-megapixel camera might be the Mi A3 that could emerge as the successor to last year’s Mi A2 ₹ 11,999, and it is also rumoured to sport a Snapdragon 700-series processor. There are also chances that the new handset could come as a new Redmi model. 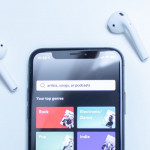 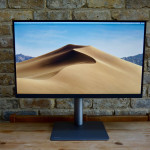 Don't miss a deal at Microsoft Store
Best offers at Argos
Discounts, Sales and Deals at Newegg
Save your money with John Lewis
Online-Shopping with Nike DE
Best products at Groupon