Xbox Game Pass members might soon be able to stream games that aren’t included in the subscription service, as Microsoft expands the functionality of Xbox Cloud Gaming.

Bundled with all Xbox Game Pass Ultimate subscriptions, Xbox Cloud Gaming lets you stream titles to your Xbox Series X|S, Xbox One, and PC. Currently, you can only stream select titles from the Xbox Game Pass library. At Microsoft’s 2019 X019 event, the company shared plans to let members “stream from the cloud Xbox games that they already own or will purchase” by 2020.

That window came and went without the update, but Microsoft reaffirmed that goal this year in a June Xbox Wire post , with editor, Will Tuttle, saying we could expect it “later this year.” But it appears that the feature could be rolling out sooner rather than later.

Seems like #Xbox is ramping up their plans to bring Games that are not a part of #XboxGamePass to Xcloud.Like GTA V, Soul Hackers 2 and Elden Ring.Could be a Gamescom Announcement.Elden Ring:https://t.co/zNII7pgWiFNews from June:https://t.co/pLgovQFW3i pic.twitter.com/FDPQXW4XDLAugust 9, 2022

The logos have since been removed, with a bug being cited as the cause (via Eurogamer) but their appearance suggests that Microsoft is likely gearing up to add the titles to the streaming platform fairly soon. Now we’re in August, Microsoft only has four months left to make good on its promise, and roll out the new feature before the end of the year.

When the expanded service does launch, it could be a game-changer. The titles mentioned above are some of the biggest releases of the last few years, and having the option to play them through the cloud makes them far more accessible to PC gamers. You won’t need a top-of-the-line rig kitted out with the best graphics card to play them. Instead, you can purchase the games for console, redeem them through your Microsoft account, and start streaming on any old rusty PC. That’s potentially a big saving.

It should also save you from having to wait for your most anticipated games to come to Game Pass. Beloved behemoths like GTA 5 are unlikely to ever hit Microsoft’s subscription platform, but this new and improved Xbox Cloud Gaming should let you stream it on your PC anyway. Microsoft hasn’t yet announced which games will be steamable, but those spotted by the Twitter sleuths above hint at a broad selection.

Don’t expect all of your gaming woes to evaporate overnight, though. You’ll still need to buy the game, subscribe to Xbox Game Pass Ultimate, and, most importantly, have a reliable internet connection capable of streaming. Xbox Cloud Gaming doesn’t yet support mouse and keyboard, either, only letting you stream games that can be played with a controller. That should change in the future, however, as Microsoft is currently working on adding support for the PC peripheral. 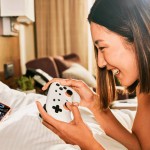 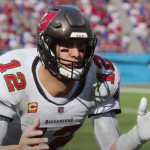 Don't miss a deal at Vodafone UK
Best offers at Vimeo
Discounts, Sales and Deals at Adobe
Save your money with The Home Depot
Online-Shopping with Bodybuilding
Best products at Go Daddy