Nikon is continuing to tease its upcoming full-frame mirrorless camera with the launch of a new video.

At just over 30 seconds long, the video charts the legacy of the company’s famous F-mount lens mount. Starting with the original Nikon F SLR camera from 1959, a series of models flash past until we reach the Nikon D5, the company’s flagship DSLR. The video then fades to black before revealing a very low-key profile shot of the new mirrorless camera.

It’s the first time we’ve seen such a clear outline of the new camera and the new lens mount.

Focusing on the lens mount for a moment, and with Nikon already revealing that it has opted to swap to a new mount design for its new mirrorless camera, this video gives us a little more of an idea about what we can expect from the new design.

The video is supported with the caption: “Ever since the Nikon F film camera, generations of Nikon cameras have been built around the F mount. Building on that technology and DNA, Nikon is now aiming for new heights.”

It’s hard to say for certain, but it looks like the new lens mount is larger than the current F-mount, and dominates the front of the new camera. A larger diameter certainlay makes sense, as this will allow lens designers to engineer better and potentially faster optics.

To get all the latest news and in-depth analysis on Nikon’s new mirrorless camera, keep an eye our regularly updated news and rumors page, where you’ll find everything you need to know. 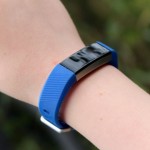 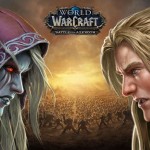 Don't miss a deal at Currys
Best offers at EBay DE
Discounts, Sales and Deals at O2 Mobile
Save your money with Boohoo
Online-Shopping with Nike DE
Best products at Brian Tracy