Nikon Z50: everything we know so far

Nikon’s first foray into the full-frame mirrorless market was quite a success, but the camera maker has been quiet since the launch of the Z7 and the Z6, with the exception of quelling the rumors of the D6 and confirming the pro-level sports DSLR is definitely in development.

However, there has been talk of Nikon expanding its mirrorless line, but instead of adding to the full-frame catalogue, it seems there’s a crop sensor APS-C mirrorless camera incoming. That would, of course, make sense with Sony announcing the Alpha A6100 and A6600 at pretty much the same time Canon released the EOS M6 Mark II.

The forthcoming APS-C mirrorless snapper is rumored to be the Z50, so it seems like Nikon has chosen a naming format for its mirrorless range. Looks like single-digit nomenclature – like Z(x) – will indicate a full-frame mirrorless shooter, while those with double digits, or possibly ending in a zero would indicate it’s an APS-C mirrorless option.

If rumors of the Nikon Z50 are true, then this will be the first APS-C mirrorless camera from the Japanese manufacturer. However, it remains to be seen where Nikon will position this snapper – either as an enthusiast-level option by paring back some of the pro-level functionality of the Z7, or by offering a similar feature set as the Z6, only in crop-sensor format.

One thing that seems to be fairly certain, though, is that when the Z50 launches, it will come with two new lenses. Which brings us neatly into Nikon’s mount options. We’ll have to wait and see if Nikon will choose to emulate Sony and use the Z mount across its entire mirrorless range, or whether its the APS-C cameras will be different from the full-frame mirrorless ones.

Much is yet to be discovered but here’s what we already know so far.

There’s no official word on when we can expect to see the Nikon Z50 on shelves, but it seems as though the launch is imminent with Nikon Rumors suggesting it could be as soon as October 10. There could be some truth to that as camera manufacturers traditionally look to cash in on the Christmas shopping period.

When it comes to the price tag, it can be hard to judge as we’re still not sure where Nikon will position the Z50. However, if we extrapolate from the August 2019 Sony and Canon announcements, we wouldn’t be surprised if Nikon slapped a price of about $1,000 on the device (so around the £800 / AU$1,700 mark), provided the Z50 is an enthusiast-grade camera.

If there’s any truth to that price leak, then it’s highly likely the Nikon Z50 will have enthusiast-level features, offering a competitive option for those looking to move away from APS-C DSLRs and into the mirrorless fray.

It has been suggested that the Nikon Z50 could house a 20MP image sensor. That would put the APS-C mirrorless camera in par with the D7500 – one of the best DSLRs we’ve ever tested – and the D500, with both DSLRs sporting a 20.9MP CMOS sensor.

If this is true, there is a possibility that the Z50 could replace either of the DSLRs, meaning it will likely be an enthusiast-level camera.

The only physical feature of the Z50 that has made the rumors list is a 3-inch pivoting rear LCD display. We’re unsure what a ‘pivot’ LCD screen is, although it could hint at a flip-up screen that can be raised 180-degree for a front-facing view that vloggers need.

That said, it wouldn’t surprise us in the least if the Z50 came with a 3.2-inch tilt-angle touchscreen that both the D7500 and the D500 currently boast.

While we know nothing else about the physical features of the Z50, Nokishita has tweeted a photo of what it claims to be the camera itself.

If the above image is truly that of the Z50, then it would seem that the forthcoming camera is very much like its older full-frame siblings. Unlike the Canon EOS M6 Mark II, it seems the Nikon Z50 will have an integrated electronic viewfinder, although there have been patents filed by the camera maker showing off an APS-C body without a viewfinder.

Also like the existing Z series snappers, the Z50 is rumored to have just a single card slot, and given it’s an XQD slot in the older cameras, it wouldn’t surprise us in the least if Nikon continues that trend.

According to Nikon Rumors, the Z50 will have a burst speed of 11fps. That seems to put it somewhere in the middle of Nikon’s mirrorless range, with the Z6 capable of shooting continuously at up to 12fps while the Z7 can go up to 9fps.

If this spec is true, then it’s also faster than the D7500 and the D500 with burst speeds of 8fps and 10fps respectively, and making the Z50 a decent option for sports and wildlife photographers.

While in-body image stabilization is becoming the norm in mirrorless cameras, there is a chance the Z50 will come without IBIS, so here’s hoping the lenses that are rumored to launch alongside the new camera are stabilized.

4K video capture is definitely the norm now, so we’re quite sure that’s going to be the case with the Z50, with at least 30fps frame rate. It would be interesting to see if Nikon manages 4K/60p recording just to remind Sony its Alpha A7S III is still nowhere to be seen.

Rumors suggest the Nikon Z50 will use a newly registered EN-EL25 (7.6V, 1120mAh) battery which, at the time of writing, has no CIPA rating. So we have no idea on battery life which will be hugely dependent on the image processor under the hood, shooting specs, and so much more.

Where the Z7 and the Z6 arrived without a battery grip, it is likely a new grip will be introduced for the Z series range of snappers with the Z50. Nikon Rumors recently posted an image of a battery grip attached to a Z7 body, however there were no buttons on the grip itself. Whether the new MB-N10 battery grip will offer any controls is as uncertain, but at least those looking to extend battery life on their Z series cameras will have an option to do so.

That said, as an APS-C camera, there will be a 1.5x focal length multiplier and these lenses will offer a tad more zoom (for example, the 50-250mm will have an effective focal length of about 75-325mm). 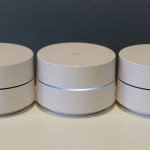 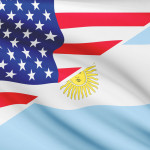 Don't miss a deal at TalkTalk Phone and Broadband
Best offers at Bodybuilding
Discounts, Sales and Deals at Argos
Save your money with John Lewis
Online-Shopping with O2 Mobile
Best products at Ticketmaster UK