Nintendo has officially revealed its Black Friday Nintendo Switch deals – but the offerings aren’t as good as we hoped.

Nintendo revealed its Black Friday deals will start rolling out from November 27 and will include a handful of Switch games alongside offers on a pair of Joy-Con controllers, Poké Ball Plus and a Nintendo Switch bundle that includes Mario Kart 8 Deluxe.

While Nintendo’s Switch game deals see you saving $20, while saving $20 on the Poké Ball Plus and $30 on a pair of Joy-Cons, we’re expecting to see much better deals over Black Friday and Cyber Monday from the likes of Amazon, Walmart and BestBuy.

The Nintendo Switch with Mario Kart 8 Deluxe bundle may look like a good deal at $299.99 – resulting in a saving of $59.99 on MSRP – but it’s the same deal we seen on this bundle last Black Friday. In addition, the Nintendo Switch included in the bundle is the older model with poorer battery life.

Also, if you take into account that Mario Kart 8 has been out for a while and that the Nintendo Switch retails for around $299 on its own, the bundle deal isn’t an amazing offering – unless you really like Mario Kart.

Unsurprisingly, there are no deals on the Nintendo Switch Lite, which only released in October.

Nintendo’s Black Friday deals begin on November 27, with some deals not starting until November 28. 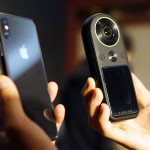 The world's smallest 8K 360 camera can fit in your pocket 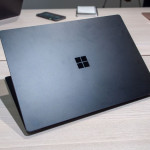 Don't miss a deal at Udemy
Best offers at Carphone Warehouse
Discounts, Sales and Deals at Newegg
Save your money with House of Fraser
Online-Shopping with Marks and Spencer
Best products at The Home Depot