Nintendo is reportedly working on remasters for most of Super Mario’s 35-year back catalogue for the Nintendo Switch, as part of the 35th anniversary celebration for Super Mario Bros. The company will reveal its plans for these releases at an event that will mark the 35-year milestone. The remasters include 1997’s Super Mario 64, 2002’s Super Mario Sunshine, Super Mario Galaxy, and many more. The company plans on re-releasing some of its old games as well and is said to be working on a new Paper Mario game.

A new instalment of Paper Mario is also expected in 2020, along with a Deluxe version of 2013’s Super Mario 3D World. Engadget states that Super Mario 3D World remaster will include some additional levels as well. As of now, there are several old Mario games available on the Switch through the NES and SNES Switch Online services.

Nintendo plans on revealing new details about its partnership with Universal, as well as, an animated Super Mario movie and Super Nintendo World theme park. Nintendo recently got into four-year partnership with Lego as previously reported by The Brothers Brick and released its Lego Super Mario set.

According to Video Games Chronicle, Japanese video game company was supposed to reveal its Super Mario 35th Anniversary plans at Electronic Entertainment Expo (E3) 2020 but due to coronavirus concerns, the event was cancelled. Now, it is expected that the company will make its announcements through a digital presentation, most likely the Nintendo Direct for June, according to the report by Engadget. 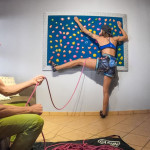 Don't miss a deal at O2 Mobile
Best offers at The Home Depot
Discounts, Sales and Deals at Brian Tracy
Save your money with Virgin Media
Online-Shopping with Ancestry
Best products at Bodybuilding