HMD Global’s Nokia-branded phones lead research firm Counterpoint’s trust rankings in 2020. Nokia phones have been lauded for providing the most comprehensive software and security updates. The brand has the highest share of the portfolio recommended for enterprise use. A total of 20 Nokia-branded phones that were sold between Q3 2019 to Q2 2020 have been updated to Android 10 operating system by HMD Global. OnePlus comes in second with seven handsets updated to Android 10 sold in the same period. Counterpoint reports that Nokia-branded phones also lead in build quality as they reportedly apply tougher tests than the industry average.

The Counterpoint report highlights that Nokia is the best performing when it comes to Android OS software version updates, whereas Vivo seems to be the worst. Only 24 percent of Vivo phones sold between the period Q3 2019 to Q2 2020 were updated to Android 10. A large percentage of phones still remain on Android 9 Pie, and a significant chunk is stuck on Android Oreo as well. LG is not too far with only 25 percent of phones sold in the same time receiving Android 10 OS updates. Lenovo and Oppo are also very inconsistent with their update strategy with only 36 percent and 50 percent phones getting the Android 10 update, respectively.

Both Nokia-branded phones and OnePlus phones account for 100 percent of handsets sold between Q3 2019 and Q3 2020 running on Android 10. HMD Global has reportedly updated 20 eligible phones, whereas OnePlus has updated a total of seven phones to Android 10.

Counterpoint reports that HMD Global has been consistent with security patches as well, with all of the phones sold between Q3 2019 to Q2 2020 receiving regular monthly updates. OnePlus falls a little behind with 90 percent frequency in rolling out monthly patches. Samsung is reported to be extremely poor with security patches with only 22 percent monthly frequency recorded. Oppo is listed to be the most inconsistent when it comes security updates.

Apart from consistency in software and security updates, Counterpoint notes that Nokia phones undergo tougher tests than the industry average. “When considered alongside the faster software and security updates the strong build quality means Nokia phones will last the test of time which is increasingly important at a time when global device replacement cycles are getting longer, now approaching 30 months,” Associate Director, Tarun Pathak says. 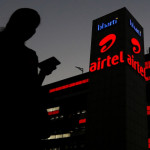 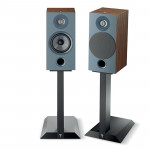 Don't miss a deal at The Home Depot
Best offers at John Lewis
Discounts, Sales and Deals at Marks and Spencer
Save your money with H&R Block
Online-Shopping with Microsoft Store
Best products at Groupon