The Nvidia Shield sure has gone through a lot of changes in the past few weeks. After the portable Android-based gaming device was given a sturdier design, a 50 dollars price cut, and a delayed release date, it finally started shipping in the US this week. So far there’s no Nvidia Shield UK release date or UK price, but if it is a success in the US expect to see it hit these shores this year. We took a look at Nvidia Shield reviews around the web to find out if that is likely to be the case. See all Games console reviews.

WHAT IS THE NVIDIA SHIELD?

But just what is the Nvidia Shield, you ask? That’s a good question, and, depending on who you ask, you’ll get a different answer. To look at it, the Shield looks like an Xbox 360 controller with a flip-up, 5-inch display slapped on top.
For some, the Shield is an Android gaming device that’s also capable of streaming full-fledged PC games from Nvidia’s 600-series GeForce graphics cards. For others, it’s a PC game streaming device that happens to play Android games. But the device also runs stock Android, turning it into a multimedia machine capable of streaming Netflix, checking out Facebook, or listening to music via Spotify.
But how does it feel? Early reviewers report mixed results.
NVIDIA SHIELD: THE HARDWARE

Most reviewers looking at the Nvidia Shield agree that the device’s gaming controls took the Xbox 360 as its inspiration.

The Verge says the “shoulder buttons and D-pad are too much like their Xbox counterparts, all clicky and shallow.” AnandTech, meanwhile, says “the [Shield’s] analog trigger resistance, bumper clickiness, and analog stick friction feel remarkably like the 360.”
Going deeper, the Nvidia Shield sure has a sweet set of specs, including an Nvidia Tegra 4 quad-core processor, 2GB of RAM, a 5-inch display with 1280-by-720 resolution at 294 pixels-per-inch, 16GB of onboard memory, Wi-Fi, Bluetooth 3.0, pint-sized HDMI and USB 2.0 slots, and a 28.8 Wh battery. The device itself weighs in at 1.27 pounds and is priced at 300 dollars.
Most reviewers said the Nvidia Shield was a fantastic device for watching movies thanks to its beautiful screen and surprisingly good speakers, though its 1.27-pound heft puts a hampering on the device’s portability. Battery life for the device proved solid, however.

NVIDIA SHIELD: ANDROID GAMING? NOT YET

Gaming controller preference may simply be too personal to be of any help in a review, but one thing reviewers were clear on is the Nvidia Shield and the state of Android gaming. IGN said it best, noting that the Shield “is a product designed for a world where Android games have evolved into rich, immersive 3D experiences optimized for traditional gamepad controls. The trouble is, that world doesn’t exist–at least, not yet.”
There are many Android games that will be able to handle the Shield’s inputs–some of which are optimized to work with the device, and some not. But how each individual Android game works with the device appears to be hit or miss.
Engadget, for example, found that ARMA Tactics (a Shield-ready game) couldn’t keep up with the button inputs coming from the portable gaming machine. IGN said the Shield’s gamepad controls made Android games more engaging, but the quality of gameplay was still lacking compared to devices like the Sony PlayStation Vita or the Nintendo 3DS. AnandTech offered similar sentiments, noting that there really isn’t a killer title yet for Nvidia’s gaming machine. 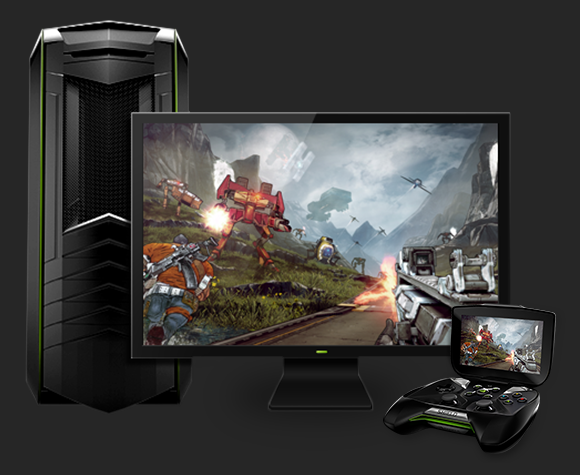 One of the most interesting gaming features for the Shield is its ability to stream gameplay from your PC to the handheld gaming machine. But game streaming is not for every system: To work, you’ll need a Windows 7 or 8 PC with a GeForce GTX 650 GPU or higher, a minimum 3.1 GHz Intel Core i3-2100 or 2.8GHz AMD Athlon II X4 630, and 4GB or more of system memory. You’ll also need a recommended 802.11n dual-band router, but an 802.11a/g router will work in a pinch.
If you get past all the hardware requirements Shield can help you enjoy Batman: Arkham City, Borderlands 2, Dishonored, Metro: Last Light, Resident Evil 6, or Skyrim from the comfort of your couch.
When AnandTech tried the feature using a PC supplied by Nvidia, the site said the feature worked beautifully, with only the occasional hiccup in gameplay and audio streaming, and The Verge also reported a positive PC-streaming experience with the Shield.
The accolades weren’t unanimous, however. Both Engadget and IGN said the game streaming feature wasn’t completely polished, complaining of visual hitches, some lag time, freeze-ups, dropped connections, and visual artifacts.
But as IGN said, even with the streaming problems “the novelty of being able to high-end games effectively on a small portable is unquestionably awesome.”
Nvidia has slapped a beta tag on the PC streaming feature as it continues to work out the kinks. The company says a software patch will come out at the end of the beta period with more supported games, better Wi-Fi compatibility, bug fixes, and new features.
NVIDIA SHIELD: ODDS AND ENDS

Whether the Nvidia Shield is for you depends on a multitude of factors, it seems. If you like the idea of experimenting with Android games–some of which may be duds–in a handheld console-style device, then the Shield may be a good choice. Similarly, if you have the right PC set-up and a strong network at home, then you may want to experiment with PC game streaming, even if it is in its early days.
But while every reviewer praised the Shield’s hardware and its vision, be sure you know what you’re getting into: All said that between the ho-hum selection of compatible Android games and the nascent state of PC streaming, convincing anyone but enthusiasts to plunk down 300 dollars on the Shield will be a hard sell. The Shield is an impressive bit of hardware, they say, but it’s niche–and it doesn’t really replace any of the devices you already likely own. See all Games console reviews.

The Shield is an impressive bit of hardware but it’s niche – and it doesn’t really replace any of the devices you already likely own. 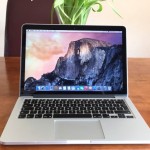 Don't miss a deal at Ticketmaster UK
Best offers at Argos
Discounts, Sales and Deals at Currys
Save your money with EBay DE
Online-Shopping with Boohoo
Best products at TalkTalk Phone and Broadband