Oculus Link is both mundane and magical. Mundane, because all you’re doing is plugging a USB-C cable into your Oculus Quest headset. Magical, because doing so now temporarily transforms the standalone Quest into a powerful PC-based system. “Your Quest is basically a Rift now too,” said Mark Zuckerberg at Oculus Connect 6—and he wasn’t lying. It’s rough around the edges, but Quest is virtual reality’s future, a best of both worlds miracle.

And the Oculus Rift? It’s dead.

Oculus Link released into beta last week, and getting it up and running is a pain in the ass. Oculus plans to release a custom 5-meter Link cable next year, but at the moment you’re stuck navigating the mess that is USB-C cabling. Will yours work? Who the hell knows?

So Tech Tober is over and all the phones we’ve been waiting
Case in point: The charging cable that came with Quest does not work for Link. It supports charging but not data.

Oculus’s recommendation was a specific 10-foot Anker cable. Predictably, it’s now completely sold out on Amazon for the foreseeable future. And you need at least a 10-foot cable. I tried a six-foot cable I had kicking around, only to realize that left me with about a foot of usable slack. Not a great experience. Even 10 feet is too little, especially if (like me) all your USB 3.0 ports are in the rear of your PC. There’s two feet, wasted.

Really, you should simply wait for the custom cable from Oculus—and not just because it’s longer. The Quest’s USB-C port sticks straight out from the side of the headset. That’s not a problem when you’re charging the Quest, but it feels pretty damn fragile when you have 10 feet of cable hanging off. There’s a lot of torque on that connection, and I’m sure someone’s going to destroy their headset with an accidental yank. Oculus’s custom cable is designed to lie flat against the side of the Quest, alleviating some of that stress.

This is a beta though, so beta hardware solutions are the cost of early access. Just be careful, folks.

[ Further reading: These 20 absorbing PC games will eat days of your life ]
Plug in the Quest, and your next hurdle is Oculus’s software. In theory, all you need to do is make sure both the Quest and Oculus’s PC-side software are running the latest updates. In theory. 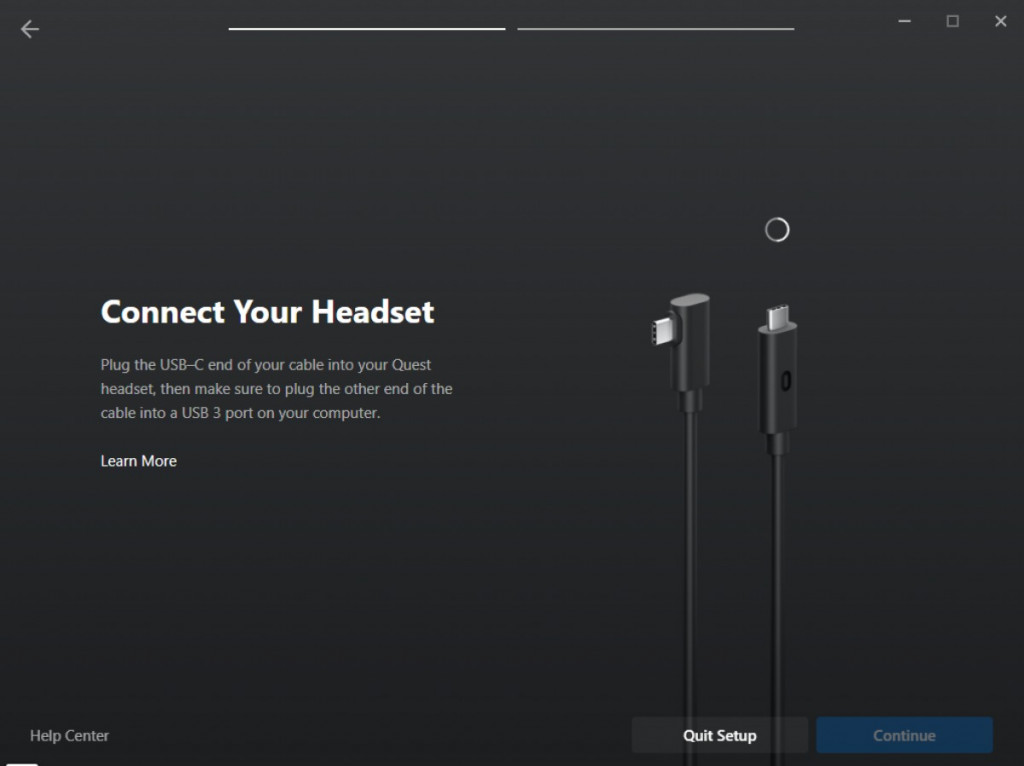 It took me almost an hour to figure out what was wrong. Here’s what happened: Link released on Monday. I updated my Oculus Quest and updated my PC, did some quick tests with the six-foot cable, and it all worked. Later in the week I went back and it was broken. I’d try and enable Link, the Quest headset would flash black like it was initializing, and then it would crash back to the mobile environment.

Turns out, it was because I’d enabled Oculus’s beta branch on Monday to try and fix a different issue. Sometime last week, Oculus released a new beta version of its PC software with new beta drivers, breaking the Link beta compatibility. Yes, two separate and incompatible betas, running at the same time. Oof. Deactivating the beta branch and rolling back the drivers fixed the issue, but again, this is very much a work-in-progress.

It’s amazing though! Oculus Link is amazing! The rough edges don’t negate that fact. Once everything’s sorted, accessing your PC library really is as simple as plugging in the Quest. Windows plays the ol’ “Device Connected” jingle, a menu pops up in VR asking if you’d like to enable Link functionality, and then you’re running the full desktop Oculus Home environment.

I’ve done some testing with old favorites like Google Earth VR and Lone Echo, plus newcomers like Pistol Whip and Asgard’s Wrath. Latency is negligible, and Quest is effectively a substitute for the tethered Oculus Rift S—but one you can unplug and take elsewhere, when the urge suits you. 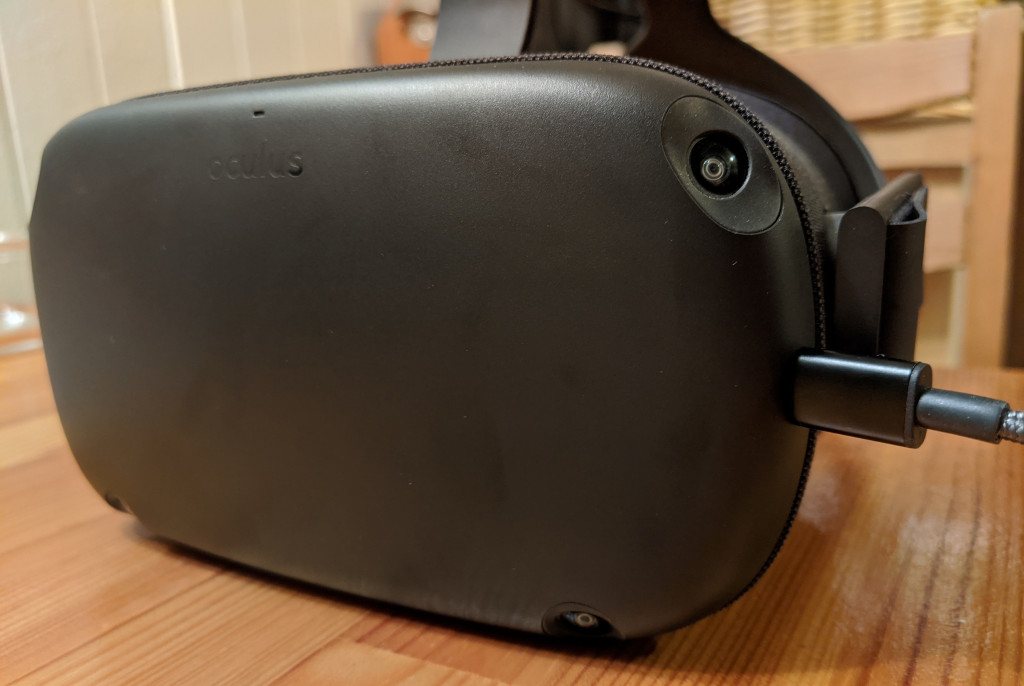 There are still clear benefits to the Oculus Rift. The Quest, even with the custom Link cable, will probably never be as simple nor as comfortable as the Rift. The latter is designed to be tethered, so the cable runs back along the side of the headset. You could potentially design a hook or whatever to mimic those ergonomics on the Oculus Quest, but only by sacrificing some of the plug-and-play convenience. If you don’t affix it the cable simply hangs, heavy and constantly in the way of your left hand. It’s hard to know what’s best, and I’m hoping Oculus devises a solution (even a cheap one) for its custom cable.

The Oculus Rift S also has an additional camera for position tracking. It’s not much, but it does monitor slightly more of your surroundings—especially above the head, an area Quest struggles to follow even with the redesigned Touch controllers.

Specs-wise, the Oculus Rift S has a slightly higher refresh rate of 80Hz compared to the Quest’s 72Hz. You probably won’t notice, but the difference is there—though the Quest has an AMOLED screen with deeper blacks. Compromises either way, in that department.

Regardless, it was hard to imagine buying an Oculus Rift S instead of a Quest when they launched back in April, and it’s even harder now.

Link isn’t graceful. It’s a hardware hack, especially in beta with a random Anker USB-C cable jutting out the side of your head. But it works, and that’s enough. I want PC-based VR, I we:ant games that look great, that take full advantage of the Nvidia GeForce RTX 2080 Ti inside my machine. That said, I’ve used Quest more than any other headset this year. Being able to put it on wherever and start playing Beat Saber or Vader Immortal is a level of convenience that offsets the performance limitations.

I still see some value in higher-end PC headsets. The Rift S felt like a lateral move for PC-based VR, an evolutionary dead end, but Valve’s Index is a stunning piece of hardware. If you want the best experience possible in 2019, the highest fidelity and the most precise tracking, then you want the Index—and it can be yours for the low, low price of $1,000. Most people are not going to buy an Index. No, not even for Half-Life. 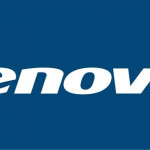 Lenovo Teases Launch of a New 5G Device, May Announce Its Own 5G Chipset 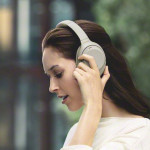 Best noise-canceling headphones 2019: the top headphones for travel and commuting

Don't miss a deal at Marks and Spencer
Best offers at Intuit Small Business
Discounts, Sales and Deals at Go Daddy
Save your money with House of Fraser
Online-Shopping with Bodybuilding
Best products at Udemy