Microsoft is working on an upgrade for its Teams collaboration platform that builds upon an existing fan-favorite feature.

Currently, the Teams live captions option, which generates a meeting transcript in real-time to help ensure everyone can follow the thread of conversation, is available to English-speaking users only.

However, as per the Microsoft product roadmap, the feature will soon support a variety of additional languages. According to the listing, Teams will offer live captions in German, French, Spanish, Japanese, Brazilian Portuguese, Dutch and potentially more.

The feature expansion is still in the works, however, and isn’t expected to roll out until July.

With the rise of remote working, commentators have predicted that companies will look to hire from an increasingly international pool of talent, as opposed to recruiting from within a specific country or city exclusively.

There are a number of benefits to hiring from a deeper roster of candidates; it means companies will be able to select new recruits based on suitability alone, without having to consider logistical factors, and also have a wider range to choose from.

However, this phenomenon also means businesses will likely face new language-related challenges. While English, for example, may remain the language spoken by the largest proportion of employees, the number that speak it as their first language may drop significantly.

By allowing non-native speakers to supplement meeting audio with captions in their first language, Microsoft Teams minimizes the chances of a misunderstanding.

The Teams live captions feature is also an important tool for anyone with hearing loss. By expanding the feature into a number of additional languages, a larger number of Teams users across a wider range of geographies will be able to participate in meetings more effectively.

Members of the hard-of-hearing community have had to campaign hard to democratize access to features such as this one. The consensus is that technology providers could do more to support users that face additional barriers.

“People with hearing loss have trouble communicating in many situations, leading to isolation and loneliness during normal times,” explains a Change.org petition backed by almost 80,000 signatories.

“Today, amid Covid-19, things are even tougher. In-person conversation has moved online, leaving many people with hearing loss few options for connecting.”

The news that Microsoft will expand upon this important Teams accessibility feature will be considered a step in the right direction. 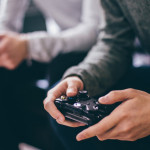 Xbox Series X was Microsoft's 'most successful launch' in its history

Don't miss a deal at Vimeo
Best offers at Adobe
Discounts, Sales and Deals at Argos
Save your money with Mobiles
Online-Shopping with Turbo Tax
Best products at Currys